You Can Believe in Democracy and Oppose Trump 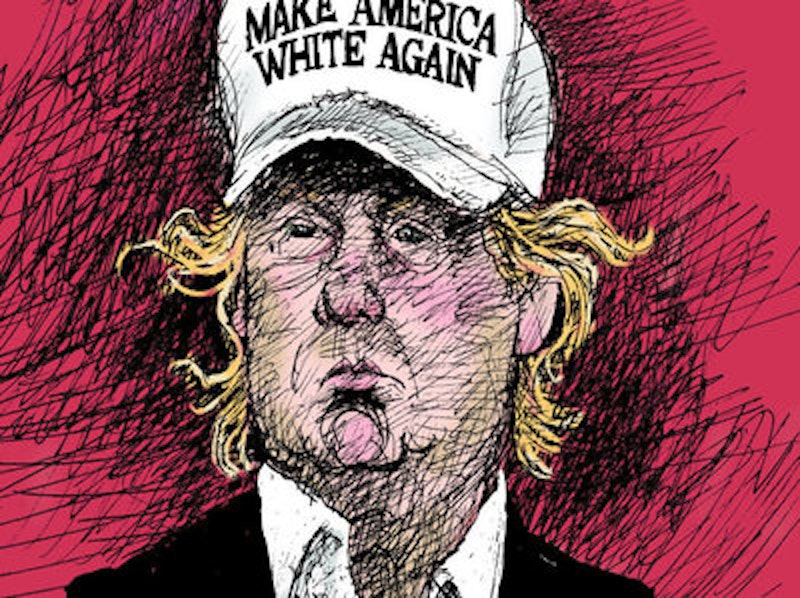 Evil, when recognized, must be immediately and brutally destroyed. There can be no compromise, only condemnation and swift retribution. If you aren't with us, you're against us.

That's logic that George W. Bush could love. But it's also the position of leftist and resolute anti-imperialist Michael Tracey, who recently posted his bewildering argument in a short essay on Medium.

Tracey was a diehard Bernie Sanders supporter, and he’s contemptuous of Hillary Clinton. He sees Donald Trump as a normally bad Republican politician. I think he's wrong, but it's a point on which reasonable people can differ. Besides, Trump has fooled a lot of people in his time. If Tracey's been conned as well, that's not his fault, but Trump's, in my view.

But Tracey goes on to argue that anyone who does think Trump is a fascist must resort to extreme anti-Trump actions or else admit to hypocrisy and cowardice. "If it’s true that Trump is a fascist on the order of Hitler—meaning that he is 270 electoral votes away from appropriating the mechanisms of the most powerful state in world history to fulfill his catastrophic vision—then whatever forces might have incubated or enabled him along the way are not just worthy of condemnation, but outright purging," Tracey declares. It's not exactly clear what the "purging" is, but he seems to mean something between shunning of everyone associated with Trump (including his wedding guests) and/or tossing them in prison. When I communicated with him on Twitter, he suggested that a Trump election should be met with armed resistance by those who consider him a fascist.

This is preposterous. I call Trump a fascist because he engages in extreme racist demagoguery and is on record advocating for sweeping totalitarian restrictions on civil liberties. I think he'll do real, lasting harm to America if elected president—though I don't think he'll be able to institute a genocide or World War as Hitler did.

Trump is bad. But you know what else is bad, and would do lasting harm to America? Violent insurgencies are bad. Abandoning the norms of democracy as soon as they're threatened is also, in my view, not good. Using guilt by association to tar and stigmatize thousands or tens of thousands of people would be incredibly damaging to civil society.

In Tracey's world, as soon as fascism rears its head, you resort to the methods of fascism—extra-legal violence, smears, the embrace of ends over means—or reveal yourself as a hypocrite. This is silly. I fear Trump, in part, because of his threat to democratic norms. That's a reason to uphold democratic norms, not to abandon them. And yes, it's a reason to uphold democratic norms even if Trump is elected. Trump with access to nuclear weapons is terrifying. A coup in the United States, or a civil war, with nuclear weapons floating around, is, in my view, even more dangerous. Dramatic violent action is fun in the movies. In real life you need to balance possible harms, and not rush off to wreak havoc just because some confused souls like Michael Tracey want to see blood on the walls.

To be fair, it's not clear that Tracey understands the implications of his thinking, or that he's even thought about his thinking beyond, "This'll show those darn Hillary supporters!" His essay isn't really about what you should do when confronted with fascism. It's about how much he hates Hillary Clinton, and how frustrated he is that she's running against a man who many people see as unfit, frightening, and more criminal than she is.

As it happens, Clinton is not my first choice for president either, nor my 100th, and I’m not pleased that the choice I have is between her and someone who, almost impossibly, is much worse. But hating Clinton is no reason to blind yourself to what Trump is, and even less reason for anti-imperialists to casually stumble into the logic of warfare and imperial violence. When you're a leftist and you find yourself echoing George W. Bush in a convoluted effort to defend a right-wing shithead, it's maybe time to reassess.