Or much of anything. 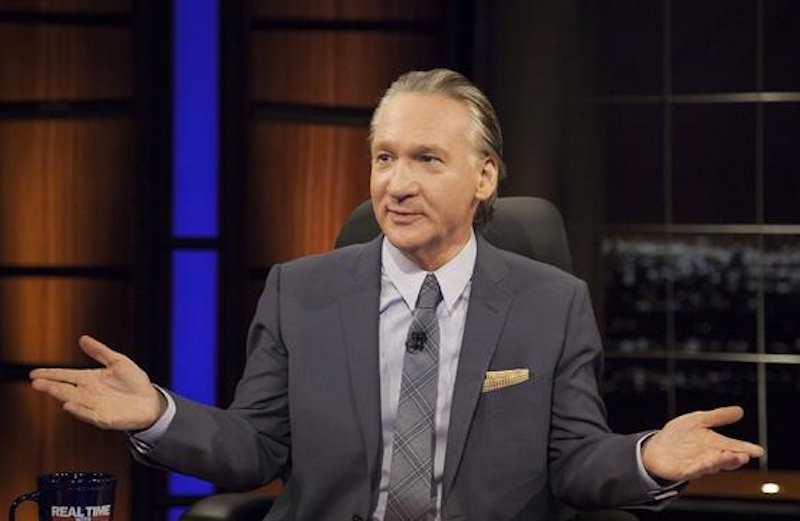 The appeal of Bill Maher has eluded me for many years. Although as a young Al Franken-loving liberal I found his acerbic wit appealing, the more I actually learn about, you know, the world, the less I can stomach his smug assurance that he's in the right of every conversation he’s in. On last week’s episode of Real Time, however—his last before a month-long hiatus—Maher was so staggeringly wrong that I can’t ignore him anymore.

It should come as no surprise to followers of this column that Maher’s remarks in this case were about trans rights. They came during Maher’s final “New Rule,” in which he decrees that all issues that aren’t “defeat Trump” must be put on hold until after the election. One wonders how Democrats are meant to dent Trump’s poll numbers without appealing to issues voters, when pointing at that carrot-orange bag of narcissistic racism and yelling “He’s literally advocating fascism!” hasn’t worked—but never mind! What Maher really has in mind is that “boutique issues” should be shelved—issues like Maher’s pet project, pot legalization, and, oh, let’s say trans rights.

As Mari Brighe notes in The Advocate, the juxtaposition of these two things alone “as if being unable to buy pot legally were somehow equivalent to the decades-long systematic oppression and violence faced by transgender people, as if that ‘sacrifice’ were in any way similar to what trans people face every single day,” is massively insulting. But Maher didn’t stop there, following a disclaimer that he wasn’t trying to “throw the transgendered [sic] under the bus” with a joke about how our “struggle” is “finding pantyhose when you’re 6 foot 4.”

So before going any further, I have to say outright: Fuck you, Bill Maher, and your rich white liberal elitism. You act as though you’re the mouthpiece of the true, rational, stand-up-for-the-little-guy left, but have the gall to spout casual transmisogynistic stereotypes and call it comedy? You’re more of a joke than your material is.

Maher went on to explain that Democrats are too easily distracted by niche issues, which has cost them elections in the past, and that focusing on “symbolic fights over college pet peeves” would undermine Clinton’s shot at the White House, dooming us to four years of despotism in a toupee. Maher is clearly blinded by his own ire; his outrage at outrage itself prevents him from seeing a real issue when it’s peeing next to him. There are at minimum 1.4 million transgender Americans. More are born or come out of the closet every day. Bathroom bills affect every one of them, and if Maher doesn’t think systematic discrimination in public facilities against a million people is an issue the Democrats need to tackle, then I seriously question his credentials.

But bathroom bills (the focus of Maher’s snide wrath) don’t exist in a vacuum. They’re symptomatic of rampant transmisogyny in American culture, especially (but not exclusively) across the South. The fight against anti-trans legislation is not just a common-sense battle for urination rights; it’s part of a long war pitting trans Americans against those who seek to weaponize hate by denying us the right to exist safely among our fellow citizens. And just like any war, there are casualties. I’d tell Maher to ask Skye Mockabee about it, but he can’t: she was beaten to death in a parking lot in Ohio last month, the 18th known trans homicide this year. Mockabee was a trans woman of color; though I make a lot of noise about how dangerous it is for all trans people to navigate cis society, trans women of color face the deadliest consequences for their visibility. Is the intersection of racism, sexism, and transmisogyny too niche for Maher to consider a vital issue? If so, we need to ask: why does anyone still take him seriously?

What Maher wants most is for us to stop talking about trans rights until November, at which time we should continue not talking about them and let Hollywood take care of it “like [they] handled gay rights.” In what world does Maher live in where gay rights are fully secured, or that trans people can trust Hollywood at all? At a time when trans rights are at a true crossroads, the last thing needed is smug liberal elites to rest on their laurels and pooh-pooh our activism. So no, Bill, we’re not tabling this discussion. All you’ve done is demonstrate how necessary it really is.