Does Nicolle Wallace Have Mother Issues With Hillary Clinton?

I guess not, but what a baby. 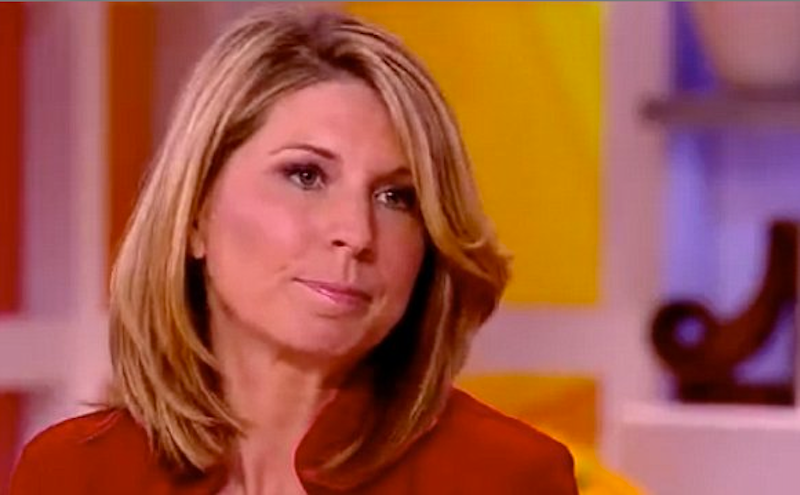 Don’t lose a political party. If you do, you’re stuck. The other party, the one you’ve always hated, won’t change around to make you at home. It’s going to keep on being itself. Meanwhile, you’ll be the asshole that had a party and lost it. I say this to Nicolle Wallace, an anti-Trump Republican who talks into a throat mike for MSNBC.

After listening to Hillary Clinton’s nomination speech, Wallace began speaking in loud and rising tones. Sometimes the tones amounted to a whine, often to a squawk. She sounded like the caterer had really screwed up and she was telling the story.

Wallace: “What Obama did with his speech is try to soften the ground with Republicans, and I think she squandered that completely. She gave a very partisan speech. I think if Obama said ‘Come, conservatives, we will find you a safe harbor inside the Democratic tent,’ she shoved them back out with what sounded like a Bill Clinton State of the Union. There was nothing in the speech tonight for Republicans.

“Conservatives have been swooning on Twitter and on television from the moment President Obama’s speech started through every moment of tonight’s prime-time program. After the Khans spoke about their son, a Muslim-American who died protecting this country, I think that Republicans were going to pass out with affection for everything that happened in this convention. I think that ended when she took the stage and presented run-of-the-mill class warfare and an incredibly comfortable embrace of an extremely progressive agenda.”

Rachel Maddow wanted to know if Wallace meant the speech was hostile to Republicans. Wallace: “Not anti-Republican, but I think Republicans who are not comfortable with Trump, are now once again political orphans. There was nothing in what she said tonight that sort of reinforced what Obama did. Obama last night indicted Trumpism. He didn’t indict Republicans or Republican policies. He stayed away from the lot of ideological things that keeps Republicans away from the Bernie Sanders wing of the Democratic Party. She hugged it, she played to the crowd, and it worked well in that room. But I don’t think that’s a message that really puts her in play in the places where she’s not doing as well.”

That last sentence is mundane, but Wallace said it as if fighting for high-mindedness against indifference. She sounded plaintively indignant, as if saying, “That’s not an agenda that sends a message of hope to our young people” or “Where’s the kind of inclusiveness the community needs to heal?” That tone, but with strategist talk.

After more byplay: “It just wasn’t a message that’s going to do anything. What Obama did was extraordinary. He gave a speech that made conservatives feel more attached to him than to our own nominee. She did none of that. She didn’t speak to conservatives or conservatism or the good on the other side of the aisle at all. She didn’t speak about the country, she talked about herself and her policy agenda, which is now the Bernie Sanders agenda, not even the Bill Clinton agenda.”

Let me begin my rebuttal: anti-Trump Republicans didn’t become political orphans when Hillary Clinton opened her mouth. They’d been orphans all along, even during the Obama speech. As noted, these things happen when you can’t hold on to your party. Next point: Hillary “talked about herself and her policy agenda”? I think that’s a first in criticism of nominees. And Hillary did talk about America (“13 unruly colonies,” and so on). Wallace couldn’t hear it because of her shock upon learning that a Democratic nominee doesn’t have Republican policies.

Third: Wallace has trouble with boundaries. She talks as if advocating Democratic policies is the same as attacking Republicans. She talks as if things that belong to America as a whole really belong to conservatives. She talks as if the Democratic Party owes her something just because she needs something. And she talks as if Hillary Clinton ought to keep her mouth shut about herself while providing for the urgently felt needs of Nicolle Wallace. Which suggests that Wallace has mother issues re Hillary, but my guess is no. Wallace would take a childish view of the situation no matter who the nominee was, though maybe having a woman makes it worse.

Finally, Wallace talks like a Republican. That’s why her comments are worth paying attention to. She’s spent her adult life as a Republican operative and flack and belongs to the breed. Even with her faction humiliated and her head separated from her shoulders, she rattles out the venerable attack lines (“a very partisan speech,” “run-of-the-mill class warfare”) and cleaves to the belief that what hers is hers and the rest is negotiable.

If this behavior sounds like the man her party just nominated, there’s a reason he chose that party. They deserve each other, we deserve neither of them, and I’m glad Hillary didn’t give a speech Nicolle Wallace liked. I feel safer that way.

Also, it’s silly to talk about a harbor being inside a tent.