A self-proclaimed “less judgmental” Katha Pollitt says Democrats need to shove Boomers away; and why I have to scrape avocado slices off sandwiches. 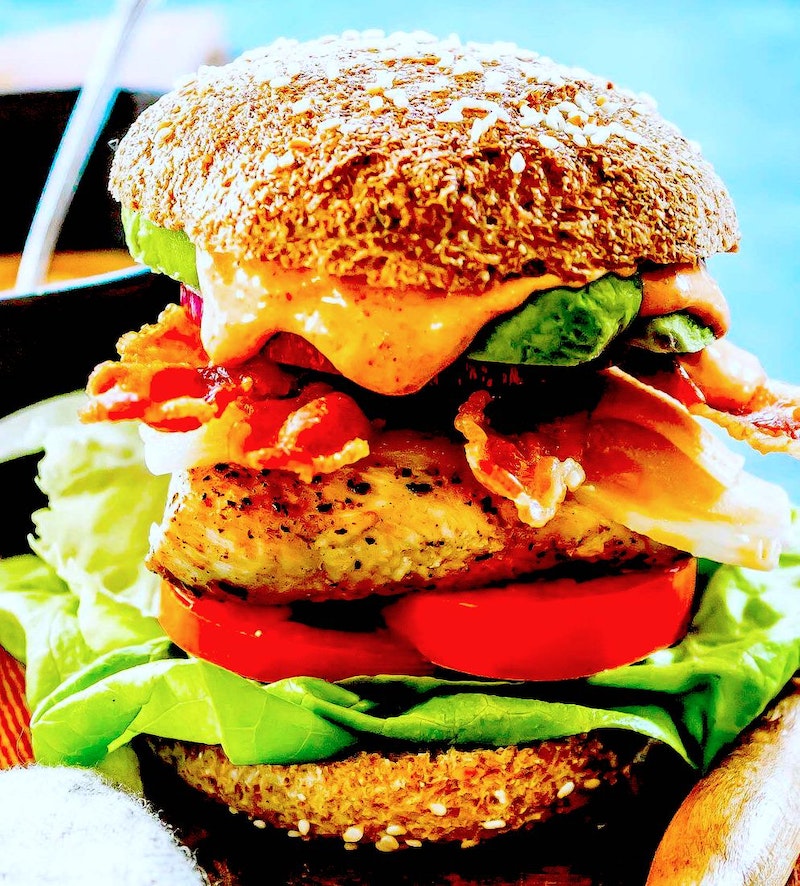 Earlier this week I came across a strange Nation column by Katha Pollitt, sensibly headlined “The Democratic Party Shouldn’t Be a Gerontocracy.” Pollitt’s writing from a liberal (progressive? left-wing? I’m not sure what labels these Democrats want anymore) perspective—decades ago, when I subscribed to The Nation mostly for Alex Cockburn’s “Beat the Devil,” Pollitt was hard to read without subsequent indigestion, but she softened, and the 2014 movie Learning to Drive, based on her New Yorker essay, was great—but I can’t argue her point. She cites the fact that 46 percent of Senate Democrats and 40 percent of House Democrats are over 65, and that’s no good for her party. I say “strange” since she doesn’t name any under-40 current lawmakers from her party who need to rise in the ranks. Maybe she can’t think of any.

(By contrast, in a silly article for The Bulwark—the anti-Trump website staffed by onetime Republicans whose Beltway passport was rescinded by the 45th president—A.B. Stoddard, in suggesting the “successful” Joe Biden not run in 2024, does suggest several younger candidates, like Gov. Jared Polis, Mayor Pete, Sen. Mark Kelly, Sen. Jon Ossoff and so on. She says Boomers like Biden, Bernie Sanders and Nancy Pelosi should step aside: I guess she believes that anyone born after 1939 is a Boomer. Once again, “The Silent Generation” gets short shrift!)

Pollitt adds, “Republicans in Congress are also way up there, but that’s their problem,” which is indicative, I think, of hardline political writers of all views who consider their opponents loony. Also, this beaut: “I’m not saying younger politicians are automatically more in touch with the struggles of ordinary people or are ready to help them. Kyrsten Sinema is only 46, and she’s basically Joe Manchin (74) in a dress.” Her use of the word “ordinary” to describe Americans other than her own clique—and that’s an offensive slur that’s used every day, again, by “elites” or “influencers” who can’t comprehend that people are “different,” but not “ordinary”—is bad enough, but isn’t there some sort of unwritten law today that calls for Pollitt’s censure for the “dress” remark about Arizona’s Sen. Sinema? Maybe it’s too picayune—and Pollitt’s a “good one” because she’s progressive, liberal or left-wing—and besides I’ve surpassed my allotted number of citizen’s arrests for this calendar year.

Continuing, Pollitt (who’s 72) expresses sympathy for younger people mired in economic distress, remembering decades ago “you could live in New York City with a part-time job and not need five roommates to survive.” Because everyone lived in NYC! People of every generation have a unique set of hardships and benefits, but why let common sense, or history, get in the way? She shoves on: “If you’re going to be paying off student loans till you’re 40, you might as well have—yes—that avocado toast and a $5 latte to go with it.” That mindset, whether true or not, did remind me of when I was 20 and got fired from a part-time job at college and said, fuck it, and blew too much money on an Italian dinner at a restaurant called Pecora’s in Baltimore.

But it was the avocado toast invocation that made me think. I don’t understand the popularity (or price) of the now-ubiquitous café item that’s roundly parodied—not by me, just another food fad or possibly an enduring staple—but it’s a regular for one of my sons (28), who orders it for breakfast, topped by a fried egg, several times a week. Food choices aren’t up for debate in my book: it’s easy to poke fun at people who eat fast food, spend $1000 on a restaurant meal for two or love Olive Garden, but so what? As a youth I regularly ate peanut butter and leftover pot roast sandwiches (alternating with baloney with cream cheese sandwiches with a big dill pickle spear in the middle), and just sloughed off the sour looks of schoolmates.

What I don’t like about the proliferation of avocados is that it’s almost impossible to buy a sandwich today that isn’t gussied up with slices of the fruit, usually under a forest of lettuce that, kind of fraudulently, if you ask me, makes the sandwich look bigger. I have to perform surgery, removing the avocado that rests atop tuna fish, chicken salad, turkey or ham and cheese. It’s a chore! My wife makes a superb guacamole, and with some salsa, that’s a perfect taste differential for my dinner. Growing up in produce-rich (at least in the summer and fall) Long Island, we had peaches, tomatoes, corn, plums and apples available all over, but no avocados. I can’t remember even seeing one until I was 18 and visited my brother and girlfriend (later wife) in San Francisco. Teresa made guacamole one night and it was, using the parlance of 1973, mind-blowing, as were the cheap Mexican restaurants I went to in Berkeley during my first trip west of Chicago.

Before college, the only “Mexican” food I’d ever consumed—when I lived near Trenton for my last year of high school—was from Jack in the Box; really greasy tacos and burritos that I ate while driving an old Dodge station wagon around town, no seat belts, but window open to air out the pot and tobacco smoke. There might’ve been a Mexican restaurant in Huntington, but if so I never went there. A slop Chinese joint called Mei Ting (this was before Szechuan and Hunan took over), which I loved for the “exotic” egg rolls and chop suey, and of course the pizza places and delis with Italian heroes (Monaco’s, by Mill Dam Park, stands out), that just aren’t available today.