Threatens people with his Glock, but afraid of a grieving dad. 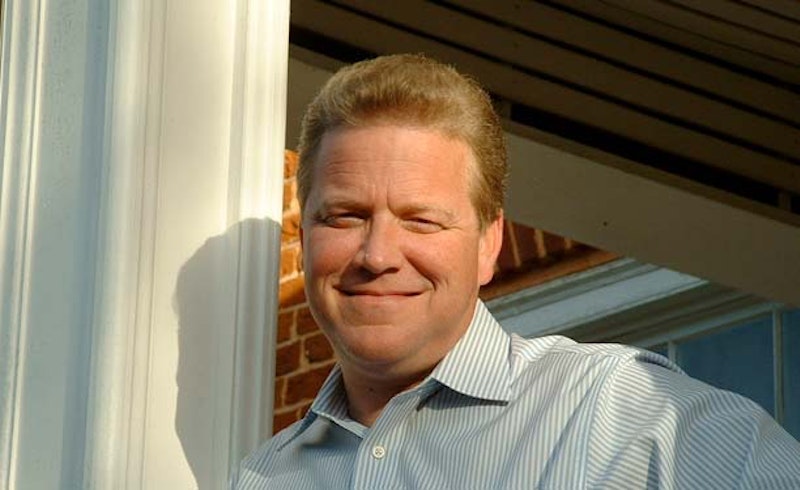 “I’m going to be your worst nightmare you little bastard.” That was the first "threatening" message—delivered via Facebook—that Virginia State Senator Bill Stanley received from his constituent Andy Parker. This so upset the politician that he filed a police report, after which he submitted applications for concealed carry gun permits for himself and his wife. "We are proud firearms owners, but I never felt the need for a concealed carry permit until now,” he said. First of all, why are they "proud" gun owners? Guns are just tools, as the NRA always reminds us, but nobody says they're proud to own a chainsaw. More importantly, who runs to the police when they get such a message, especially one who is engaged in the rough and tumble business of politics?

Andy Parker's daughter Alison was the Roanoke reporter who was gunned down on live TV in August. As it turns out, Parker also sent another, explicitly violent Facebook message to Stanley reading: "YOU DIDN’T EVEN HAVE THE DECENCY TO REACH OUT TO OFFER A LAME CONDOLENCE AFTER MY DAUGHTER ALISON BAILEY WAS MURDERED IN YOUR DISTRICT. WHEN YOU SEE ME AGAIN, YOU BEST WALK THE OTHER WAY LEST I BEAT YOUR LITTLE ASS."

Oddly enough, it was pro-gun control Parker's first comment that sent Stanley scurrying for a permit, but why would anyone feel the need to carry a gun if a distraught father had threatened them with a beatdown? He said he was going to use his hands, after all, not to mention the minuscule likelihood of him ever following through on the threat. If he somehow does manage to come at you, defend yourself with your fists, like a man. That way no innocent bystanders get shot, or he doesn't wrestle the gun from you and shoot you. And why get a concealed carry permit for your wife, who was not threatened?

Democratic Governor Terry McAuliffe got in a shot at the Republican Stanley on his radio show, telling the senator to "man up," and adding, "Come on Bill, you’re tougher than that.” Stanley did not appreciate his manhood being impugned, calling the governor's comments “appalling and quite stunning,” continuing, “He needs to be helping the healing, not agitating the situation with such flippant comments.”

Perhaps anti-gun control Senator Stanley might want to help the Governor with the healing. Certainly whatever discomfort he felt over Parker's intemperate words is dwarfed by the magnitude of the father's grief. He could’ve offered condolences to the family after the tragedy, but chose not to. The man is obviously out of his mind with grief, so find another way to deal with it if you want to call yourself a leader.

The irony here is that Stanley has a history of bravado when it comes to his own gun ownership. When challenged by Democrat Roscoe Reynolds in a newly drawn 20th district where he did not own property, he rented a house for eligibility purposes. There was some doubt about whether he actually lived in the house, and when a reporter asked him whether any Democrats had come by the verify his residency, Stanley replied, "Not that I know of, unless they want to get a face full of my Glock."

So Senator Stanley feels free to threaten opposition campaign operatives, who have every right to verify that he lived in his rental property, but gets whiny when a distraught man with no published history of violence threatens to punch him? This is the quintessential behavior of the bully when the tables get turned on him. The signal he's sending is that everything can be settled with a gun. Did Roscoe Reynolds make a fuss when Stanley threatened to make one of his operatives taste gunmetal?

I’ve no sympathy for Stanley, who, like many NRA backers, likes to talk tough about his gun ownership but loses his cojones over some Internet words. He's merely a grandstander who set himself up to get emasculated by McAuliffe. Senator Stanley opposes reasonable gun-control measures that are far from "gun-grabbing," and this has enraged someone with a perfectly good reason to support such measures. Andy Parker reacted inappropriately, but Stanley took the low road, lacking the courage to defuse the situation more maturely.