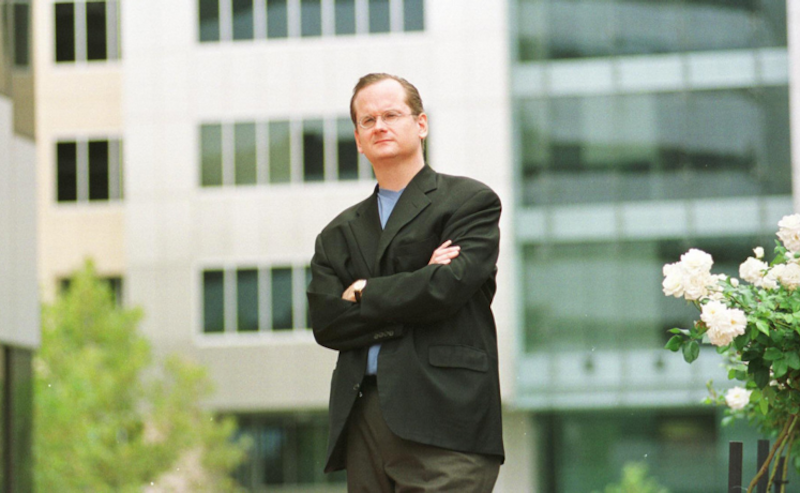 As a sane, normal, fair-minded person, you probably think the two major political parties set their debate-participation and presidential primary rules years in advance and then stick to them. You’re wrong, as the doomed Democratic campaign of Lawrence Lessig learned the hard way in recent weeks.

A consultant to the campaign has written about how the Democratic National Committee kept changing the rules for debate participation at the last minute—or even retroactively—to ensure Lessig wouldn’t quite qualify. We can’t have anyone smart, articulate, and centrist enough to pose a real threat to Hillary Clinton getting up on that stage.

Libertarians will be reminded of the way that Mitt Romney, as if he didn’t have enough built-in strategic advantages already, was coddled by the Republican National Committee, which carved up the awarding of electoral votes in ways nearly guaranteed to garner Romney the nomination and prevent the dreaded (and wonderful) spectacle of a convention floor fight, in which the doomed Ron Paul electors might have had one last shot at pretending they could beat the system (and unpopularity) and win.

The sad irony in the Lessig situation is that he, far more than the Ron Paul fans, really loves the process of democracy when it works well. Mere months ago, he entertained naïve visions of helping to inspire cyber-constitutional conventions and the like. Now he has suspended his campaign and knows that reform is no match for Debbie Wasserman Schultz and the rest of the DNC.

The whole fracas is a reminder how fragile Clinton is as a candidate and how far the Democratic Party, the media, and the Republicans (given their internal division and oddball lead candidates) must bend over backwards to ensure Clinton has no serious competition.

And when she is finally anointed president, it doesn’t even appear that any other Democratic candidate will have had enough support to be “owed” by her in the way Obama needed to throw her some sort of bone after the close 2008 primary (and thus rewarded/sidelined her as secretary of state). Martin O’Malley is down around two percent in the polls, and though Bernie Sanders is a formidable force, he’s too old to make an obvious choice for vice president. Normally, you want someone younger and healthier who could plausibly succeed you and carry on your legacy, especially someone who’s a well-behaved team player, not a Fidel Castro-admirer like Sanders (or for that matter New York’s Bill de Blasio).

I’ve said it before and I’ll say it again: democracy simply doesn’t work.