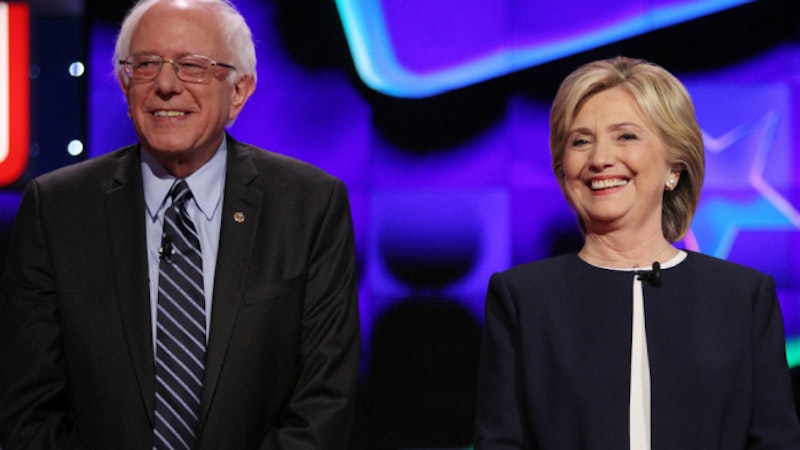 If opinion pollsters refused to poll till a month before the Iowa Caucus, we'd probably be better informed about the race than we are now.

That seems counterintuitive. After all, without polls, we'd have no sense of where candidates stood in popular opinion at all.  Just this week a new NBC/Wall Street Journal national poll was released showing that Ben Carson has pulled ahead of Donald Trump nationally (Carson 29 percent; Trump 23 percent). On the Democratic side, Hillary Clinton is up 62 percent to Bernie Sanders' 31 percent.

That's useful information, right? Trump’s been ahead in polls forever; if Carson is leading now, that's big news. Clinton's polling has also been up and down; if she's starting to pull away from Sanders, that's important information, and could have major effects in the primary.

There's only one problem. Most political scientists agree that polls out this far don't actually mean much of anything. "A coin may be able to predict a nominee as well as polls in the fall before the general election," Jennifer N. Victor writes at Mischiefs of Faction. At this point in 2008, Rudy Giuliani was polling at 30 percent, and Clinton was polling at 38 percent. Neither won the nomination.

Clinton's polling strength now is significantly greater than in 2008… but it still doesn't tell you a whole lot. Sanders isn't a well-known national figure. Most Americans don’t know who he is. Clinton's been a national figure for decades. She's crushing Sanders in polls, but that's more name recognition than anything else.

Similarly, on the Republican side, Carson's ascent doesn't tell you that he'll win the nomination; he almost certainly won't. All it lets you see is the myth of Trump's invincibility y was a myth. Earlier polls that showed Trump winning aren't any more reliable than the polls showing Carson winning.

The obsession with polling distracts from measures which do have a pretty good record of predicting nominees. Endorsements have historically tracked nominations fairly closely. On the Democratic side, Clinton has 391 endorsements by senators, governors, and representatives. Sanders has two. In other words, Sanders' polling is probably overstating his chances at the nomination.

On the Republican side, it’s scrambled. Jeb Bush leads with 37 endorsements, Chris Christie has 25 and Mike Huckabee has 24. Really, though, compared to Clinton, they've all got next to none—which is to say the primary is still pretty open. The one significant bit of information is that neither Trump nor Carson has any endorsements. Which suggests their polling strength is particularly deceptive.

So, what if polling firms agreed not to poll until it had some predictive value? What would happen? Reporters would be forced to figure out the horse race using other metrics. Clinton would still be the prohibitive favorite on the Democratic side, but on the Republican end, candidates like Trump and Carson would be little more than footnotes. Nobody would take them seriously. Their candidacies are built on polls.

This cycle of hype has real effects. Buoyed by their perceived polling strength, Trump and Carson have been able to push for changes in debate rules, for example. The perceived danger from Trump may have led the GOP establishment to push out Scott Walker early in an effort to consolidate support.

It's hard to say whether these effects are good or bad. And since I loathe Walker, I'm just as happy to see him fail humiliatingly. Besides, the horse race itself is fun; people like reading about Trump, which is why there's so much Trump coverage.

Still, if the goal of the media is to educate, rather than just entertain, then all the polls, is not making any of us any smarter. On the contrary, it misleads journalists and the public alike about the state of the race, and about the state of the country. The much-touted anti-incumbency sentiment, for example, is a meme built almost entirely on polling, which, again, this far out doesn't actually mean anything.