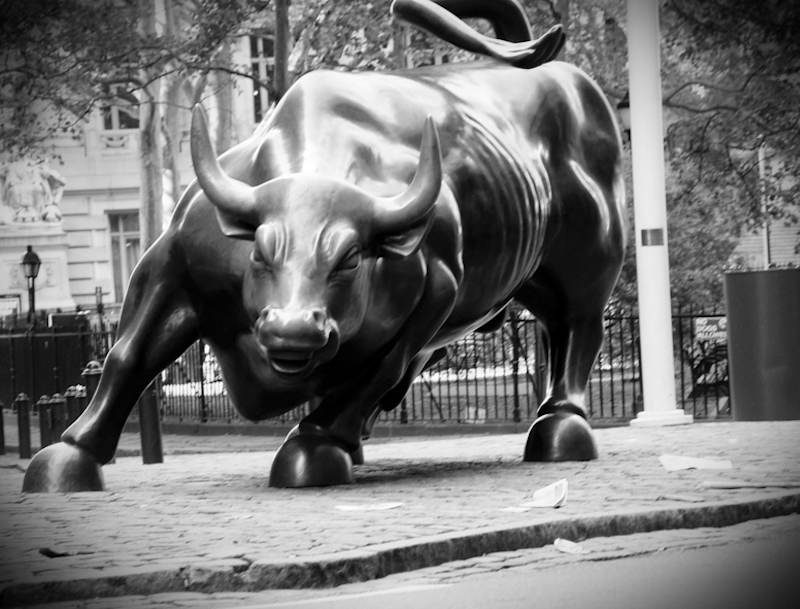 I’ve spent a lot of my youth criticizing free market ideology and its proponents. This time, however, here’s a defense of it. Supply and demand are easy concepts. The way they interact and effects they produce are also simple to understand. The problem is to confuse theory with reality—to ignore empirical data when it’s at odds with our assumptions and aspirations. Most proponents of the free market are willing to disregard criticism regarding their assumptions and assign any other element of blame for the undesired outcome produced. That’s the No True Scotsman fallacy at work.

The market is a creation of the state. In order for it to work, it requires an independent party capable of settling disputes, enforcing and protecting contract laws and property rights. In the real world, supply and demand are not the only forces at work. The state element lies between them, and it’s not an intermediary agent. By imposing obligations such as taxes, fines, and fees on the public, extinguishable only in state currency, the state creates unemployment. Then, the state spends in order to provide itself with the necessary labor and materials for its purposes (the military, the court system, the police, roads, bridges, etc.).

It gets more complicated in practice, but in theory if too few people show up to take government jobs, the state increases the tax—if too many people show up, the state reduces the tax. Why do people accept work in exchange for government currency, which they need to settle obligations owed to the state? Because there are legal repercussions if they don’t; temporary loss of freedom, confiscation of property, community work, etc. The state’s a vehicle of coercion. Coercion works. Coercion is efficient. Persuasion isn’t efficient. Show me a surplus-producing society based solely on voluntarism that has survived the ages up to the present. There is none.

The most efficient societies employ taxation in money, not commodities. One example: this year is the 150th anniversary of Japan's Meiji Restoration, one of the most important modern revolutions of the non-European world. A key element of the Meiji Restoration reforms was to end taxation in grain. The government placed a money tax on land, calculated on the land's potential, instead of the actual crop yield—and landowners were made responsible for the tax, not the farmers. For a better understanding of all this, here is a short clip in which Charles Marohn explains the difference between the property tax and the land-value tax. You’ll understand why the former is bad policy and the latter, good.

So what about the free market? Freedom is an ideal, but in the real world we have to work with laws and deeds. The vast majority of free market advocates claim the state needs to keep out of the market in order for it to deliver positive results. But more often than not, the market fails to deliver results precisely because the state is masterfully inactive. The non-government sector has periods of leveraging and de-leveraging, and this doesn’t happen in a void. The government impacts the business cycle, and the business cycle impacts the government. There’s no escaping that dynamic, even if government wished to stay neutral. If we want prosperity, the state must capture economic rent, combat the formation of cartels, foster public investment (projects which benefit the country as a whole and are too large for private agents), and it should achieve and maintain price stability and full employment via fiscal means.

Free market advocates will say, “This is socialism! This is statism!” If they choose to apply those adjectives to the above, they should label Carl Menger a socialist too. He was the founder of the Austrian School of Economics. You can find out more about Menger’s view on government’s role within society in a previous article I wrote for Splice Today.

Why am I attempting to defend the free market? Because markets cannot be free so long as rent-seeking is allowed to go unchecked. One of the principles of classical liberalism was that property should belong to those who best make use of it. The renter class doesn’t make use of it in an efficient manner. By not capturing the entire value of land, the state leaves the biggest free lunch in the hands of a few at the expense of the real economy. Everybody works, but the rent-seeker. His profit is unearned increment made possible by the presence of communities and the enterprise of their people. Profits made without labor, risk, investment, and without a cost of production by simply owning that which was provided by nature and slapping a private surcharge on it. Whatever rent-of-location the state relinquishes is available to property owners as rent, or to money lenders as interest. It’s important to observe that a lot of capitalists are also rent-seekers and vice versa, but not all capitalists are rent-seekers.

Complex and unfair government regulations hinder the market’s activities, but the solution to those regulations is not to end all of them. People across the political spectrum should familiarize themselves with the writings of Henry George and Karl Marx. Believers in equality and meritocracy should focus on attacking land rents, cartel rents, and technological rent. On this matter, the left and right ought to be natural allies.

We must stop conflating land with capital. We can’t speak of the free market when the market is not free of rent-seeking, just as we can’t talk about “democratic control” over the means of production when all decision-making happens at the top. The ideal of the free market’s been polluted. Most who preach it today, knowingly or not, are preaching slavery as freedom, feudalism as meritocracy. Nonetheless, a market free of economic rent and government corruption is a worthy thing to champion.