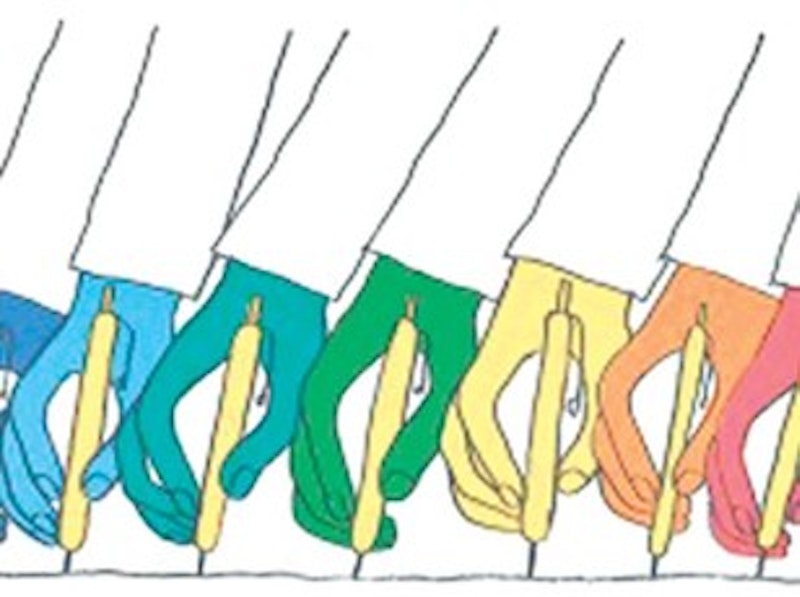 What if the constellation of ideas or psychological attributes that you thought naturally went together doesn’t? What if, say, you crunch the numbers and are surprised to find out patriarchal cultures or households are less prone to violence than matriarchal ones? What if technology tends to make people more empathic? Can you handle the truth?

Take Iran. We can all understand why moral philosophers spent much of the past two centuries urging us to think beyond our own tribe, to become universalist, utilitarian or globally-liberal in outlook, in order to reduce the awful tribal impulse to smash the next tribe over. But what if we reach a point in history at which it’s the universalists who have grown arrogant? What if, to borrow philosopher Peter Singer’s phrase, you “expand the circle” of empathy (or at least moral concern) so far that you begin having delusions of grandeur and think it’s now your natural role to refashion the entire Earth?

Might someone with such delusions become more, rather than less, likely to start wars with distant tribes such as the Iranians, due to imagining himself rightful guardian of peace on Earth?

On their good days, at least, that seems to be the question haunting some of the current crop of anti-war nationalists and populists. That is, what if the globalist humanitarians—who pride themselves on rubbing elbows with the scholars of a hundred nations—have a weird tendency to be the ones itching for “humanitarian” military interventions and, to put it in blunt terms, they end up killing more people than nationalists do?

I think that’s the sort of rethink that Sen. Josh Hawley was asking for in a recent speech to nationalist conservatives in which he slammed my fellow libertarians and emphasized the idea of America as a set of fragile communities instead of 300 million robust individuals. Make no mistake about it: I’m an individualist and non-religious and think Hawley’s mostly pushing conservatism in the wrong direction. But we should at least acknowledge that he, like several other prominent political figures these days, is moving in a political direction orthogonal to the textbook left-vs.-right checklist of views that dominated politics for the past several decades.

We’ll need some new terminology to describe newly-emerging populist and nationalist ideas. And it’d be dangerous to assume we can just slap old terms—particularly very damning ones—onto this new-fangled era and pretend to have understood it. Not all nationalists are anti-Semites, for starters, though that accusation was floated on Twitter about Hawley and his allies—and obviously some nationalists in the world’s horrible, bloody, stupid history have been anti-Semites.

Hawley’s speech criticized a few academics who happen to be Jewish, as well as one who isn’t—and one of the Jewish ones is a convert, for what it’s worth, my former philosophy professor Martha Nussbaum. But it sure seems as if he picked them for the right reasons for his philosophical purposes, pointing out how each had condemned tribalism or nationalism as evil, while he wishes to defend those things (I’m not fully on his side or theirs, but I see negative consequences arising from both worldviews and think it’s unfair to freak out over only one; every faction scares me).

Further, it strikes me as odd that if Hawley was trying to appeal to some inchoate Nazi streak in the current right he’d make a point of approvingly describing Jesus (a beloved figure in a roomful of ardent conservatives) as a radical Jewish rabbi. Maybe he was actually trying to get the whole room to convert to Judaism.

On the other hand, we know that even without transforming into full-blown fascism, nationalism can lead to bad places—“Somalia,” for instance. As with so many things Trump says, his rude crack about leftists who criticize the U.S. returning to their ancestral homelands probably shouldn’t be taken too literally, but then again, any libertarian like me must sympathize with someone told to leave the U.S. and head to Somalia, since so many libertarians have been told to do precisely the same thing.

There is, or for many years was, a surprising number of leftists who think all societies with little or no government look like Somalia at its war-torn worst (which tended to be when it had an active and contested central government, by the way, not when it was stateless). Where were the left-wing defenses of Somalia when that nation was being thrown in my face as an insult about once per week? As it happens, I met at least one very market-oriented guy who took the challenge, moved there, and worked wonders helping to set up cellular phone networks to help the nation “leap-frog” from phonelessness to modern communications technology, skipping the cumbersome cables-and-landlines phase and boosting economic activity.

Now that strikes me as a can-do American approach that translates into a more capitalist and American-looking world without having to either deploy troops or harangue foreigners into thinking like middle-aged American white guys. Win-win! Instead of arguing about whether Hawley and his nationalist allies insulted one tribe or lavished too much praise on another, I say let’s not take the bait offered by the elitist regulation-loving liberals, the warmongers, the more pessimistic and communitarian of the conservatives, or the tribalists of all nations.

Instead, remember the post-Cold War optimism of the 1990s for a moment and recognize that we can still make this whole world rich, a much more pleasant option. That might even keep some of the communitarian nationalists from being so sad.