The network's new leadership has made it apolitical, and some of the old guard's upset. 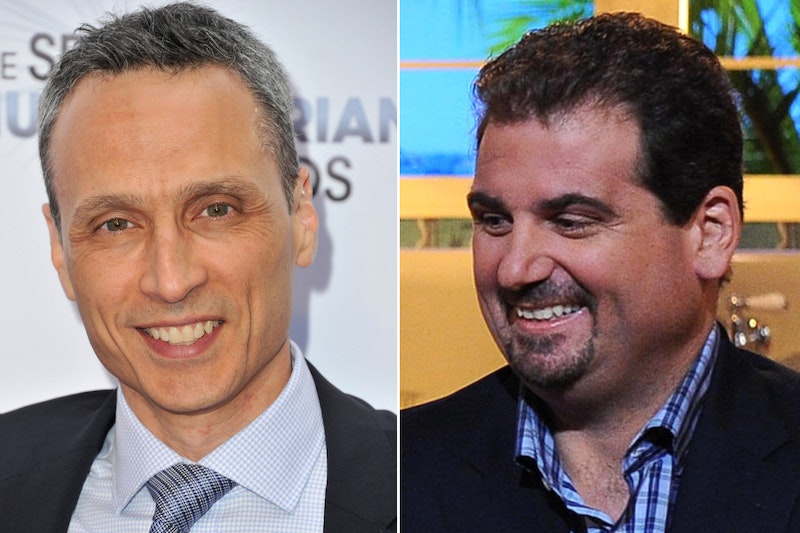 ESPN radio and TV host, Dan Le Batard, spoke out last week on his radio show about the “send her back” chants at the Donald Trump rally while also criticizing ESPN CEO Jimmy Pitaro for enforcing a “cowardly” no-politics policy for on-air employees—one he'd just purposefully broken. Knowing that suspending one of his stars would make him an instant martyr, Pitaro found himself in a tricky situation.

The sports network, under previous CEO John Skipper, was beset by tumbling ratings after becoming overtly Left-leaning and developing a paralyzing fear of offending anyone on the progressive side. In 2017, a handful of angry and confused Twitter people were able to convince ESPN to fire its tennis announcer, Doug Adler, over a misperceived racial slight to Venus Williams (wrongly as a lawsuit would establish). Laughably, the network pulled an Asian football announcer named Robert Lee from the broadcast team of a UVA game in the wake the 2017 white nationalist rally in Charlottesville that left a woman dead.

Skipper had to go. Pitaro took over in March, 2018 and began de-politicizing the network's commentary, unless there was an intersection with sports, such as soccer star Megan Rapinoe’s recent spat with Trump. Le Batard, the son of Cuban exiles, was “deeply offended” by Trump's xenophobic comments, and he felt compelled to speak out about it. Such emotions are understandable, but corporate employees aren't normally allowed to freely express their feelings while on the clock, especially when they explicitly violate policy. Imagine the guy selling you coffee at Dunkin’ Donuts launching into a MAGA spiel as he rings you up.

Le Batard's just not aware that, even though most Americans agree with him, they don't need to hear his opinion. Listeners on their way to work want him to talk about Major League Baseball possibly extending its protective netting to prevent injuries to fans, or the Tyreek Hill saga.

Venting his rage, Le Batard’s voice became increasingly high-pitched, and he sounded on the verge of tears. Then he blew it all by saying that football legend Jim Brown, a civil rights activist for many years, was old (“He walks with a cane!”) and was “going to go to the grave without seeing change.” The former Cleveland Browns running back, who has met with Trump, was born in 1936. Jim Crow laws ended in 1954, then there was the Civil Rights Act of 1964 that guaranteed all races equal rights, and in 2008 the US saw its first black president elected.

Certainly Le Batard preferred the failed old regime under his buddy, diversity-loving, cocaine-snorting Skipper, because it allowed him to use ESPN as a personal platform. He's paid millions to talk about sports on his employer's platform, not his own. If one host can talk about his politics on his show, then all the other ESPN hosts can do the same, and soon enough it’ll be back to the bad old days.

If Le Batard wants to spill his guts on “Trump the monster,” he can start his own podcast. And if he thinks he's made cowardly by having to follow ESPN's rules, then maybe he should quit. It’ll cost him big time, however, so it won't happen. Few employees get everything they want, but he's doing okay.

One of the liberal media’s positions is that sports and culture can't be separated, so trying to do so is a futile effort. There’s truth in this, as Le Batard regularly discusses culture as well as sports on his shows, and politics often intrudes into culture. But when there's a nexus between sports and culture, as in the Colin Kaepernick controversy, then ESPN sports talkers are free to explore it. How is that unreasonable or cowardly in any way on a network devoted to sports? People don't tune into Food Network to hear chefs' opinions on the southern border situation.

As his ludicrous remarks on Jim Brown indicate, Le Batard’s not an adept political commentator. He's also the kind of guy who shames listeners who don't want to hear his political analysis, even though they're just seeking temporary sanctuary from the constant barrage of politics for an hour or so a day.

Claiming he was “mentally unprepared,” Le Batard skipped out on his radio show on Monday morning after failing to get Pitaro to soften his “no pure politics” stance. Pitatro, who's got a network to run, is too smart for that. The host returned to the The Dan Le Batard Show With Stugotz on Tuesday.