The pitching legend, by the strict standards of modern progressivism, could be linked to the Third Reich. 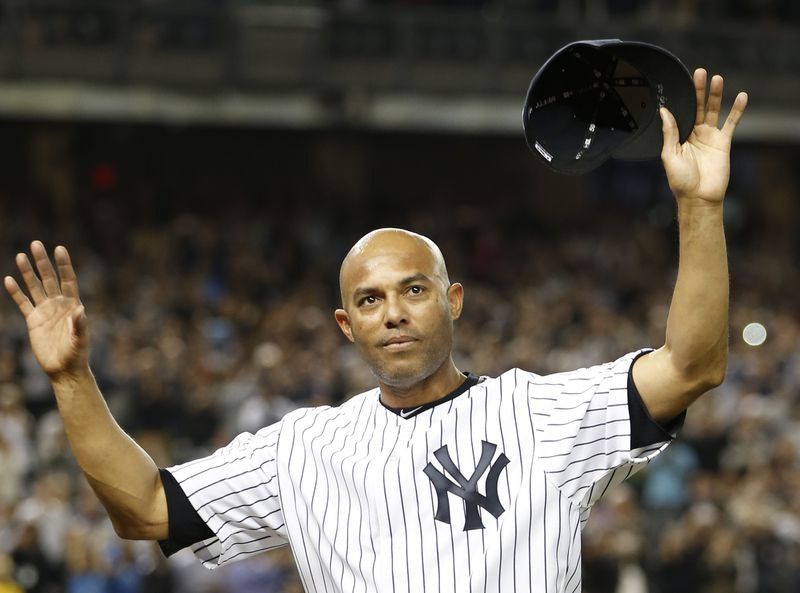 Former New York Yankees relief pitcher Mariano Rivera was inducted into the Major League Baseball Hall of Fame in Cooperstown on Sunday, becoming the first player to receive the honor with a unanimous vote from the Baseball Writers Association of America. While fans discussed his many clutch performances and nonpareil cut fastball, the Daily Beast trashed the honoree with a story headlined, “Inside Baseball Hall of Famer Mariano Rivera’s Far-Right Politics.”

The word “secret” is now edited out of the headline, as has the original artwork depicting Rivera standing on a pitcher’s mound drawn as a yarmulke, and a description of Israel as an apartheid state. Writer Robert Silverman offers up, as you can imagine, a breathless account of the Panamanian-American hurler’s “secret,” radical politics—”secret” was allowed to stand in the body of the article—to the great embarrassment of the Daily Beast, if that’s actually possible.

Since Rivera’s politically “far right” and all hush-hush about it, you may wonder if the greatest closer in baseball history covertly supported the neo-Nazis who marched with torches in Charlottesville, or if he’s a fan of the “concentration camps” on the southern border that AOC’s talked about. Well... not quite that far-right. But he has made several trips to Israel, a nation he supports, plus he's appeared in photos with Donald Trump. Maybe “medium far-right” or “far-right lite”?

Silverman came up with a novel suggestion for those who run the HOF. Alongside the 652 saves number 42 had and his lifetime ERA of 2.21, they “should” also inscribe on his induction plaque that he's “served at the pleasure of a racist president,” participated in “thinly-veiled” propaganda on behalf of a “far-right” government—Israel—and palled around with “outright bigots” and “apocalyptic loons.”

One thing Rivera’s got against him, from the left-wing perspective, is he's an evangelical Christian. Whereas being a Muslim bestows a forcefield of protection against criticism for a variety of questionable beliefs and acts, being a fundamentalist devotee of Christ turns you into a target. There's a reason you never hear the media reporting on Muslim bakers refusing to make wedding cakes for gay weddings, and it's not because they have a strong emotional connection with rainbow flag—quite the contrary.

Rivera’s religious beliefs, which we’re supposed to respect under the principles of progressivism, make him predisposed to support Israel, but Israel’s considered a villain in Hollywood, college campuses, and various media outlets, so Rivera’s a far-right bad guy too. How bad is Israel? Anti-Israel, and alleged anti-Semite, congresswoman Ilhan Omar just introduced a resolution defending the boycott of Israel (BDS), which she compared to the boycott of Nazi Germany. I haven't noticed any pushback for this incendiary, nonsensical statement among Democrats, even though Nancy Pelosi recently equated BDS with anti-Semitism. Using such convoluted reasoning, it wouldn't be an excessive extrapolation to link Mariano Rivera to Adolf Hitler.

Guilt by association's a common tactic on the Left, unless you happen to be associated with scurrilous individuals like Louis Farrakhan and Al Sharpton, as a number of Democratic politicians are. One of the “apocalyptic loons” Rivera’s associated with that Silverman refers to is indeed a distasteful character—Pastor John Hagee, whose support for Israel is linked to some bizarre end-of the-world Christian theology, and who’s said a number of disturbing things, some of them about the Nazis. Rivera has stated that Hagee, who once said that God sent Hurricane Katrina to punish sinners, widely interpreted as a homophobic slur, had convinced him to boost his already strong support for Israel, but there's nothing linking the former pitcher to Hagee’s problematic past rhetoric—no evidence that he's even aware of it. In fact, Silverman doesn't produce one incriminating Rivera statement, outside of his outspoken support of Israel.

Many religious beliefs, especially those linked to end-of-times scenarios, are laughable from a rational perspective, but religions are in that special logic-free zone, and the social compact is that we accept these articles of faith respectfully. Silverman’s in the religion of progressivism, which is pro-Palestinian and anti-Israel to the extent that destroying the nation's a goal. Rivera’s in an opposing religion, and he's offended the writer. But, in his article Silverman doesn't bother to explain what's so unspeakable about supporting Israel other than to label its government “far-right.” That's because he's addressing his “congregation.” No supporting evidence is required.

Silverman’s so offended that he stooped to the low blow of calling Rivera’s politics “far-right.” That's a term, as he certainly knows, that's associated with race-based nationalism/authoritarianism. The racial angle here makes this an unconscionable allegation, made by a white man against a dark-skinned man, even more egregious. The torch carriers in Charlottesville who are the true far-right wingers want people like Rivera out of this country, and they're not too crazy about Jews either. But that's a common tactic on the Left nowadays—smear your opponents and make them play defense against a lie.

As for Rivera serving at the pleasure of a racist president, that's about his work for the President’s Council on Sports, Fitness, and Nutrition. How dare he work to improve lives if it requires associating with Trump. The article refers to Rivera as being "cagey" about his political leanings.

The Daily Beast thinks it's "pulled back the curtain" on a disgraced baseball player, but it's just done that to itself, again, to reveal itself as a propaganda organ of the Left masquerading as a legitimate media outlet.