Left/liberalism has wallowed in madness for decades. 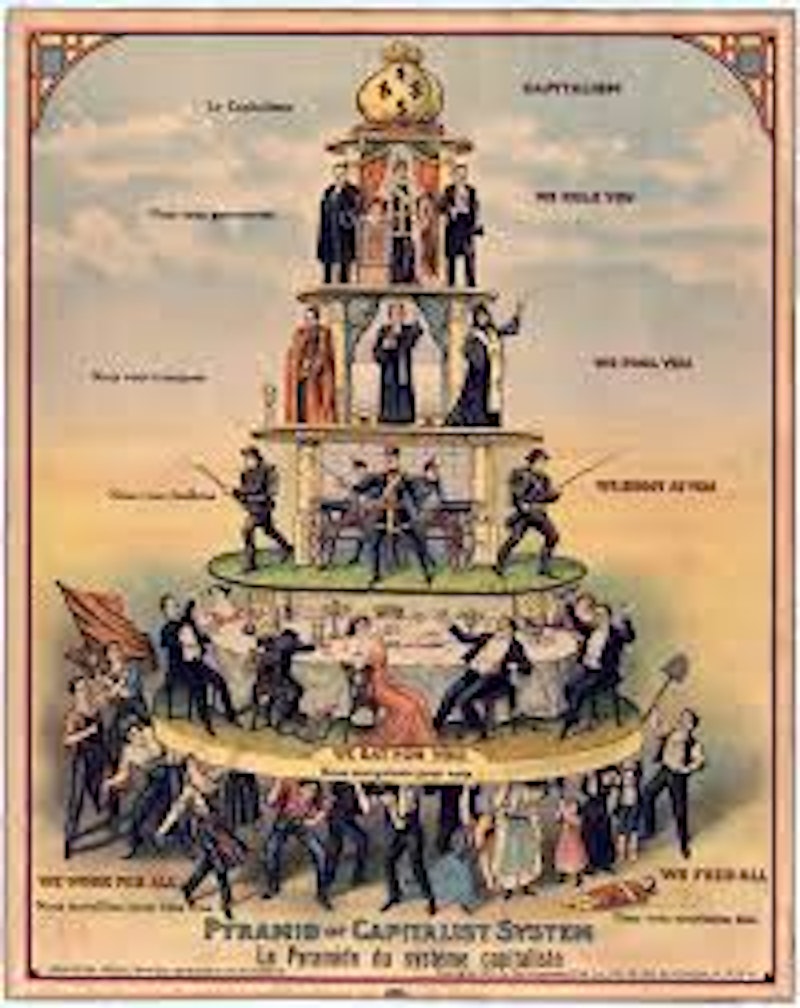 I realize some libertarians and conservatives say crazy things. Some such things will be said at this week’s Republican National Convention.

But I think we’ve been inured in recent decades to even greater insanity on the left and within liberalism (two distinct but overlapping movements that are best written with a slash instead of a hyphen to acknowledge they are neither synonyms nor complete strangers to each other, thus “left/liberalism”). It felt rude to point out how nuts they were being all these years because they often appeared to mean well, in much the same way it feels mean to tell Grandma she has no evidence for her claims about Jesus.

The dozen examples below of common types of left/liberal madness don’t excuse the next crazy thing out of the mouth of a non-leftist. However, you may find that if you think honestly about it, you’ve long passively accepted this kind of nonsense from left/liberalism because it’s so commonplace, so widely believed by the establishment (or at least viewed as harmless), and so seemingly ineradicable.

The hottest unanswered question of the moment is what happens the day after you abolish police and/or prisons. A Minneapolis City Council member favoring defunding the police notoriously responded, when asked about whom to call if burglars come into your home, with the less than reassuring claim that such questions come from a place of “privilege.” Well, I’m all for privatizing police and fully legalizing guns so people can defend themselves or form private, responsive, accountable protection societies for doing so, but while I try rationally to answer the thousand questions about how that might work, I find many left/liberal opinionators haven’t even passed the obvious hurdle of answering questions such as “What do we do if we let the rapists out of prison and they immediately start raping again despite big boosts in funding for social workers and community centers?”

On the economics front, while conscientious libertarians and conservatives worry about which Nobel Prize winners to cite and in how much detail, nearly any hip party in Brooklyn (at least back when there were parties) will introduce you to earnest-seeming, grown-up, occasionally rich artists and media people who think everything should be free of charge. I used to assume, tolerantly, they merely meant some basic services should be funded by taxation, which would be bad enough, but if you press some of these people even a little—and you must be gentle with them because many are out of their minds and can quickly become hostile—you realize they’ve never even seriously asked themselves the question “Who will pay for all the free things?” Almost none have done the math revealing how quickly redistributed wealth would be used up (even if, implausibly, it could be quickly replenished via uncharacteristically efficient government decision-making, which it can’t).

While I’m sympathetic to the feminist idea that lying during dating is comparable to sexual assault (using fraud instead of brute force), I strongly suspect that some of the left/liberals I’ve heard espouse that idea—and who are understandably enraged by, say, guys who pretend to be rich—would balk if asked, “Is failure to divulge being a trans person also assault?”

I remember one Burning Man-attending psychedelic-type leftist asking me why I couldn’t more easily imagine a world without money, since nearly anything may be possible in this world. Yet she felt no need to provide details about how such a world might work, to which the first of my many questions is “Why can’t you imagine a pleasant world with money?” You’d think that’d be less of a stretch.

I’m sure I seemed rude and simple-minded to some left-anarchists one time when I raised my hand to ask Occupy-promoting writer David Graeber, who wants to eradicate the concept of “debt,” the simple question “What happens if you give someone a pickup truck because he promised you $10,000 later and then he just changes his mind and doesn’t give the money to you?” But you can see why I might wonder, even after reading 500 pages of his book Debt.

On a similar note, poor Julian Assange, back when he was hosting a TV show instead of rotting in jail, once asked a panel of left-anarchist Occupy participants, repeatedly (paraphrased), “What happens if the Occupy ‘general assembly’ votes and someone just refuses to agree with or abide by the consensus, what do you do?” He basically got no answer.

Much as I’ve come to sympathize with hardcore antiwar activists’ desire to abolish the military-industrial complex (as big a waste of money as any other government program and often deadlier), it is startling how many anti-warriors become tongue-tied by what I’d honestly have thought the most obvious softball skeptical questions, such as “What if a huge Nazi army suddenly invades?” I’m not saying there aren’t plausible answers—good anarcho-capitalist answers, in fact—but you don’t get convincing ones out of these people as quickly as you might have expected.

On a far more mainstream note, few are the believers in democracy prepared to answer such starter questions as “If 90 percent of the population votes to kill 10 percent, is that okay, and if not, might majority rule be a meaningless moral litmus test?” Again, one can easily formulate ad hoc answers, but most democracy advocates would prefer the question were just never raised.

Likewise, religious believers, many of them very suspicious of letting individual rationality guide us and scornful of “materialism,” have come up with crafty answers to obvious questions for thousands of years now, but not so crafty as to prevent them believing obviously circular things such as that a text must be true because the text itself says it’s true. If you insist on attending religious events, at some point in your life, please at least ask your compatriots “Would you accept as true any purportedly sacred text that contained the words ‘And God says this book is true’?” You’d be surprised how many believers are that stupid.

Speaking of theology, it was no less august a personage than a professor of theology who asked me, in response to my skepticism about the motives of rioters, looters, and arsonists, why I, and by extension libertarians in general, apparently don’t care about government killing its own people. All the morally-grandstanding idiots of his sort, especially the ones feigning greater concern for the masses than libertarians feel, should be asked “Did you know governments killed about 300 million people last century, ‘decimating’ the human race, and is it conceivable that libertarians are motivated in part by a desire to avoid letting government—or freelance rioters, for that matter—repeat that sort of carnage?”

But then, with most left/liberals, it really doesn’t matter what you say or what the facts are. They love their narrative, in which they’re heroes and you’re a villain, and they’ll stick it to you it regardless of what words they hear come out of your mouth. I once described libertarianism to an acquaintance (one now possessed of multiple degrees) as essentially the desire to simplify the law so that only three types of action are forbidden: assault, theft, and fraud—to which her gape-mouthed response was to express horror over what she somehow logically deduced to be libertarians’ desire to legalize rape (which I’d think is a type of assault, we can all agree). All such people probably ought to be asked, before any further discussion occurs, “Will you assume I know what my own philosophy says before you make up bizarre villain dialogue for me?”

None of the above, by the way, should be seen as letting off the hook the lunatics who harry us in more capitalist fashion every day in this modern, partly market-shaped world. One need look no farther than so-called Human Resources departments to find people trained to sound soothing, therapeutic, and diplomatic while they endeavor to maneuver you, the employee, into doing what the boss wants and whatever the legal department thinks they can use against you later. Government’s not the best defense against such chicanery, though, and to the capitalist abusers of capitalism, it’s usually best just to ask, at the first hint of trouble, “Do you expect me to believe that, and do you mind if I record this?” Under capitalism, even big companies can sometimes be punished for fraud, after all.

On the bright side, for all its flaws, capitalism delivers the best goods to the most people like no other system can. Subway’s “limited-time promotion” sandwich called the “Five Dollar Foot Long” has existed for 12 years at the same price, for instance. Instead of asking dumb questions, slack-jawed, about how such wonders are possible, I think I’ll just enjoy the market’s bounty, now more than ever.