The Dirtbag Left’s In Limbo

They haven't been able to insult their way to the top. 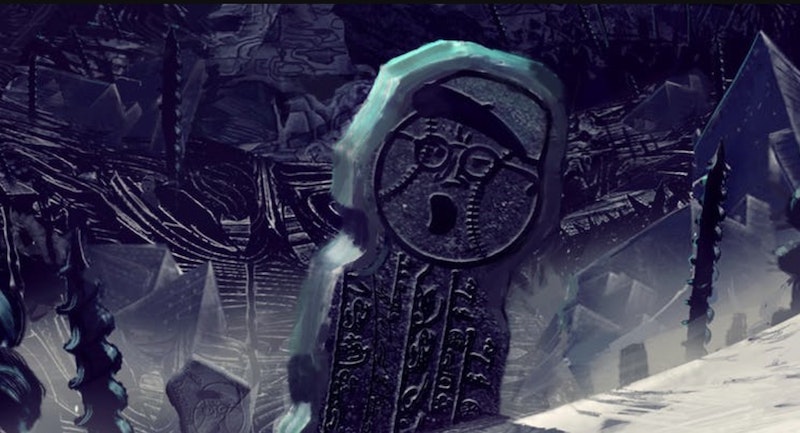 At a rally in Iowa earlier this year, Hillary Clinton's name came up. The audience responded with, “Lock her up! Lock her up!” Pete Buttigieg was denigrated as a “bloodless asexual.” Michael Bloomberg was called a “midget gremlin,” and Joe Biden supporters were described as “gelatinous 100-year-olds." This wasn’t a MAGA crowd. It was an event hosted by the five Millennial team members of the high-profile, financially successful Chapo Trap House podcast, the leading avatar of the Dirtbag Left movement. The Chapo crew is carrying on the pugnacious leftist tradition of the late Irish-American writer, Alexander Cockburn, who asked interns at The Nation, "Is your hate pure?"

The Dirtbag Left is a ragtag collection of socialists who believe civility is for effete pansies—milquetoast liberals who think that fixing the paucity of diverse superheroes in the culture would be a major accomplishment. Using subversive vulgarity is how they signal their left-wing populism. It's a tool to take on the powerful which dates back to the libelles in 18th-century France in the decades leading up to the French Revolution. Libelles were scathing, defamatory pamphlets, plays, and short stories aimed at the principles of the Ancien Régime. Marie Antoinette, the major target, was often portrayed in a pornographic manner. Veracity wasn’t a requirement for this form of political literature. The point was to injure. Donald Trump doesn't know what a libelle is, but he gets it in his gut.

“You can’t insult your way to the presidency,” Jeb Bush scolded Trump in a 2015 debate. But Trump proved him wrong because he'd correctly assessed the RINO-hating GOP base's wish for a domineering, unapologetic leader. The Dirtbag Left paid heed. Referring to liberals and centrists, which the Dirtbag Left despises even more than right-wingers, Will Menaker, one of the hosts of Chapo Traphouse, said, "Yes, let's come together. But get this through your fucking head: You must bend the knee to us. Not the other way around. You have been proven as failures and your entire worldview is discredited." The Dirtbag Left is not interested in building coalitions to "come together"—it seeks to do that via dominance, the way Trump has done it in the Republican Party.

The Dirtbag Left stands in opposition to the woke Left—progressives obsessed with identity politics who pay scant attention to traditional left-wing class politics. In an interview with Spiked, the British online magazine, Chapo Trap House’s sole female host, Amber A’Lee Frost, who coined the term Dirtbag Left, outlined the movement’s views. “The majority of people are not woke,” she said. “Why would we dismiss the majority of people as hopelessly reactionary?” She also denigrated “Guardian feminists” while emphasizing her commitment to class politics. Frost believes that one of the main reasons that Trump won was because working-class people only heard one of the candidates talking about jobs.

Anna Khachiyan, host of the Red Scare podcast, another prominent Dirtbag Left outlet, joined Frost in the interview. She directed her scorn at "neoliberal feminists" who "are disgusted and horrified by working-class people." Khachiyan, who believes that liberals are "nerds," referred to "white, overeducated, liberal women" who find it threatening when confronted with the fact that real women don’t live up to liberal-feminist pieties.

Viewed in the best light, the Dirtbag Left offers a refreshing alternative to the self-righteousness and sanctimony of the identity-obsessed portion of the Left that's birthed a culture that encourages zealous online sleuths to scour through 10 years of a person’s Twitter timeline to find cancellation material. It's a welcome escape from the scolding moralism of dubious progressive concepts as white fragility.

At its worst, the Dirtbag Left can become an excuse for self-indulgent cruelty disguised as political activism. How does lampooning Pete Buttigieg's sexuality help your cause? Amber A’Lee exhorted the crowd at the Iowa event with, “Let the hate feed you,” and they roared in approval. If there were enough hatred in the U.S. to foment a revolution, the Dirtbag Left would now be preparing to do the modern equivalent of storming the Bastille.

But the Dirtbag Left, the left-wing equivalent of the "fuck your feelings" MAGA crowd, is in no such power position, which makes Will Menaker's "bend the knee" demand laughable. Liberals aren't going to bend the knee to a bunch of misanthropes who make jokes about who'll be the first to get the guillotine. Instead, they avoid them.

Jeet Heer, National-Affairs Correspondent for The Nation, has covered the Dirtbag Left. I asked him for his thoughts on the relevance of that movement within the Left in general. He views them, essentially, as comedians whose schtick has worn a little thin. "They mine public events for laughs," he said, but "the new political reality is hard to laugh at." That reality is the electoral defeat of their hero, Sanders, plus the nationwide BLM protests that have expanded beyond the George Floyd killing to cover a number of social issues. According to Heer, "These protests demand a very different response than the comedy to be had in presidential politics and media commentary. Not knowing how to respond to the new era of social movements we’re in has been a big problem for the Dirtbag Left.”

The Dirtbag Left has little political relevance at this point. Their humor, while abrasive and often ill-advised, is at least a corrective to the humorless progressives they loathe. But the tone is too polarizing to appeal beyond a niche audience who respond to their form of political bloodsport.