Biden and Obama's botched response to the financial crisis is being papered over in the run-up to the election. 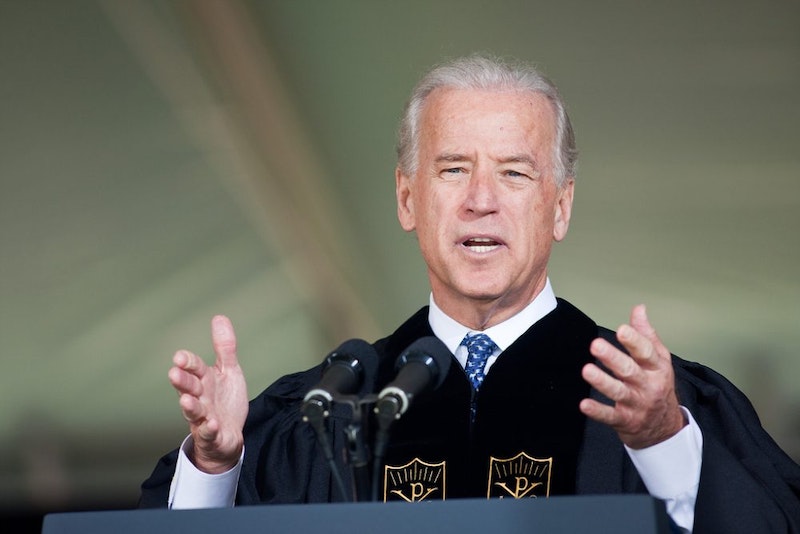 It seemed crazy at the time and looks absurd now. In the summer of 2011, with the United States still smarting from the Great Recession, Barack Obama and Republicans in the House and Senate went to war over the debt ceiling, nearly causing the United States to default on its debts, which would’ve plunged the global economy into chaos.

Economic conditions then were startlingly like what Joe Biden would face as President today. With the economy struggling its way out of a drought in demand and unemployment just under 10 percent, the Federal Reserve had committed itself to a long-term zero-interest rate policy meant to restore liquidity to financial markets and to keep the government’s borrowing costs low. The government’s clear playbook was to borrow cheaply and to either use the money to purchase services that cash-starved consumers could not, or to support social programs that would alleviate the strain on consumer finances.

To solve the impasse with Republicans, Obama dispatched Biden, counting on his Veep’s long, collegial relationship with Senate Majority Leader Mitch McConnell to overcome partisan animosity and the growing populist Tea Party movement in the House of Representatives. Politico told the contemporaneous tale of the negotiations, but by allowing the national conversation to turn towards deficit reduction at the worst possible time, Obama and Biden had already failed.

To entice Republicans to raise the debt ceiling, Biden agreed to $1.2 trillion in discretionary and defense spending cuts, to start in 2013 if conditions such as passing a balanced budget constitutional amendment and sending it to the states for ratification weren’t met. In 2013, the spending cuts were triggered, just as the Bush era tax cuts expired, starving the economy of fiscal stimulus and slowing the recovery so that the country didn’t reach anything approaching full employment until Obama was nearly out of office. Also, wages had stagnated and in some occupations, had fallen in inflation-adjusted dollars.

The slow recovery, distributed unevenly and leaving many Rust Belt sectors far behind, contributed to Donald Trump’s 2016 victory. A difference between the economy now and then is that unemployment had peaked in 2010 and by 2011, the secular recovery was underway. The debt ceiling fight, which resulted in a downgrade of U.S. credit worthiness by Standard & Poors (who cited political dysfunction) was an unforced error. In 2020, we’re not in a secular recovery and won’t be until the COVID-19 pandemic is ameliorated. The $600 federal supplements to state unemployment benefits have propped up the economy by keeping household earnings high despite elevated unemployment. But Congress allowed that program to lapse and will bring it back only in smaller form, if they bring it back at all. Already, advocates of fiscal austerity are creeping into the debate.

Biden’s campaigning on a big spending American renewal plan but has a legislative history of supporting ideas like a federal Balanced Budget requirement and cuts to programs like Social Security.

If elected, Biden will likely face majority opposition in at least the Senate. If Democrats do take the Senate, it won’t be with a veto or filibuster-proof majority. It’s also likely that an approved vaccine against COVID-19 will be circulating by the time Biden takes office and could be widely adopted as he introduces his economic recovery spending plans to Congress. If the virus threat is neutralized, it’ll be easy for fiscal austerity proponents to change the subject back to the deficit. If Biden acts as he has throughout his career, he will not stop them from changing the subject.

While it’s possible that the economy will snap back hard once the virus is mitigated, millions of workers have been separated from their employers and well more than 100,000 businesses have closed and workers scrambling to fill newly created roles may not have the wage negotiation strength they did before COVID.

Absent robust public spending that Biden failed to fight for during the last crisis, we could be in for another six-year slog towards full employment, with stagnant wage growth alongside it. Persistent low inflation eased some of the pain last time. But a misstep by the Fed or another catastrophic world event could easily derail the recovery. What’s scariest is that it’s not even clear that Biden knows he made a mistake back in the summer of 2011.