In Praise of Tucker Carlson

The unorthodox Fox News host has valuable lessons for Republicans. 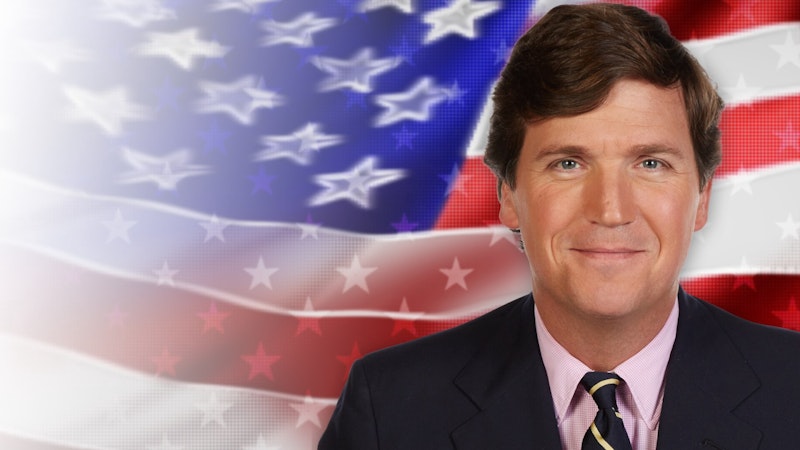 It might seem weird that the guy who used to wear a bow tie on CNN is the highest-rated face on cable news ever, but that’s what Tucker Carlson’s accomplished on Fox News this year. Carlson drew an audience of 4.331 million per night in the second quarter of 2020, besting Trump sycophant Sean Hannity. He’s different than most of the hosts on his channel—and in the mainstream conservative movement in America. Everyone in that movement should pay attention to Carlson because he’s showing what the future of it could look like.

Carlson supports Donald Trump and seems to have a good relationship with him, but he’s not the President’s No. 1 fan. His show doesn’t revolve around Trump, as other Fox News programming does. He admits Trump regularly says "embarrassing things on television"; confronted Trump about the GOP’s lousy Obamacare repeal attempt that would’ve left many Trump voters worse off; opposed Trump’s missile strikes in Syria; and his first trip to Mar-a-Lago came in March 2020 to tell Trump he had to take the pandemic more seriously. Carlson, to his credit, was talking about the virus in early February.

Carlson, affluent and elite, still has a better understanding of the American middle class than most Republican politicians. He’s not a socialist or a fascist—regardless of what laissez-faire fundamentalists and woke leftists think. One of the best things he’s ever said on his show is, "The candidate who makes it easier for 30-year-olds to get married and have kids will win the election, and will deserve to win. Remember that." That’s what politics should boil down to, especially in a wealthy country where the nuclear family is falling apart and the birth rate is below replacement level.

Carlson’s mostly with mainstream conservatives—even on current issues. He opposed prolonged lockdowns and is critical of Dr. Anthony Fauci, who lied to the public about masks back in March and has been inconsistent about what’s okay and what’s not—like many other public officials. And while it’s unclear what Carlson thinks about the USPS, he doesn’t like universal mail-in voting which he sees as susceptible to fraud. I’m on Team Obama on the latter one and think the USPS should scale back Saturday service to fix its budget woes. But Carlson strays from many conservatives in what some would argue are good ways.

He’s been critical of usury and favors capping credit card interest rates at 15 percent. He’s acknowledged that big companies like Walmart and Amazon let their employees earn welfare-collecting wages—which some, like Carlson, argue equals a taxpayer subsidy of Walmart. And he ripped the GOP for not caring about student loan debt, something that prevents many from getting married and having children. He wants the government to seize endowments exceeding $10 billion to help pay off student loans and said that colleges should have to co-sign loans to make sure they’re not ripping off kids.

Carlson has received criticism from people who say he is anti-immigrant. Surely, he could improve his rhetoric on the topic. Using the word “dirtier” when talking about immigration dumb. However, the idea that anyone who talks about reducing immigration/visa programs can’t be a part of the discussion is ridiculous. After all, the establishment consensus was that foreigners would never bring disease into the country. It was “xenophobic myth.” Look where that’s gotten us.

In the future, Carlson could have an even bigger influence on politics. A Leger poll conducted earlier this month showed him with 7 percent support among likely Republican primary voters in 2024. Predicting that isn’t worth much, but it shows how highly some people think of him. Maybe he can help change the Republican Party for the better. It would be great if one major party in this country was palatable.