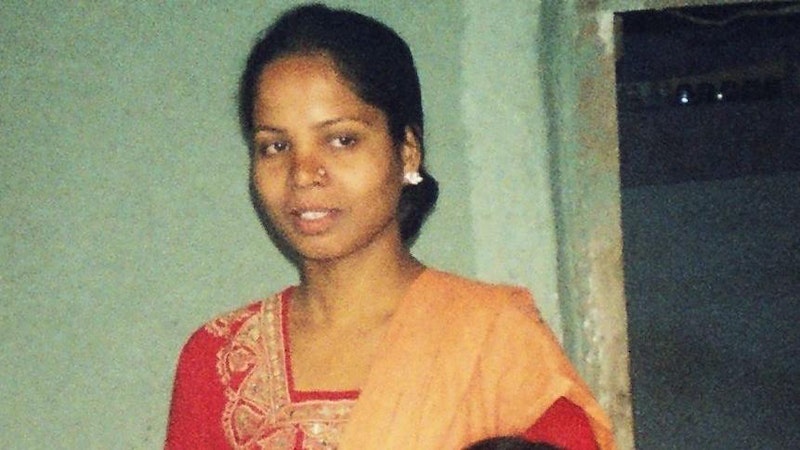 Asia Bibi, a Christian Pakistani, can’t catch a break. Pakistan’s supreme court exonerated her in October on a blasphemy charge after she’d spent eight years in solitary confinement on death row, but so many Pakistani Muslims want to see her killed—beheading is a popular choice—that she must remain in a hidden location under government protection. Additionally, violent street protests fomented by Islamist extremists have succeeded in getting the government to cave by agreeing to a final review of the November Supreme Court decision that freed her.

The trouble for the 53-year-old Bibi, mother of five, started in 2009 when she got into a beef over drinking water with a number of her fellow laborers—Muslims—who said she’d tainted it due to her pariah status as a Christian under Pakistan’s rigid caste system. Blasphemy allegations are often used as a deadly weapon to settle personal scores in Pakistan, as there’s no surer way to get the mob frothed up for a lynching. If the mob won’t handle it, the government’s shown a willingness to put accused blasphemers to death. After Bibi was released, there were reports that mullahs were going door-to-door with photos of her and other family members in an effort to track them down.

Obviously there’s no future for Bibi and her family in Pakistan. Had the governments of Western democracies cut an asylum deal soon after her prison release, the mullahs no longer would’ve had a bloodthirsty mob to whip up, but that never happened. Bibi’s lawyer, who was forced to flee Pakistan upon his client’s release, has said that several nations were negotiating to take her in, but it’s unclear what’s happening behind the scenes. The British government declined to comment, claiming that it doesn't want to further endanger Bibi, but there have been reports that it’s decided not to offer Bibi asylum out of fear of angering its substantial Muslim population. Bibi was tortured for eight years for a non-existent crime, but the British Muslim community needs to be appeased? Perhaps the U.K. government understands that community too well, having observed how it’s reacted to “provocations” in the past. Complicating the situation for Bibi is the new government installed this summer, with Prime Minister Imran Khan at the helm, that’s buckled to Islamic pressure.

It’d be a sad commentary on the state of the nation if the British government, which has a long history of taking in refugees and asylum applicants, did refuse Bibi asylum out of “security” concerns, which is weasel talk. Not that long ago, France would’ve been a logical place for Bibi to escape to, but that was before the Charlie Hebdo attack and the surge in violence against Jews. Despite the widespread belief that Europe’s progressive and self-assuredly post-religious, in October the European Court for Human rights upheld the conviction of an Austrian women charged with insulting the prophet Muhammad. There’s a blasphemy law in place regarding one religion—Islam.

It’s time for a reminder that Islam, whose Holy Prophet was a warlord, is emphatically not a “religion of peace.” Peaceful, moderate Muslims insist this is true—they desperately want it to be true—but religious leaders of a peaceful religion wouldn’t be going door-to-door in pursuit of Asia Bibi. Two politicians who defended her—Salman Taseer and Shahbaz Bhatti—were assassinated. The Sunnis have their car bombs and the Shia have their death squads, and sometimes they blow up each other’s mosques. Calling Islam a bloodthirsty religion would be at least as accurate as calling it a religion of peace.

It’d be difficult to find a person more deserving of asylum than Asia Bibi. She should be living in the U.S. by now. Why Donald Trump hasn’t made this an issue is puzzling, especially in light of the fact that he successfully, and quite publicly, went to bat for pastor Andrew Brunson when he was imprisoned in Turkey. Why has Trump made no public statements as he did in that case? Presumably because Bibi’s not an American citizen, but his base hates the fact that Muslims are persecuting her on religious grounds, and the President has an opportunity to play the hero by taking her in.

Sen. Rand Paul says he’s spoken to Trump about Asia Bibi, but that he “can’t characterize his position.” That doesn’t sound hopeful. Mike Huckabee’s campaigning for her asylum as well. It’s disgraceful that Canada’s offered Bibi asylum and the U.S. hasn’t. Trump’s desperate for a win to distract from all the chaos he’s created, and getting Bibi to the U.S. would be a win with bipartisan appeal. Thomas Paine called for an “asylum for mankind.” Granting asylum to people in desperate need of has long been at the heart of the American identity, but it has no place in Trump’s vision of the MAGA nation. America First shouldn’t mean that only American citizens count and that core principles get discarded.