There's no reason to think America’s hit bottom yet. 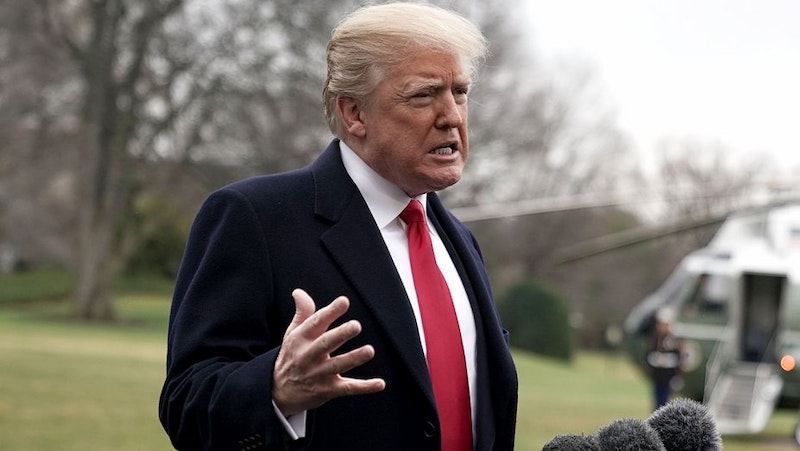 The first two years of Donald Trump's presidency were an extended exercise in incompetence, misery, and cruelty. The botched response to Puerto Rico's deadly hurricane; the president's refusal to condemn the actions of Nazi murderers; the policy of separating children from their parents at the border; the decision to place an alleged sexual assaulter and partisan shill on the Supreme Court: these were only a few of the low points in an administration characterized by lies, bigotry, chaos, and corruption.

There are some reasons for hope. The Democrats won a decisive victory in November’s midterm elections, taking control of the House and many state government offices. The GOP’s fumbling attempts to steal healthcare from millions of Americans are stymied. There will be no more massive tax giveaways to the rich, either. Even if Trump abuses his power to interfere with the ongoing Mueller investigation, Democrats now have the power to launch other substantive investigations into the administration.

Trump is still the president, though, and has the ability to cause misery, whether through incompetence or malevolence. Trump’s fully capable of mishandling a range of crises—hurricanes, epidemics, earthquakes, oil spills. The most predictable danger from incompetence, though, is economic. The stock market sank in 2018’s fourth quarter. The government deficit is skyrocketing due to the irresponsible tax cuts. US trade is stumbling because of Trump's various tariffs and trade wars. More, it's 10 years since the last recession. We're due for a downturn.

Recessions always result in suffering as people lose jobs, opportunities dry up, and the economy contracts. Usually, presidents of whatever party make some effort to mitigate the damage through stimulus spending. There's little reason to think that Trump and the current Republican Party are interested in trying to help people in distress. Trump’s more likely to use economic hardship as an excuse for ramping up government assaults on immigrants, undocumented or legal. That would mean more children dying in custody, more snatched off the street by ICE—and further assaults on the concept of birthright citizenship, as Trump tries to strip constitutional rights from people who are already naturalized, or even from those whose parents were naturalized.

Recessions also cause presidential approval to collapse. Trump's approval rating is already terrible; the only thing propping it up has been the relatively strong economy. It's entirely possible that a recession would cause his numbers to fall into the mid-30s, or even the 20s.

This would be good news for Democrats in the 2020 election. But it could also be bad for the country. When Trump is backed into a corner, he reacts very erratically. Dismal approval numbers and an increasingly hostile electorate could push him to accelerate his calls for violent demonstrations, or for violence against journalists. It could also lead him to amp up belligerence abroad, in Yemen or, nightmarishly, in Iran, fulfilling the dreams of his war-hawk National Security Advisor, John Bolton.

In many ways, we've been lucky so far in Trump's presidency. Most (though not all) of the crises he's faced have been of his own making. Institutional checks on his worst impulses have held in most cases. An energized opposition has managed to use a range of protest and electoral tactics to stymie many Republican initiatives. Our luck may hold for another two years; we may stumble into 2020 with our democracy tattered but still more or less recognizable.

Or, conceivably, things could get a lot worse. Best to be prepared—and to make New Year's resolutions to do all we can to prevent that.