The entire US government has descended into a kind of dirty, wired, gag reel. 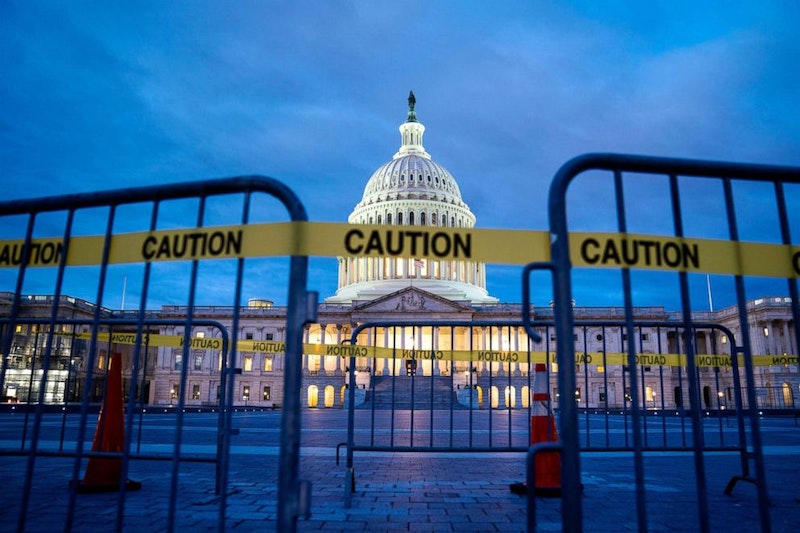 I took a three-month hiatus from writing about politics and crime. I had my reasons. If you’ve been paying attention to the news, you already know what they were. You’ve been on a similar trip. If you haven’t made a complete news fast, a total break from the morbid comedy of this administration’s grinding comeuppance, then you’ve been in a cultural trance. You’ve been shambling through your daily routine, waiting listlessly for another morsel about Mueller, vacantly watching the indictments come down like the Perseids (meteoric would not be an inappropriate word), while state-sanctioned murder, riots, famine, and the ongoing rape of the environment scroll, as usual, across your newsfeed. Maybe it’s nothing new, but a man has limits.

I have no more cynicism left. Outrage is over. My adrenal glands have been pumping straight San Francisco Bay French Roast for over 90 days, and I’m past the point of abject disconsolation. In grad school, when we said someone had “brown eyeballs,” we meant they were full of something else. Now, it’s all the same. The entire US government has descended into a kind of dirty, wired, gag reel.

In our post-Flynn-sentencing moment of clarity, we might feel inclined to ask Steve LaVine’s recent question, discussing Joanne Freeman’s The Field of Blood: Violence in Congress and the Road to Civil War: will our 19th century past be our 21st century future? Will our polarization degenerate into “a new national conflagration, the result of never having figured out how to reconcile our differences”? It looks like we’re on our way. In just the last few days, there have been three murder-suicides in Florida alone, involving military and law enforcement personnel.

Now that I’m plugged back in, I’ve been watching the Florida news very carefully. As New Jersey politics is to the federal government, Florida shootings are to the nation’s schoolyards. Rachel Maddow says you should always keep an eye on New Jersey as a bellwether for politics in the rest of the country, and I fear she might be right. Two years ago, she suggested that Jared Kushner is more crooked than a dog’s hind leg, just like his father was back in Jersey. And if the current trend of indictments indicates anything it’s that we’re going to see a proportional, holographic correspondence between Jared’s sordid beginnings and his fast approaching, sordid end. Consequently, I figure the signs are just about right for another mass shooting, given the sudden uptick in Florida murder-suicides.

This year, there have been at least 37 school shootings (thus far—I’m sure we can squeeze a few more in before New Years), averaging two a month. Seventeen of them happened in the first two months of 2018, culminating in the Marjory Stoneman Douglas High School shooting in Parkland, Florida, where Nikolas Cruz murdered 17 people and put 14 more in the hospital. Are you numerologically inclined? Even if you aren’t, the numbers get very spooky. Keep an eye on the Sunshine State. It’s grown by 2.5 million residents in the last eight years. How many of them do you think own a firearm? How many do you think are emotionally stable?

So at least you know not to take your news hiatus in Florida. The national crime statistics are particularly unforgiving in 2018. Never, since the time of Boss Tweed, has the federal government come across more like an idiot mafia with cascading tendrils of criminal idiocy reaching into every state. There have been at least (because it is impossible to remain accurate about this for any appreciable length of time) 33 individuals and three companies who’ve been indicted or offered guilty pleas in Mueller’s Russia investigation.

Then there are the probes into Trump campaign finance corruption; the charity probe, in which the State of New York has alleged “persistently illegal conduct”; the Trump transition probe; the Trump inauguration probe; and the Trump Foundation probe, to say nothing of the blatant and already widely documented Trump University scam. That’s an unbearable amount of probing, lawyering, and flop sweat. And we’d be wrong to think it didn’t bring a certain degree of weird psychological fallout in US culture and the world. Who needs Apt 10 and the Internet Research Agency when our own leadership is that mired in corruption and controversy?

To be fair, it’s not just Trump deepening the swamp, but it really is Trump. The brain-dead mantra chanted by people I respected two years ago came back to me often during my newsfeed hiatus: “Burn it down!” Okay. It’s burning. Are you happy? The wall is being crowdfunded into the millions. How come we’re not crowdfunding ways to feed people and keep ICE from killing children? Is that an acceptable thing to ask? Horror comes around these days like a sushi boat full of sea urchin and Lovecraftian octopus tentacles. You bought it, brother. Now eat it raw.

Everything is going Lovecraft, bad hoodoo, apocalypse, our country’s Victorian tragedies on lethal repeat, while the temperature rises. In the introduction to Staying with the Trouble: Making Kin in the Chthulucene, ecofeminist Donna Haraway suggests that “Our task is to make trouble, to stir up potent response to devastating events, as well as to settle troubled waters and rebuild quiet places… [S]taying with the trouble requires learning to be truly present, not as a vanishing pivot between awful or edenic pasts and apocalyptic or salvific futures, but as mortal critters entwined in myriad unfinished configurations of places, times, matters, meanings.”

Maybe so. But if that’s the case, while we’re gritting our teeth, jacking back into a newsfeed as punishing as it’s unbelievable, maybe we want to choose to be present somewhere other than at an impending crime scene. Unfortunately, that describes the entire country right now. Hoodoo men in the South used to say, “Go down to the crossroads if you want to meet the Devil.” Problem is, if we stay with our trouble long enough, we can’t help but feel we’re already there.