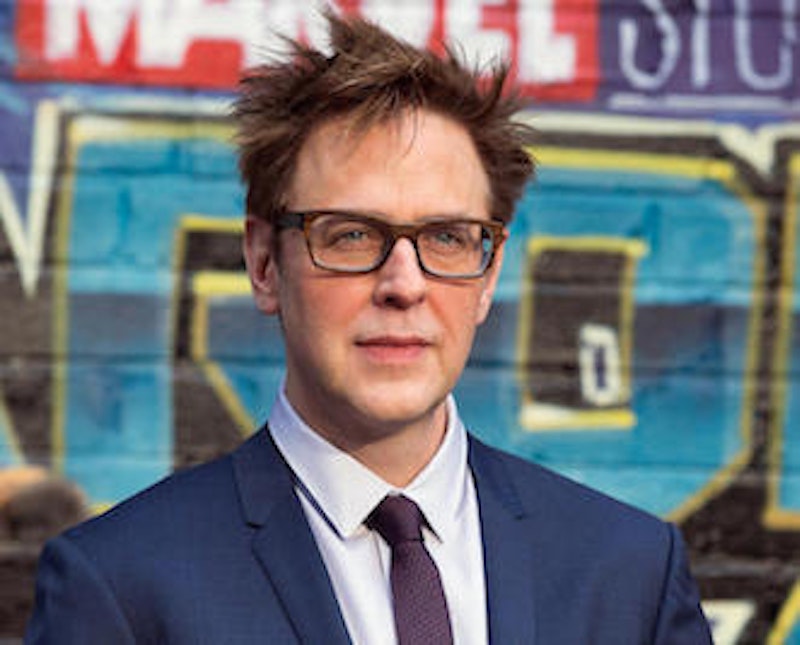 There’s nothing the establishment, which is always politically centrist in the end, would like more than to see the right and left wings of American politics devour each other.

If the weirdoes and outliers destroy each other, that leaves the establishment free to organize the bland, controllable, predictable remainder of the culture into things like—well, like the Ozyfest (organized by the weird yet bland Ozy online “international” magazine that boasts everything from former MSNBC to former Goldman Sachs staffers), which was held in New York’s Central Park this past weekend. Billed as a sort of combo TED Talks, rock show, and food festival, its participants ranged from Martha Stewart and Malcolm Gladwell to Grover Norquist and #MeToo leader Rose McGowan. I notice it removed one former CIA staffer from the speaker lineup at the last minute (too obvious?) and added Hillary Clinton, concerned private citizen.

Luckily for anyone fearful of a Clinton comeback, the biggest cultural impact her talk had seems to have been lots of snide remarks online about her outfit looking like a cheap housecoat. I don’t approve of political discourse taking the low road that way, and I can understand the feminists complaining, but if it keeps her and all of her friends from Ozyfest away from the levers of power a little longer, so be it.

But what are the less well-connected, less well-established individual makers of culture and participants in politics up to while awkward machines like Ozyfest lumber across the land at about $100 a head? Decentralized and spontaneous creatures that they are, the mavericks are really into getting each other fired lately, and not just Roseanne Barr (for mocking an Obama staffer) or Scarlett Johansson (for daring to try playing a trans person).

As I write this, the left is in the process of taking down one of its own, Trevor Noah (a comedian, mind you), for old jokes of his about ugly Aboriginal women. But four days earlier, it was the right wing getting (somewhat libertarian and anti-Trump) director James Gunn fired—quite possibly dooming Marvel fans’ chances for a third Guardians of the Galaxy movie—over deliberately-gross but by all appearances joking tweets from before he was a Marvel guy. But we all knew he was a Troma Studios guy before this. Troma specializes in absurdist gross-out humor like that seen in Toxic Avenger and the increasingly prescient Surf Nazis Must Die.

Is anyone surprised an ex-Troma guy has gross stuff in his Twitter feed? Should all Troma veterans just give up on being employed by the respectable parts of America ever again? I was hoping perhaps former Troma actress Rev. Jen Miller, a performance artist who wears fake elf ears and who was in the Gunn-co-written Troma film Terror Firmer, might score a role in Gunn’s next Marvel production as, say, the (real) Marvel character Elf with a Gun. Or maybe Toxic Avenger could join the actual Avengers. So many possibilities down the drain because the corporate stiffs were panicked by too much anger from Twitter.

Maybe it really would save time if all the interesting people—anyone with a past, basically, or an original thought—gave up right now on ever having a job with corporate America or gaining the esteem of a mass audience. That would hasten the process of coming up with cultural alternatives, the way the more creative kind of leftists (not to mention occasional religious cranks and miscellaneous anarchists) have been urging us all to do for decades now.

You see, while it may feel thrilling to be part of a sincere, impassioned political Twitter mob that takes down some big celebrity target, whether right or left, it’s not so much your own political or cultural faction you’re empowering when you do that. It’s the bland and barely-human H.R. department.

Corporate America is so shamefully risk-averse (embittered former H.R. staffers will admit this to you privately) that they barely need a nudge from government regulators to oust anyone who seems remotely likely to do something unpredictable or, God forbid, liability-increasing. The intelligence sector of the government is on the same boring page, really, since despite their occasional forays into agitation and propaganda, their real specialty is making predictions. The last thing they want is a wild card.

Ask Jesse Ventura, who got grilled by U.S. agents after his surprise election to the Minnesota governorship and gradually realized that the reason he was of interest to them was simply, “I wasn’t supposed to happen.” The covert geniuses who think they can predict everything (except the fall of the Berlin Wall, etc.) didn’t quite predict him. You have to imagine some of them resent Trump for the same reason (awful though he is)—much the way their pal Hillary Clinton does.

I’m not defending every last utterance or action by everyone targeted by the Twitter mobs (left, right, or otherwise). Comics artist Ethan Van Sciver makes the case that Gunn really was creepy. Both the censorious mob and the smarmy Hollywood weirdoes are real—and even ardent Marvel fans knew there was a certain amoral crudeness to the Guardians movies themselves—but Gunn isn’t the last target. Neither is Noah. So it’s wise to start trying to predict where this all ends.

The alt-right online activists like to joke that they’re “weaponizing autism” when they obsessively attack an enemy. The left behaves like a platoon of Social Justice Warriors. Both factions should consider the possibility, though, that in reality they’re all being weaponized by corporate H.R. and legal departments—so that there’s a handy backlog of “outrage” to point to as an excuse the next time someone needs to be fired because, say, he asked for too big a raise or incurred a lawsuit from a rival company.

Want to fire that overpaid v.p. because you’re secretly angling to take over his corner office with the nice view? All you have to do now is pretend you caved to public pressure when you axed him, assuming there’s something in his past that can be made out to look questionable, such as having been alive at any time prior to current social media etiquette rules gelling—or having tweeted at any time since they gelled.

Cernovich, Posobiec, the Breitbart staff, the Daily Caller, and the other conservatives who felled James Gunn might consider the boring possibility that Gunn was not the latest Lenin to fall but more like the latest Bryan Singer—and I say that not so much because both have been vaguely, inconclusively accused of sexual impropriety or of associating with people engaged in sexual impropriety. On the contrary, though they may be creeps, I say it in part because Singer “happened” to get fired (after years of risqué behavior) a year ago just as the Fox/Disney merger was being announced, and Gunn “happens” to get fired now, just as the Fox and Disney shareholders are about to cast their July 27 votes in favor of finalizing the deal.

Did you right-wingers get rid of a dreaded SJW when you ousted Gunn—or just another potential liability on the books at a time when giant corporate wheels were in motion and couldn’t abide any speed bumps?

Maybe the horror being birthed here isn’t just healthy social pressure, political debate, and public criticism. Let's be honest: This is also the weaponization of H.R. departments and fear of lawsuits. Nearly all these stupid, bloated, TV-network-owning dinosaur-media morons know the legal department will cover their asses. Soon, our culture won’t just be getting rid of Gunns; it likely won’t even be able to tolerate a Rocket Raccoon because everything will have to be bland enough not only to avoid frightening children but, far worse, to avoid frightening all the Twitter-users and P.R. departments and H.R. departments. Who can be boring enough to keep all of those forces happy yet remain creative while doing so?

Another Marvel creator, Spider-Man and Doctor Strange artist Steve Ditko, recently passed away at 90, and for decades he’d been producing cranky Ayn Rand-influenced, libertarian comics on his own without working regularly for the big comics companies. Maybe he had the right idea. You can be an ardent capitalist without worshipping the big bland steamroller of risk-averse corporate culture. He didn’t want to outlaw the big companies, but he avoided them.

Eventually, I think the wisdom of that path will be obvious to most people. They’ll relish their decentralized tools for living—like 3D printers and off-grid energy production—and wonder how ostensibly free people put up with the lies and the browbeating from the front office for several decades back around the turn of the millennium. But until that day comes, more of us may have to find the courage to ignore both the Twitter mobs and the H.R. department and go it alone, hard as it is for a freelancer or nuanced independent thinker.

And you thought poor Rocket Raccoon was lonely at the end of Infinity War.