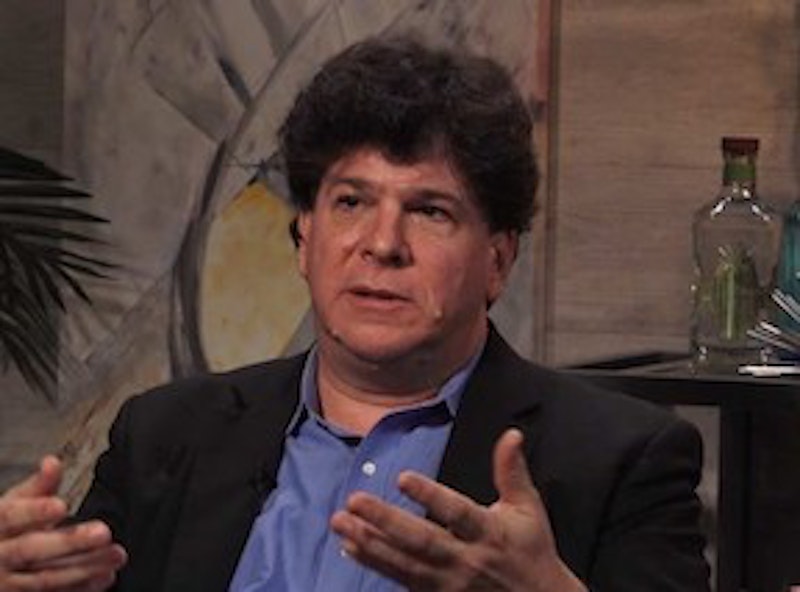 Last Sunday, two men of the Intellectual Dark Web sat down in Los Angeles. Conservative culture warrior Ben Shapiro, who describes himself as the only registered Republican IDW member, hosted left-of-center intellectual Eric Weinstein, who’s managing director of Thiel Capital, on his podcast. The bipartisan colloquy was remarkably civil, given the current Defcon One level of political polarization, but the willingness to debate ideological adversaries with equanimity is one of the hallmarks of the inchoate intellectual movement they’re founding members of. If you’re tired of the take-no-prisoners approach that, for example, Fox News host Tucker Carlson employs, then you might find this one refreshing.

Since the 1980s, Weinstein, an old-school liberal who’s concerned about the American Left’s “very crazy bout of bad judgment,” has applied his analytical skills to identifying the flaws in the current political culture, especially on the Left. He’s come up with some interesting solutions. The following is a breakdown of the most salient points the Harvard-trained mathematical physicist made in his discussion with Shapiro.

—The Left’s new problem. The Left has veered off the rails in the past, but its latest misdirection is what Weinstein calls the “woke network...which practices Left-McCarthyism, [and] has invaded the major organs of civil society.” This happens at universities, but causes the most damage in the major media companies. Also infected are the “public-facing” tech companies that are under constant pressure to conform to what are called progressive values even though they’re actually regressive values. Weinstein finds the intelligence community scary because of its presumed relationship with these tech companies, giving it thorough access to everyone’s “secrets.”

—The untrustworthy media. Weinstein refers to the media, on both Left and Right, as our “sense-making organ,” and says we can’t trust it, pointing to a tweet by the New Yorker that lumped Ben Shapiro with other “conservatives” such as white-separatist alt-right figurehead Richard Spencer and shallow right-wing provocateur Milo Yiannopoulos.

—How to fix the broken media. People in the media should be more forthcoming about their biases and report more objectively. Media outlets like The New Yorker know that Shapiro doesn't belong with Spencer and Yiannopoulos, but they don't care because “progress is messy... and certain lives have to get ruined on the way towards some imaginary egalitarian society.” Because of their collectivist mentality, progressives pay little attention to the inevitable collateral damage. Weinstein believes that tactics that are intentionally destructive, like saying white men can’t understand anything that’s outside of their lived experience, must be eliminated—people who think like this don't deserve a seat at the table.

—Facebook needs to change. Users need be able to control their Facebook interactions. A “toggle switch” they could turn to “off” would allow them to see what their news feed would look like before Facebook shaped it with its algorithm, thereby allowing them to identify possible political manipulation by the social media monopolist.

—Concerns about the intelligence community. Weinstein talked of the IC’s abusive history, pointing out that the FBI destroyed actress and left-wing activist Jean Seberg in 1970 by disseminating false information about her, and also murdered Black Panther Fred Hampton in his bed in Chicago in 1969. Now that the IC can gather all kinds of personal information, Weinstein believes we need a new level of oversight to prevent high-tech abuse of citizens.

—Doubts about immigration. Weinstein felt that immigration was positive until he discovered a secret study from 1985 by the National Academy of Sciences aimed at tamping down domestic wages by flooding the market with foreign scientists and engineers. As a result, the “irreverent” scientists (e.g. Richard Feynman), which the U.S. is good at producing, are getting crowded out by imported “pliant labor” that's too docile to produce groundbreaking work.

—The Trump phenomenon. Trump was the first major figure to say that our institutions are out of control, therefore “we associate this high level of skepticism with Trump rather than the people who might be doing it in a completely responsible and analytically sound perspective.” In other words, the Intellectual Dark Web, a term that Weinstein coined, came along a little too late.

—The real reason why the elites push for immigration. The relevant issue isn't the “tiny efficiency gain” immigrants provide, but rather the “attempt to use immigrants, cynically, to transfer wealth from American labor to American capital.”

—The future of capitalism. Weinstein, who believes progressives are better at dealing with the future than conservatives, has doubts about capitalism’s ability to cope with the new era of machine learning and robots. Government is also a problem—burdensome regulation that stymies innovation in key sectors must be reconsidered. “Hypersocialistic” policies may be needed to offset the major loss of jobs technological advances could cause, which even some conservative thinkers have recognized.

—On rent seeking. Weinstein’s unhappy that the economic phenomenon of rent-seeking, the attempt to increase one's own wealth without creating new wealth, isn't viewed more harshly on both the Left and Right, as it undermines the basis of wealth. He wants to look at a wealthy person and know what they actually created, which is difficult in, for example, the financial industry. He points out the fact that financial execs went to jail after the Reagan-era savings and loan crisis, meaning that at one time we knew that “the high and mighty” could be laid low. This is no longer the case. Nobody of any consequence was prosecuted in the aftermath of the 2007-2008 financial meltdown triggered by the subprime mortgage markets.