Defending the right to lie. 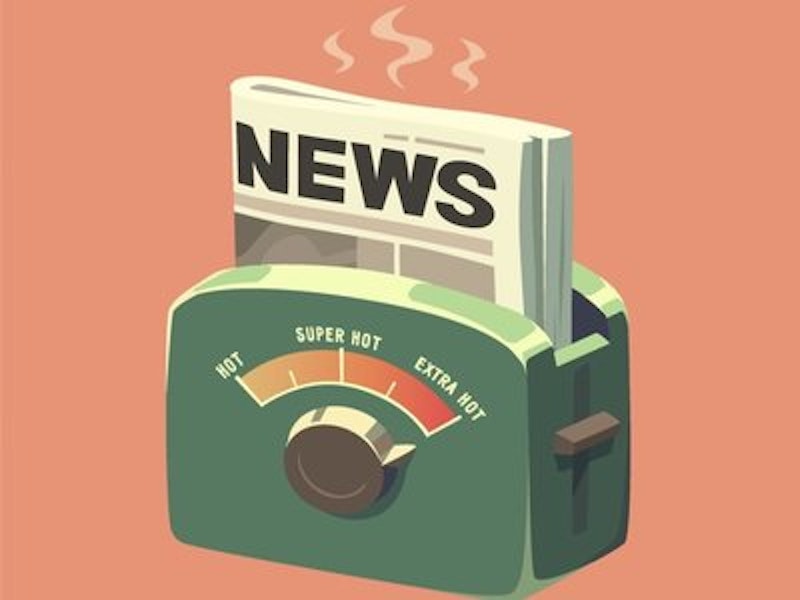 A former media studies professor of mine recently said on Twitter: “Misinformation poses a clear & present danger to democracy. Every day @twitter allows #fakenews it facilitates the demise of #freespeech.”

The tweet’s invocation of the “clear and present danger” formulation is an ostensible appeal to the legal test for incitement, a constitutionally unprotected form of speech. It’s the wrong legal standard to consider in the context of so-called “fake news,” but apparently Harvard law professors are making the same mistake. But whether we’re talking incitement or false statements of fact, the core contention is the same: certain forms of speech are so damaging and so low-value that even a free society cannot tolerate them.

The problem of fake news is a serious one. Intelligent people are rightfully outraged by viral misinformation, a social ache made more painful in the current political moment. But those concerns notwithstanding, it’s important to emphasize how careful we must be when talking about what speech is tolerable in the public sphere and what speech needs to be suppressed.

First Amendment jurisprudence has always held the democratic answer is almost never less speech, but more speech. This is so even in the case of outright lies. Granted, in a superficial sense, the current issue doesn’t implicate the First Amendment. The complaints have been directed at private corporations like Facebook, and private conduct is not beholden to constitutional constraints.

But constitutional jurisprudence is still helpful to the conversation. For over a century, free speech cases have been the locus of our country’s most challenging questions about the democratic purposes and political limits of speech. In cases stretching back decades, the First Amendment has confronted child pornography, cross burning, animal cruelty, and advocating terrorism. Each time, justices of both right and left persuasion have elaborated painful defenses of speech that all found repugnant.

With respect to the problem of fake news, Justice William Brennan’s opinion in New York Times v. Sullivan (1964) is instructive. This case dealt with the constitutional protection of false statements of fact about public officials. Civil rights activists had published statements about a city official’s oppressive tactics. The statements had been embellished. But even in their falsity, the statements had an obviously political motivation. They spoke to perceptions of racial reality. Even if the factual content of the defendants’ speech did not measure up to reality, the political content did, insofar as it communicated that certain people were being treated with cruelty and unfairness.

But the point isn’t to descend into subjectivist platitudes. A lie is a lie. And that’s precisely why Sullivan is significant. It wasn’t about defending ambiguous truths. It was about defending the right to lie. Brennan quoted English philosopher John Stuart Mill: “Even a false statement may be deemed to make a valuable contribution to public debate, since it brings about ‘the clearer perception and livelier impression of truth, produced by its collision with error.’” In a radical sense, Brennan was talking about extending the “right” we talk about when we talk about free speech. Under First Amendment values, we deal not only with the right of the dishonest individual to speak lies. We deal also with society’s right to hear them.

When chased off the public forum, lies—racist superstitions, classist myths, sexist stereotypes, bunk data, vile rumors, junk science—don’t disappear. Rather they’re forced underground to circulate and fester, taking on the rebellious virtue of official censure. When lies are suppressed from public view, representatives of truth are denied the ability to disprove them.

One might respond that even if there are gray areas susceptible to abuse, the stories that have provoked outcry are not within that gray area. They are pernicious, willfully false lies designed to manipulate and influence a volatile political culture. But when it comes to fundamental rights, small gestures can carry a thunderclap. Constitutional rights should not only be protected begrudgingly, as a matter of legal realism. They need to be internalized and valued outside the courtroom too.

The reason for this is that there’s danger in the economic metaphor as well. A common cliché analogizes public discourse to the free market. The antitrust and securities laws regulate the way money changes hands. Why shouldn’t we enforce the same baseline standard of fair play on the “marketplace of ideas”? It’s tough to enunciate a response unless one understands, a priori, that thoughts are not dollars. They cannot be valued, exchanged, or regulated like business and finance.

On another level, some trust economics itself to sort signal from noise. Calls for Facebook to abolish falsity suggest that if the government cannot do it, maybe we need corporate regulation of speech. But is there anything more ghastly? Since when can we trust corporations to get the truth right? How long before the tidal profit motives of social media colossi begin to shape the contours of “real” and “fake” information?  We don’t need to digress into the epistemological anarchism of Paul Feyerabend to recognize that in a neoliberal system, factual legitimacy is just as often a tool of profit and ideology as a category of empirical authenticity.

The idea that we’d cede authority for adjudging permissible and impermissible political information to a corporation is startling. Granted, slanted news services curate facts for targeted audiences. But the recent calls for corporate crackdown on “fake news” only threaten to further impoverish matters. Rather than the reality of radical polarity, we’ll be treated to a fantasy of corporate consensus.  It’s one thing for media conglomerates to peddle profit-bias and soothing ideology. It’s another thing for us to rise up and beg for it.

The point is not to insist liars be given equal credence to those committed to justice and reality. There emphatically are such things as truths and lies. But the point is rather to accept that one of the bitter pills of free society is the continual collision of truth with lies. Though they are low, we cannot bury lies in the dirt. The idea is to throw light on them.