If it’s not scripted, political establishment is confused. 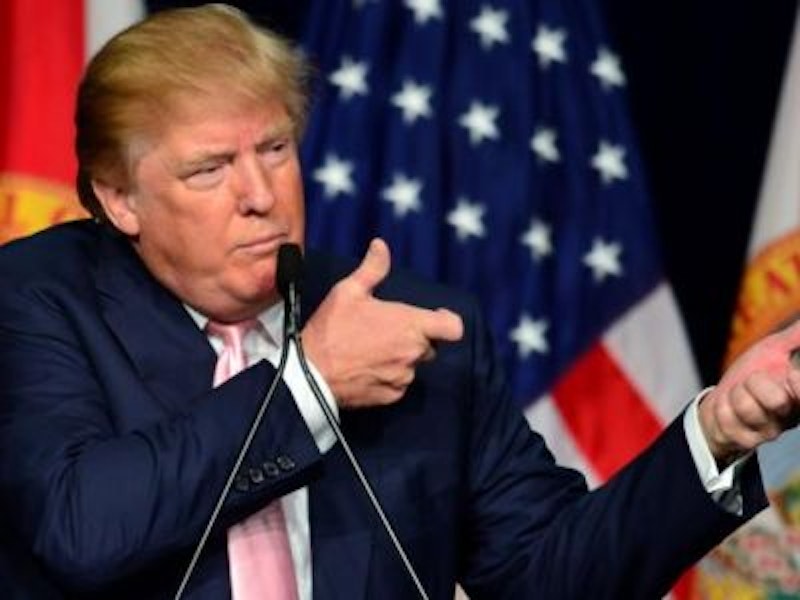 There are many good reasons to vote against Donald Trump for president. The least of these is the latest outrageous thing he’s said. They're blowing over quicker now, though, partly because of sheer volume, and partly because the responses are merely incomprehensible. An amusing verbal sally (“I hope they find her emails”) is greeted as "treason." When he says, “If she's so opposed to guns, she should disarm her security people,” it's supposed to be a death threat. Inevitably, however, every brouhaha is a bit less explosive than the last. Months of non-stop outrage makes people boring, charmless, and stupid: intolerable, one hopes, even to themselves.

Since the early 1990s at least, American political discourse has become more constricted, and in a particular style or direction. By the 1992 election cycle, “communications” had become a “science,” under the auspices of data analytics, advertising, academic communications programs, and the expertise of political scientists and consultants. The science focused on “media effects” on audiences and reduced communication to manipulation: the only question was how you could get people to respond as you wanted them to. The idea was to develop trigger words, images, or phrases to do that, test them systematically, and then deploy them in all media all the time.

It got to the point where people could be disqualified for a single unrehearsed or excessively human moment, as in Howard Dean's scream in the 2004 campaign, and it was usually a good bet to put your money on the most robotic candidate.

This is still exactly the way Hillary Clinton runs her campaign in 2016. She puts an army of people and advertisements in the field, and they all mutter the same phrases in the same order. Then she reads them off the teleprompter. Then she repeats them to the reporters on her plane. This is known as “message discipline,” and “messaging” has come to dominate American political discourse. A word like “transparency” will suddenly flower from the mouths of absolutely everyone simultaneously, and there will be another consensus phrase next week.

So universal are these practices and so rote is everyone's application of them that anything that isn't muttering nothing in unison is greeted with complete confusion or unalloyed freakout. Anything that's not mechanical begins to sound insane.  People with Ivy League educations are apparently unable to grapple with irony or hyperbole, listen for context, or engage in any sort of verbal repartee or play. How could he have said that generals have been “reduced to rubble,” insulting America itself? Day after day they purse their lips like David Brooks schoolmarms: “He can't say that.” According to them, Trump has already disqualified himself with untoward verbal flourishes a thousand times, and yet there he is, ticking right along.

People on television take it as completely obvious that you'd never want anyone improvising, that we only want to hear mechanical playback devices. They congratulate Trump every time he reads a teleprompter or seems rehearsed, every time he says the same thing over and over as prescribed by Kellyanne Conway, and sticks to it. Making him conform verbally is, to them, self-evidently a good political strategy, and a moral good. But more, it will let them stay comfortable in the world they’ve made, in which they already know what everyone will say.

Trump amuses himself by insulting people, but they seem to have no idea of how to play, battle rap, or engage in amusing yet vicious teasing. That's because they've forgotten really what communication is. I think that if there are any actual people left, they should talk a lot more like people, even on cable news, and even if they have to learn to talk all over again.