Cultural appropriation is nonsense, and they resisted. 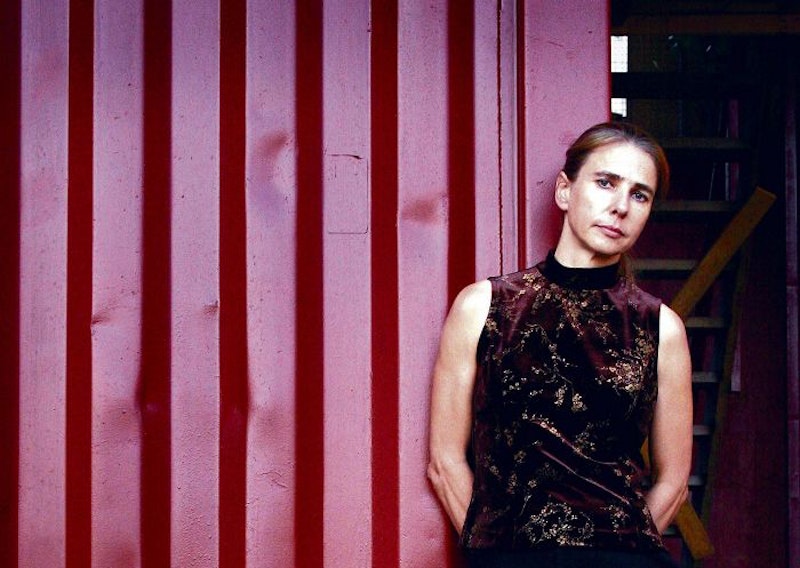 Last week, fashion designer Marc Jacobs ran afoul of the cultural appropriation police who are on the lookout for the next oppressor to shame. Jacobs’ offense was to put fake dreadlocks on mostly white models for his most recent fashion show. “Cultural appropriation!” some shouted.

How many more black models Jacobs should’ve used isn't exactly clear, but some of his models were black and brown. If the fashion celebrity were more aware, his critics complained, he'd have attributed the inspiration for his punk-style dreadlocks to Rastafarians rather than “street style.”

Jacobs’ dreadlocks were a cartoonish, rainbow-colored exaggeration of the real hairdo. He's an artist. Artists are inspired by what enters their consciousness. If we limit what they can tinker with, in the name of appeasing a noisy few, we guarantee artistic expression that's watered down, and the culture as a whole suffers.

“I don’t see color or race—I see people,” Jacobs responded to his critics. He should’ve left it there. Unfortunately, he went on to add, “Funny how you don’t criticize women of color for straightening their hair.” Had he thought this out, he'd have realized that black women have historically faced societal pressure to straighten their hair to more resemble Caucasian hair. Jacobs caught heat for this tactical error, and was forced to apologize, handing a victory to the zealots.

Over on the literary side, it was author Lionel Shriver, just a few days before Jacobs “offense,” who incurred the wrath of the culture cops by giving a speech at the Brisbane Writers Festival in which she had the temerity to mock the concept of cultural appropriation. It was too much for someone the Brisbane Times calls a “celebrated Australian writer,” Yassmin Abdel-Magied, who walked out on the speech. The organizers of the event found her remarks so unacceptable that they disavowed Shriver's speech to shield themselves from any fallout. So much for freedom of expression at a writers’ conference.

Shriver spoke out against the idea that authors are not “allowed” by politically correct types to write in certain ways based solely on their own identity. To highlight the absurdity level identity politics can produce, she mentioned the campus controversy at Bowdoin University—one fomented by a tiny group—where students wearing sombreros at a tequila party was turned into an egregious act of “ethnic stereotyping.” Safe spaces were set up for the traumatized. Tragedy was averted.

The literary counterpart to the sombrero affair is that writers are now pressured not to write from the perspective of minority groups with less “privilege.” Shriver listed a number of literary works that would never have been written had their authors allowed their artistic vision to be compromised out of fear of offending.

Crime writers are not criminals, Shriver said, just as authors who write on sexual assault are not rapists. “Fiction, by its very nature,” she added, “is fake. She believes writers should be limited by their talent, not identity.

Yassmin Abdel-Magied wants writers limited to her rules. She responded on her blog that a British white man (she specifically referred to Chris Cleave, author of Little Bee) shouldn’t be allowed to write about the experience of a Nigerian woman “because the actual Nigerian woman can’t get published or reviewed to begin with.” This would be news to, say, Nigerian female writer and MacArthur Genius Grant recipient Chimamanda Ngozi Adichie.

The tone of Shriver’s speech was mocking. She wore a sombrero for much of it. A festival participant confronted her later, shouting, “How dare you come to my country and offend our minorities?” Shriver hadn't actually mentioned any Australian minorities in her speech though, an indication of the mentality she was up against.

Once you give in an inch to the practitioners of identity politics they’ll never let you stop, so people like Lionel Shriver are needed at the barricades. Without them we’d have people telling French chefs they couldn't cook pad thai, and others hectoring non-blacks who choose to wear their hair in dreadlocks. The pettiness would never cease.

Calling people out for cultural appropriation is simply tribalism. If Marc Jacobs listened to the tribalists, he’d be too scared to create anything interesting. If Cézanne, Picasso and Matisse had been forbidden to borrow elements from African art, then their avant-garde, groundbreaking contributions never would’ve come to pass. Cultural appropriation is a passing fad that will fade away if people refuse to let themselves get played. Most people find it laughable.