Dem Response to Terrorism Shows Why Trump Can Win 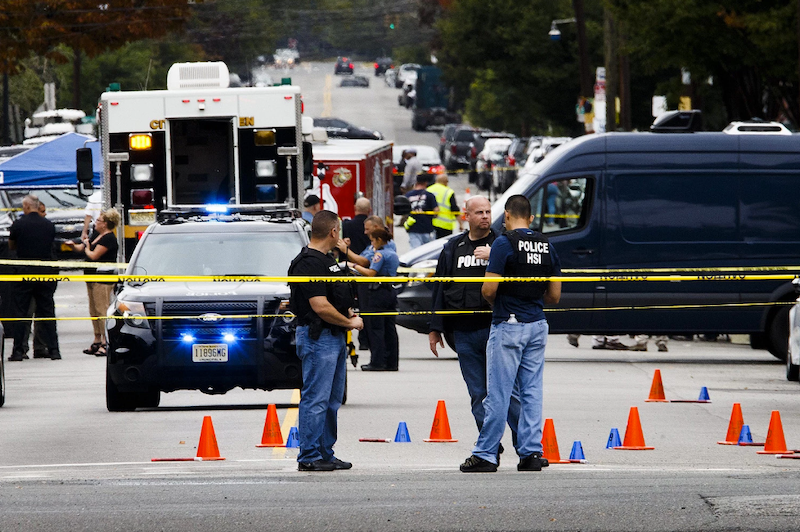 Shortly after Saturday's explosion in a Manhattan trash can injured 29, Donald Trump said, “A bomb went off in New York City. Nobody knows exactly what is going on.” He went on to add that “we better get very, very tough.”

Trump caught a lot of heat from the media and the left for making an “unsupported” statement before any law enforcement or public officials had called it a bomb. He was roundly accused of being an alarmist, just as Mitt Romney was after the Benghazi attack.

Presumably, many thought the blast could have been some sort of spontaneous explosion—an accident of some kind—on the same day someone had tried to detonate a pipe bomb across the Hudson in New Jersey at a military 5K race. To anyone paying attention on Twitter, it was obvious that a bomb had detonated. Journalists were tweeting that out, based on what law enforcement sources had told them.

A very tired looking (medicated, perhaps) Hillary Clinton, who wasn't planning on addressing the press late that evening, weighed in. Off script, she wasn't on top of her game, and ended up calling it a bombing too. Still, she went on to criticize Trump for not being properly circumspect by calling it a bomb.

The heavy media criticism of Trump for being a loose cannon continued well after Hillary herself had acknowledged it was a bombing. The reality TV star is still in this presidential race, seemingly against all odds, and what happened on Saturday is a prime reason why. His stock goes up every time there's an Islamist terror attack. The media and left wing don't want to touch the “Islamist” angle, so they downplay the severity of the situation and focus on the “Islamophobia” backlash angle. The lingering impression is that the Democratic party hasn't a clue when it comes to terrorism. It seems to pain them to even acknowledge the existence of Islamist terrorism.

This tweet is what Trump supporters and potential Trump converts think encapsulates the Democrats’ attitude towards Muslim extremist violence: “@DavidGoldberg49: Can we really blame Ahmad Khan Rahami for his actions? He lives in a country that legitimises Islamophobia and endorses hate. #ElizabethNJ.” He was allowed to immigrate here from one of the worst hellholes in the world, Afghanistan, and become a citizen, but we made him try to kill dozens of people who’d done nothing to him. That's the message.

There's enough of Mr. Goldberg's sentiment on the Democratic side to keep this presidential race tight. Look at how New York City mayor Bill De Blasio handled the bombing. In the immediate aftermath, he was only willing to call the bombing an “intentional incident,” stating that there was no evidence of a “terror connection.” When a bomb is detonated in a crowded place, it is, by definition, terrorism, whoever has done it. The mayor meant “Islamist terror connection,” but he did little to reassure anyone feeling uneasy.

President Obama, waiting until Monday morning to issue a statement, asked Americans to say something if they see something, but in the current atmosphere that he and the Democrats have created, people are afraid to do this for fear of being called Islamophobic, as happened with the neighbor of the San Bernardino terrorist couple last year who saw suspicious activity but was afraid to report it.

Bill De Blasio is now calling for more Muslim immigrants. Since when does this country put out a blanket call for persons of a particular religion, as opposed to people of any religion who want to assimilate and contribute to society?

On the same evening as the Chelsea bombing, a Muslim man ran amok in a St. Cloud, Minnesota mall, yelling “Allahu Akbar” and stabbing 10 people. The media, in denial, claimed not to know the Somali immigrant’s motivation until ISIS finally took credit for the attack.

People get the message of weakness from the left after terror attacks, and they gravitate to Trump. A report released in June by the Senate Subcommittee on Immigration and the National Interest indicates that 65 percent of people convicted of terrorism-related charges from 9-11 to the end of 2014 were born abroad. Almost every major jihadist attack carried out in the U.S. in recent years has been committed by Muslim immigrants or their children. Calling for more Muslim immigration three days after a terrorism incident sounds to many like specifically calling for more terrorism, and that would be the result. Democrats don't have a handle on this issue. They can't get their tone right after a terrorism attack, and it's a big gift to Trump.

The people who freaked out when Trump said it was a bombing in New York, even though Hillary said it too, would never believe it, but they're a major reason why their biggest nightmare still has a chance to become president.