Reason talks to me, combats the Fed. 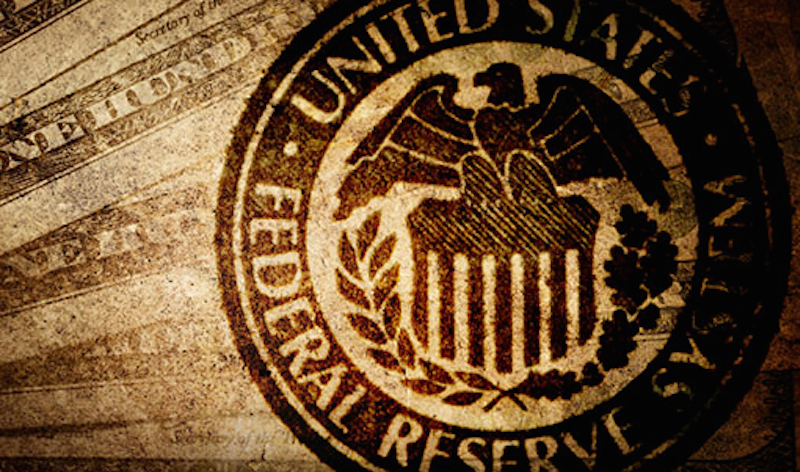 With Bernie Sanders soon to be forgotten by an amnesiac electorate, the weird dual challenge for the Libertarian Party ticket is going to be somehow simultaneously appealing to (a) disgruntled socialistic insurgent Bernie voters who hate Clinton and (b) disgruntled capitalistic mainstream Republican voters who hate Trump. It’s a crazy scheme, but with pot-defending Gary Johnson on the top of the LP ticket and state-workers-reducing William Weld on the bottom of the ticket, it just might work.

One Johnson associate points out that most people who can identify Johnson say they’ll vote for him, so it may now just be a matter of increasing his exposure (not that I’m saying the pattern will remain that strong throughout the electorate).

There’s always the question among libertarians of which issues to emphasize and which if any to downplay for strategic reasons. One of the things that keeps libertarians at each other’s throats is that their intuitions in this area range from “Start by telling people that five year-olds should be able to buy heroin, just to make sure we have their attention and they haven’t the slightest residual loyalty to the state” to “Let’s not even legalize drugs for adults anytime soon, since there are plenty of moderate, slightly-libertarian things we could do such as cut taxes two percent.”

Somewhere in between fanatical and milquetoast—between gigantic civilization-altering ideas and technical minutiae—is a technical-yet-momentous tweak like auditing or abolishing the Federal Reserve. That’s the subject of the book Who Needs the Fed?: What Taylor Swift, Uber, and Robots Tell Us About Money, Credit, and Why We Should Abolish America’s Central Bank by John Tamny, who is among other things a senior economic fellow at the Reason Foundation. His book is a pretty good model, I think, of how you can present a daunting issue like abolishing the Fed, not long ago only spoken about by wild-eyed Ron Paul fans, and make it seem neither deranged nor boring, simply by approaching it with common sense and clear prose.

A surprising aspect of the book is that instead of focusing on the Fed’s decision-making process and the ups and downs in the market that it causes (with all the graphs that usually entails), Tamny focuses on the more basic concept of credit itself, showing what happens when you try to fake it or distort it. Projects ensue that should never have been funded, and projects that should have been funded thus go without money. He uses familiar industry after familiar industry, including sports, to show easily understood side effects.

Along the way, he notes that even being a huge star like Warren Beatty is no guarantee of getting movie funding once you’ve had a flop or two. Away from banking, which is a smaller and smaller part of the credit story, the rest of the world has cautious and rational credit systems all its own. Tamny uses the making of the 1980s comedy Splash as one of his Hollywood examples, and it just so happens this very week brought word the producer, Brian Grazer, hopes to re-make the film. Now that it’s a proven commodity, not only will it probably get funding but everyone in Hollywood will pretend they would have greenlit it the first time around if asked—though in truth it barely got made.

In other Reason/video production news, this week also brought the unveiling of Reason.TV’s video interview of me by Nick Gillespie about my book. I’d like to take credit for nearly everything about it except Nathan Smith’s wonderful cartoons, but of course I’m channeling a whole political tradition, and I just hope I can interest a few newcomers in it, possibly included some disgruntled former major-party voters.