Trump and the Limits of “Anti-PC”

Hate speech is not just anti-PC. 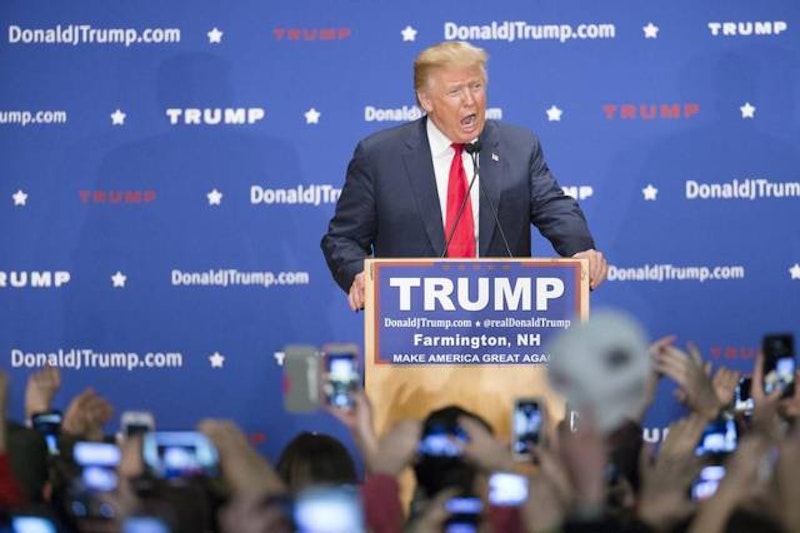 It’s fashionable these days to bash political correctness. In the last couple of years there’s been a big reprise of the PC Wars of the early 1990s, with one side calling for greater sensitivity—often to the point of policing language or even thoughts—and the other replying that, no thanks, it’s a free country and we’ll be as offensive as we want.

The PC types, old and new, have often overplayed their hand. Referring to short people as “vertically challenged” was always stupid. Nobody likes arguments that popular movies are “problematic,” or parsing of comedians’ jokes for offense. Much has been already written about all of the PC craziness on college campuses, from “safe spaces” to the shouting down of public speakers. But I’d say that the anti-PC side has overreached even more. “I’m just being politically incorrect” was once just that—a declaration that one no longer wished to play by the PC rules. But now, vocal adherence to anti-PC, in many instances, has become something much uglier—an excuse not only for open racism and sexism, but also for cruel and vicious behavior in general. And look no further than the presidential campaign of Donald Trump.

“I think the big problem this country has is being politically correct,” Trump said during the campaign’s first presidential debate back in August, in defense of hateful comments he’d made about women. It was under the banner of “anti-PC” that the candidate has made his litany of vile statements throughout the campaign, whether about Mexicans being rapists, deporting Muslims, and the vicious insults of women.

It’s been a successful strategy for Trump, who’s found much purchase among his target audience, the type of people who consider themselves a “silent majority” when they’re in fact neither silent—people who hold Trump-like views tend to be rather loud about them—nor a majority. But it’s easy to lose sight of something: some things really are terrible and indefensible, and preemptively declaring them “not politically correct” doesn’t in any way make them any less terrible or indefensible. Never mind the numerous things Trump baldly lies about, which are not so much politically incorrect as factually incorrect.

When Trump proposed to ban Muslims from traveling to the United States, that was pretty politically incorrect. So were the various times Trump has egged on violence at his rallies, or when he attacked John McCain’s military service, or the incident this week in which Trump’s campaign manager roughly grabbed the arm of a female journalist who was trying to ask the candidate a question. Then there’s the small matter of Trump being the all-but-official candidate of America’s burgeoning white nationalist subculture.

What’s the outer limit to this? If a future president were to, say, imprison America’s entire Muslim population, or purposely kill thousands of civilians in a preemptive airstrike, or propose stripping women of the right to vote, that would be very politically incorrect. They might even be met with applause from Trump’s fans. But all of those things would be absolutely horrible. Railing against PC, the last eight months have taught us, is a profitable and effective strategy in a GOP primary. But that time has also taught us that the line between “proudly anti-PC” and “unabashedly racist, sexist, and generally being an awful human being” is a very thin one. When Trump loses in November in an electoral landslide, perhaps that will be the lesson.