Trump and COVID, the Non-Tragedy

A lot of the prayers for the recovery of our president aren’t entirely sincere. 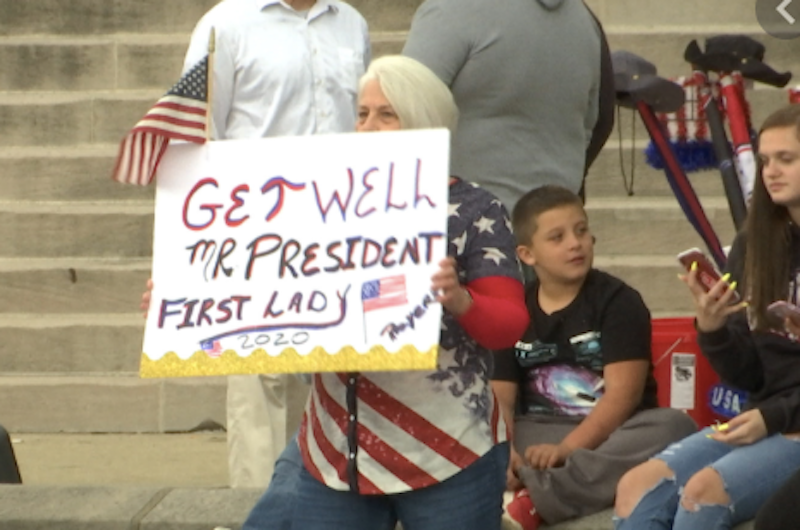 First, he deserves it. Trump got the pandemic terribly wrong and demonstrated a stupidity that I hadn't seen in him before: impressed, as he often said, by his own intelligence, he believed things about COVID whimsically, eclectically, for any reason at all or none whatever. What stake, for example, did he have in whether hydroxychloroquine turned out to be a useful therapy? Only a dangerous and ignorant fool suggests ingesting disinfectant as an anti-viral therapy. Polarizing the American population on mask-wearing has ended up increasing infection rates, including, now, among Trump's own circle.

Most remarkably, as he thrashed about, trying to prop up his poll numbers, he lost track of his own self-interest; the only way he was going to win this election was by doing a decent job on the virus. I was willing to give him the benefit of the doubt for awhile on this one; the arrival of the pandemic and the subsequent extreme economic sag were not in anyone's control, really. Everyone fumbled about, trying to figure out exactly how the virus spreads, whether to impose travel bans, and so on. We could have forgiven some mistakes. But not this months-long display of multi-dimensional idiocy.

Trump's thrashing about certainly exacerbated the spread of the virus, though it's fair to say that everyone involved in the response made terrible mistakes (the CDC rolled out flawed tests while not permitting private companies to develop tests of their own, for example). But Trump's rhetorical shenanigans and wishful thinking have certainly led to many unnecessary deaths. And it's probably fair to say that they led directly to his becoming infected with the virus himself and to an outbreak among his own staff, family, and Senate allies.

So he deserves the virus. It was amazing to hear the good wishes and prayers for a speedy recovery from people who’ve spent the last few years railing against Trump as a white supremacist and a sexual assaulter, a fascist and a would-be autocrat, the greatest danger that American democracy has ever faced. "Like all Americans," Jake Tapper, Nancy Pelosi, and Nicholas Kristof pray that "our president" recovers as quickly as possible, so he can further impugn the legitimacy of American elections, suppress the vote, and call his supporters to the streets should he lose, refuse to leave office, and so on.

No one wants to appear to be the sort of person who wishes for the death of other people, though all of us short of Kristof probably wish for the death of other people almost casually. It’s one thing to not want to appear to be a certain sort of person, and another actually not to be. I'm not hearing all the prayers and get-well-soons as entirely sincere.

In a messy world where coherent stories tend to fall apart on close examination, in which what’s real and what’s just diverge continually, the getting-his-just-deserts shape of the Trump/COVID saga makes for a crisp narrative and yields satisfaction in the karmic dimension. If submissive Senators or cabinet officers follow him down to Walter Reed, it might occur to one, that, again, is no more than justice. (I don't want to wish a virus on Bill Barr, or at any rate I don't want to appear to be; like all Americans I pray for continued health of our Attorney General.) But though it makes for a coherent, satisfying story, it’s not a tragedy.

In tragedy as conceived by the Greeks and theorized by Aristotle, a great man is brought low by a flaw in his character or history, perhaps something over which he has no control, or even by the very quality of character that makes him great. One thing that the Greeks meant by greatness was precisely the sort of fame that goes down through the ages. I'm going to speculate or assert that, by that standard, Trump is a great man: the most famous person in the world since Napoleon, for whatever reason. But however he may have felt about his parents, Trump is no Oedipus, a great good king who, unbeknownst to himself, long ago accidentally made some terrible mistakes.

Trump’s no tragic hero because the greatness is all mere glory; it’s only fame; there’s nothing great in the man himself; he’s great only in the unaccountably huge reaction to which he has given rise. He's not a hero with a tragic flaw; he's all flaws, and if I were trying to write him as a tragedy, I'd bring about his downfall through one moment of unaccountable integrity. I'd lose him the election in a series of fever-Tweets in which he engages in withering acts of self-reflection. When the fever abated—if it did—he'd be the same blowhard that he'd always been, but we'd know now that he knows or knew that about himself.

Meanwhile, I think I'll hold my mail-in ballot for a week or two, just to see if the candidates survive.