Lots of Choices in Vermont

A politician should clearly believe in something, even if only he believes he’ll have another drink. 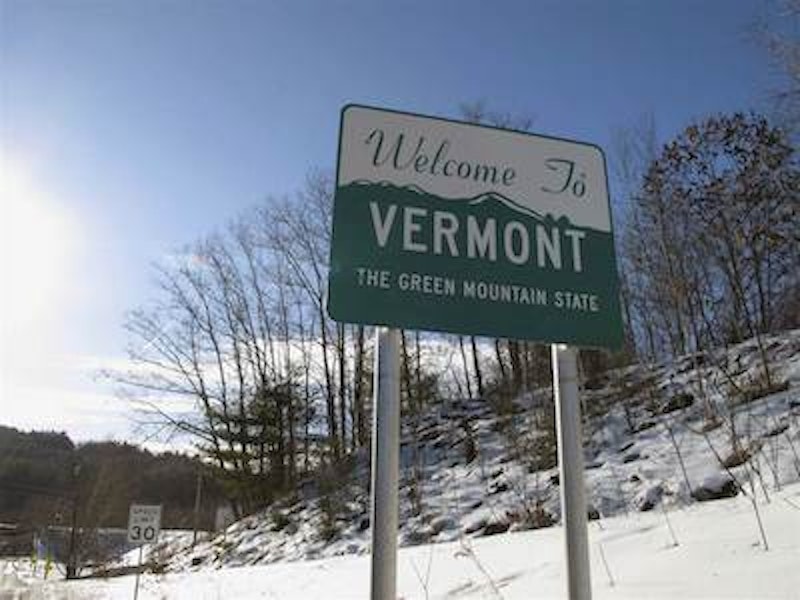 Even a casual visitor to Vermont may find its political life more diverse than just Bernie Sanders and Ben & Jerry’s ice cream. There are 24 Presidential candidates on the November 2020 ballot. That’s before we get to the eight candidates for Governor and six candidates for Lieutenant Governor, one of whom, Ray Billado, is running for both offices at the same time.

Vermont’s Governor, Phil Scott, is a Republican, a popular moderate like Charlie Baker of Massachusetts and Larry Hogan of Maryland. His election victories apparently stem almost entirely from his personality and effective performance in office. His personal following, however, doesn’t vote for the rest of the Republican ticket.

At one point in the last decade, the Vermont Republican Party supposedly declined so far as to reduce its headquarters to a post office box and telephone with voice mail. Reportedly, the telephone was almost never answered and its mailbox usually full.

The rest of the Republican ticket? Thanks to the state’s quirky election laws, one man might’ve comprised the rest of the ticket in 2018. Vermont allows a candidate to file for more than one office at the same time. Two years ago, H. Brooke Paige, a semi-retired businessman who seeks public office as a pastime, filed for six statewide positions: U.S. Senator; U.S. Representative; State Treasurer, Secretary of State, Auditor of Accounts, and Attorney General. He won them all in the August Republican primaries, probably pulling off the first political sexfecta in American history. An affable, well-spoken, intelligent, and good-humored older gentleman, Paige often campaigns in the formal dress of a 19th century-statesman, complete with silk top hat.

In cooperation with the Republican state leadership, such as it is, Paige withdrew from each contest save Secretary of State, permitting the party elders to choose substitute candidates. All the substitutes were soundly defeated in November 2018. So was Paige, who polled 29 percent of the vote against the incumbent Secretary of State, Democrat, Jim Condos.

Vermont’s 24 Presidential candidates may range America’s political spectrum from left to right into the Fourth Dimension. Six of them are on the ballot only in Vermont. The Liberty Union Party, an aging survivor of the New Left, where Bernie Sanders began his political career, has nominated a Trotskyite. Elsewhere on the left are American Solidarity (left-wing pro-life Catholics), Boiling Frog, Bread and Roses, Green, and Socialist Workers (also Trotskyite).

On the right are Constitution, Prohibition, and Libertarian.

At least one party is dedicated to a political panacea, Approval Voting. That system permits voters to mark their ballot for as many candidates as they wish. This will theoretically reflect the consensus of the electorate on acceptable candidates. The one with the most votes wins.

Some parties don’t stand for much beyond their nominees’ ambitions for office, such as Alliance, which began a few years ago as a centrist party, and Bull Moose, which has nothing to do with the long-dead Bull Moose Progressive Party of Theodore Roosevelt.

There are also six Independents and one Unaffiliated.

To discuss a few candidates:

The Constitution Party’s Presidential nominee is Don Blankenship, a West Virginia coal magnate. He’s known for his role in the Upper Big Branch Mine coal dust explosion of 2010, in which 29 miners were killed. The Mine Safety and Health Administration found that “the [mine] operator promoted and enforced a workplace culture that valued production over safety, including practices calculated to allow it to conduct mining operations in violation of law.”

This finding seems consistent with Blankenship’s management beliefs. He said in a documentary:

It's like a jungle, where a jungle is survival of the fittest. Unions, communities, people—everybody's gonna have to learn to accept that in the United States you have a capitalist society, and that capitalism, from a business standpoint, is survival of the most productive.

After trial, Blankenship was convicted of conspiracy to willfully violate mine safety and health standards, fined $250,000, and sentenced to one year’s imprisonment.

The New Mexico Constitution Party rejected Blankenship for Sheila “Samm” Tittle, who ran for President in 2012 (2571 votes) and 2016 (14 votes) under the label “We the People,” and the Oregon and South Carolina Constitution Parties made no Presidential nominations at all.

Phil Collins, the nominee of the Prohibition Party, America’s oldest third party, advocates the prohibition of the manufacture and sale of alcoholic beverages. He’d revive the Noble Experiment of 1920-1933, which gave rise to hip flasks and organized crime to supply the needs of a thirsty public. A once-popular failed idea, particularly when imbued with overtones of moral and religious righteousness, often survives for decades through its persistent and well-meaning adherents.

H.L. Mencken reportedly made the observation that now appears on bumper stickers: “Twenty-four hours in a day. Twenty-four beers in a case. Coincidence?  I think not.” On the night of December 5, 1933, when Prohibition was repealed, Mencken posed for newsmen while sipping his first legal post-prohibition glass of beer. One hopes the beverage was National Bohemian, better known to Baltimoreans as Natty Boh.

To steal an image from Joe Flaherty, the manager of Norman Mailer’s 1969 campaign for Mayor of New York City, Independent Presidential candidate Kanye West runs simultaneously so far to the left and to the right that he might meet himself coming down the street. After West announced his candidacy, his wife, Kim Kardashian, issued a public statement that he was suffering from bipolar disorder and asked the public to be understanding of his condition. As a British politician observed after the spouse of a French cabinet minister publicly shot and killed the editor of Le Figaro for publishing love letters the couple had exchanged while married to other people: “This is really not the kind of support you want from your wife.”

Parenthetically, Madame Caillaux, the cabinet minister’s wife, was acquitted after trial, unlike Blankenship.

One should mention Roque “Rocky” de la Fuente, the Alliance Party candidate, if only because few others do. He’s a wealthy California businessman who ran for President as a Democrat and then as an Independent in 2016.

Two years later, he unsuccessfully ran in Republican primaries for U.S. Senator in nine different states (including Vermont, where Paige handily defeated him).

Running for Federal office in a state where one doesn’t live is legal. So is running in more than one state at the same time. The qualifications of Senators in Congress are set forth in Article I, Section 3 of the Constitution of the United States, which reads:

No Person shall be a Senator who shall not have attained to the Age of thirty Years, and been nine Years a Citizen of the United States, and who shall not, when elected (emphasis added), be an Inhabitant of that State for which he shall be chosen.

The Supreme Court held the Qualifications Clause an exclusive list of qualifications that cannot be supplemented by state law in U.S. Term Limits v Thornton, 514 U.S. 779 (1995). Directly on point is Schaefer v Townsend et al., 215 F.3d 1031 (9th Cir. 2000), which explicitly held that a state can’t require a candidate to be a resident prior to the time of election. Most primaries are held long before Election Day. If a long-distance candidate won the primary, he could move into the state on Election Day.

Clearly, de la Fuente believes that public service is calling him. So far, the public apparently disagrees. His political beliefs are unclear. That’s unfortunate. A politician should clearly believe in something, even if only he believes he’ll have another drink.

Paige, who has contested the 2012, 2014, 2016, and 2018 Vermont state primaries, is the 2020 Republican nominee for Secretary of State and for Attorney General. He’s not a lawyer, but neither the State Constitution nor the Vermont Statutes Annotated require the Attorney General to be admitted to the bar.

As if that’s not enough, Paige is running for President on the ticket of the Grumpy Old Patriots. He’s on the ballot only in Vermont. To borrow a line from British bookmaker William Hill, Elvis Presley is more likely to crash a UFO into the Loch Ness Monster than Paige is to take the oath of office for any of the posts he seeks.

Yet, given the current political atmosphere, one can’t blame anyone for feeling like a grumpy old patriot.