You know it’s serious when a Canadian won’t apologize. 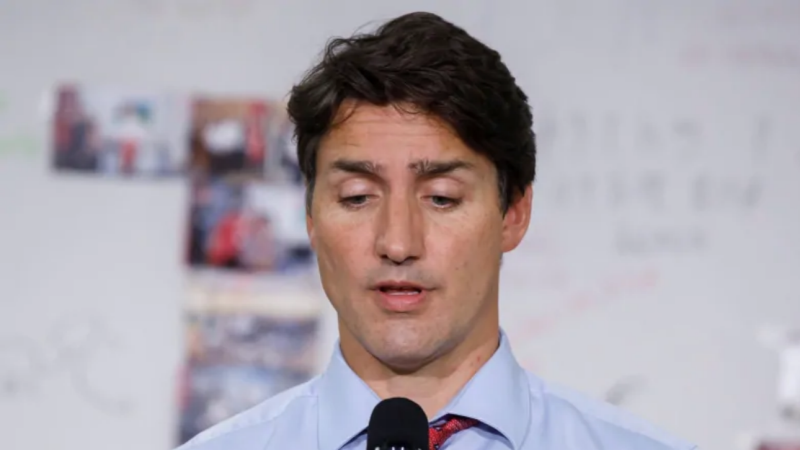 On Wednesday, Canada’s federal ethics commissioner Mario Dion released his report on Prime Minister Justin Trudeau’s conduct in a legal case involving engineering and construction company SNC-Lavalin. Dion’s strongly-worded conclusion was that Trudeau had inappropriately sought to influence the attorney general into offering the corporation a remediation agreement—basically, a kind of negotiated settlement. At a hastily-called press conference Trudeau said he accepted Dion’s verdict but disagreed with some of the commissioner’s findings, and refused to apologize for “standing up for Canadian jobs.”

This is the latest twist in a scandal that first emerged in February. Dion’s report, released with no warning, moves it back to the front page. Only now there’s a federal election coming up in just over two months.

It started in 2015, when Trudeau won a majority government and named Jody Wilson-Raybould minister of justice and attorney general, the first Indigenous woman to hold that position. Among the cases she inherited from the previous government was a set of charges against SNC-Lavalin for using bribery to get business in Libya. Things moved slowly. In early 2018 the Trudeau government introduced remediation agreements into the Criminal Code, and SNC-Lavalin immediately began to argue they should be allowed one. Prosecutors disagreed.

Dion found that between September and December of 2018 there were a number of conversations between Wilson-Raybould and Trudeau or other high-ranking members of the government, in which she was pressured to call off the court prosecution and give SNC-Lavalin a remediation agreement. Trudeau apparently was concerned over the economic impact of the prosecution on the company, and by extension the political impact on the province of Quebec—where Trudeau’s riding is, and where the Liberals won 40 of 78 ridings in 2015.

In January a cabinet shuffle saw Wilson-Raybould moved from Justice to Veterans Affairs, which was considered to be a demotion. On February 7 The Globe and Mail first publicly reported that Trudeau’s aides pressured Wilson-Raybould to extend a remediation agreement to SNC-Lavalin. Trudeau denied any wrongdoing, but the report led Dion to begin his investigation. Over the next weeks, Wilson-Raybould resigned, then not long after so did Trudeau’s Principal Secretary Gerald Butts—one of the men who pressured Wilson-Raybould. Wilson-Raybould spoke privately to cabinet regarding the matter, then in public to the House of Commons justice committee.

Her testimony directly contradicted Trudeau’s claims of innocence, saying that he and members of his staff pressured her in “in-person conversations, telephone calls, emails and text messages.” Progressive Conservative leader and opposition leader Andrew Scheer called for Trudeau’s resignation. Jagmeet Singh, head of the New Democratic Party, called for a public inquiry. On March 4, Treasury Board President Jane Philpott announced her resignation, stating she had lost confidence in the government.

In early April Wilson-Raybould and Philpott were officially kicked out of the Liberal caucus. A few days later, Scheer claimed Trudeau’s lawyers were threatening to sue him for libel over his comments on the case. By the end of the month, the Liberals were trailing the Conservatives in the polls by 13 points.

And then they began to gain ground back. By noon last Wednesday, polls had them ahead of the Conservatives again (at least in terms of the number of seats they were projected to win). Butts had been hired back to work on Trudeau’s re-election. Wilson-Raybould and Philpott had both announced they’d run as independents.

Dion’s report was sudden. A damning document, it confirms Wilson-Raybould’s version of events. It criticizes the Trudeau government for asking her to consider partisan political concerns in the case. Further, Dion states “Throughout the public consultations and the ensuing legislative process to adopt the remediation agreement regime, SNC-Lavalin engaged in regular discussions with officials in the Prime Minister's Office, the Privy Council Office and the Minister of Finance’s office.” In other words, they were potentially involved in the crafting of the law to create the remediation agreement that Trudeau expected his attorney general to offer them.

So what happens now? Canada’s Conflict of Interest Act doesn’t give the ethics commissioner the power to levy sanctions, like fines or jail time. It’s up to the Prime Minister to take further action, and we can reasonably expect that in this case the sum total of that action will be nil. There’s that election looming. But Trudeau’s great good fortune is that the other leaders of the major parties have yet to demonstrate any ability to catch the favor of the electorate. Consider their performances on Wednesday.

The timing of the release of Dion’s report was a surprise, but that it was coming at some point had to be known. Still, neither Scheer nor Singh was prepared with memorable talking points. As some commentators observed, having already called for Trudeau’s resignation months ago, Scheer had left himself nowhere to go. Although the scandal’s been an ongoing concern for months, neither he nor Singh knew how to capitalize on it.

It might not matter. The major Canadian federal parties have narratives they struggle to get away from. The Liberal narrative paints them as the party of corruption and corporate influence. If voters perceive that Trudeau governs primarily on behalf of big corporations, or that he lets corporations have a hand in drafting laws, that could play into the pre-existing narrative and significantly dent his support.

It’s tempting to speculate that Dion wanted to avoid having a Canadian version of the Comey letter emerge right before the election. At any rate, his report’s out of the way, and Canadians can decide for themselves how much what he had to say matters when they cast their vote. The Dion report is the worst possible news for Trudeau, even if it’s delivered at a reasonably good time. It might affect the election, it might not. But there’s nothing in it that makes the Prime Minister look good.