Trudeau Beats Conservatives By Not Apologizing

The stakes of the upcoming election far outweigh those presented in the scandal, but no one seems to care. 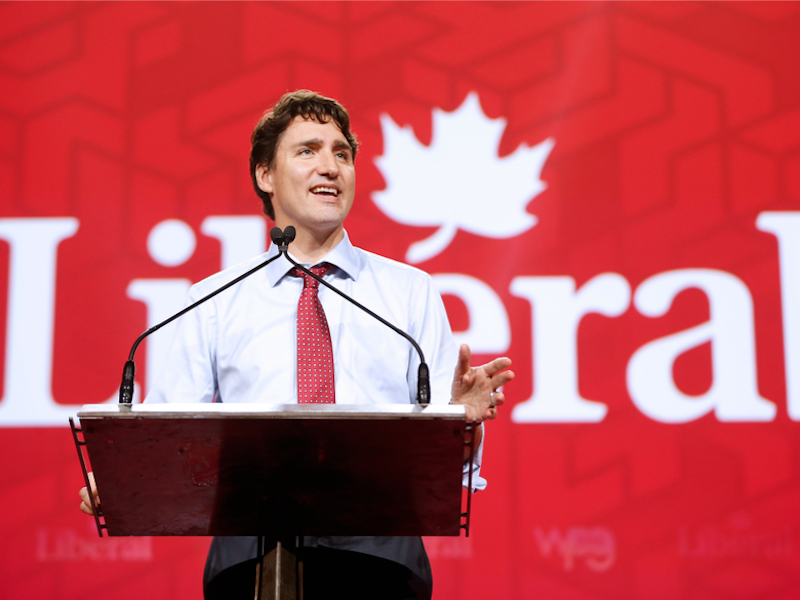 The media presentation of Canadian Prime Minister Justin Trudeau is out-of-step with the allegations and innuendos surrounding the SNC Lavalin affair. The stakes of the upcoming election far outweigh those presented in the scandal but no one seems to care.

Four years into the term of Trudeau, the handsome, charming and colorfully-hosed feminist woke bae beloved by the dignitaries in Davos to the centrist wine moms at Ozy Fest is facing the truths of his actions back home. American media pundits find Trudeau’s smooth maneuvering around a clumsy, brutish Donald Trump elegant and enticing. He represents everything valued by the liberal establishment in America: poised, pedigreed and polished.

For the Canadian press, the Trudeau love affair is coming to an end, and the traits that made him appealing to international audiences are the ones that have become niggling fixations. It’s like the entire media started noticing how loudly their significant other chews and simply can’t let it go. Like a bored lover, the Canadian media has spent much of the last year finding things to hate about a once-beloved PM.

Trudeau’s brand is that of a male feminist, not afraid to apologize, who’s use his popularity to bring in the type of talent that could get the job done. In politics playing against a character can have dire results. The SNC Lavalin scandal highlights the dissonance many have seen in Trudeau for some time.

This past week the Conflicts of Interest Commissioner Mario Dion issued a report finding that Trudeau had used his position to seek to influence the decision-making of then-Attorney General of Canada Jody Wilson-Raybould, relating to the criminal prosecution of Quebec-based mega-infrastructure firm SNC-Lavalin. Section 9 of the Conflicts of Interest Act prohibits public office holders from “using their position to seek to influence a decision of another person to further their private interests or those of their relatives or friends, or to improperly further another person’s private interests.”

For months the press has been asking if Trudeau, someone in his office or other government officials tried to pressure Wilson-Raybould to intervene in the case against SNC-Lavalin Group to spare the politically connected and economically powerful Quebec firm from prosecution. The report found that he had. But to the Canadian pundit class, the discussion has become less about ethics and more about how Trudeau’s actions throughout the scandal have contravened his brand.

Trudeau has become famous for his apologies. He apologized for Canada’s participation in an ongoing genocide of First Nations, Métis and Innuit peoples. He has apologized for the Komagata Maru incident, where Canada turned away hundreds of immigrants from British India in 1914, for accidentally elbowing New Democratic Party Member of Parliament Ruth Ellen Brosseau during an attempt to whip a vote on the floor of parliament, and closer to home he has apologized on behalf of the Royal Canadian Mounted Police for spying on journalists.

In a press conference, Trudeau said he accepted the findings of the Ethics Commissioner's report and has shown solidarity with staff and cabinet members under fire by taking "full responsibility" for the actions outlined in the report. He has however stood firm on his stance that his actions were in service of saving vital jobs saying, “I’m not going to apologize for standing up for Canadians’ jobs. That’s my job.” This is a goal that’s hard to attack for a Conservative party running on making Canada “Open for Business.”

Having given up on attacking Trudeau’s motivations, Conservatives have focused on attacking his failure to apologize for violating ethics rules and for his treatment of Wilson-Raybould. This rings strange given conservative pundits have long chided Trudeau for being an “Apologizer In-Chief” finding his commitment to public contrition unbecoming of a Prime Minister. Now many of the same conservative commentators and outlets are leading the demand for apologies. Articles attacking Trudeau for not apologizing have run in nearly every major Canadian news outlet, from the Toronto Star to HuffPost Canada to Global News Canada. Most, unsurprisingly, emphasize the unproven assumption that government ethics is a bread and butter issue for most voters. Leaning on this tired trope can at least be excused in part because these narratives reinforce the media’s self-esteem as arbiter of what is politically righteous, and what pundits can resist reinforcing their self-importance. Others fall into less outlandish territory. For example, Brian Lilley cravenly attempts to weaponize sexual assault narratives about believing women for the purpose of tarring Trudeau.

Lilley, co-founder of the alt-right media outlet The Rebel and columnist at the Toronto Sun, wrote: “Justin Trudeau spent years telling us what a strong feminist he was. He gave speeches at global conferences saying that when women come forward to tell their stories they must be believed. Then when faced with groping allegations, he dismissed it by saying the woman ‘experienced it differently.’”

The dozens of pieces fretting over Trudeau’s lack of an apology have created a sub-genre of follow-up articles asking, “Why has Trudeau not apologized yet?”

The simple fact is that Trudeau isn’t going to apologize for his actions and that’s good. The Conservative talking points for the upcoming election are that they are strong, unapologetic and focused on the economy. Trudeau has shown a firm resolve out-of-character with the typical portrayals in the conservative pundit class and it’s driving them insane. By standing with his team, keeping on message about jobs, and not apologizing he has beaten the Conservatives at their own game. They simply haven’t had the guts to admit it to themselves yet.