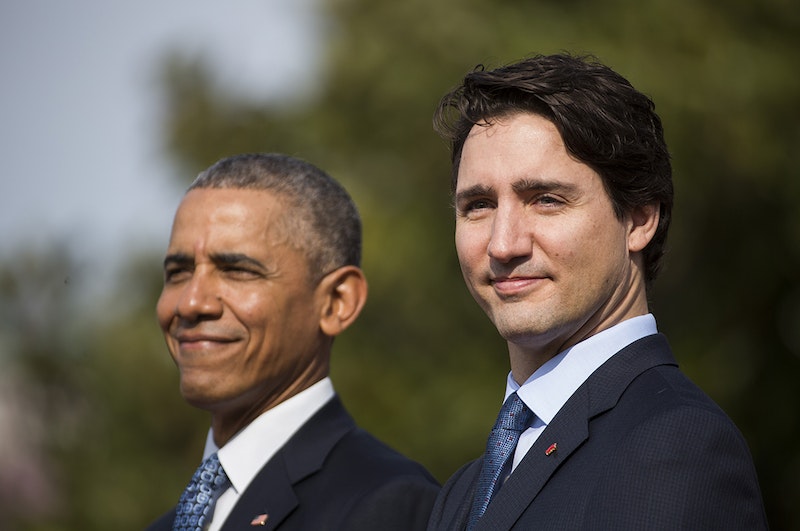 Toward the end of Tuesday night’s debate, Kamala Harris torpedoed her presidential campaign and her long-term political prospects. You can see Elizabeth Warren tense up, and then smirk, holding back a laugh as Harris launches the most pathetic attempt at a gotcha so far this cycle. Harris didn’t back down from her absurd insistence on banning Donald Trump from Twitter, going on MSNBC later to say, “They’re communicating with millions of people without any oversight, and that has to stop.” Her position is incoherent because it’s concocted by people who ran Hillary Clinton’s 2016 campaign. Anyone dumb enough to hire anyone within a three-mile radius of the 2016 Clinton campaign should be sent to Bellevue, not New Hampshire. Besides the embarrassment of seeing another snake-eyed centrist fall into the moat, Harris’ desperate gambit is further evidence that Beltway people have no idea how to deal with the unprecedented power of social media companies like Facebook and Twitter.

In an opinion piece for The New York Times, Matt Stoller wrote that astroturfed Facebook pages run by Russians and Ukrainians, “illustrate the crisis of the free press and democracy: Advertising revenue that used to go to quality journalism is now captured by big tech intermediaries, and some of that money now goes to dishonest, low-quality and fraudulent content.”

Who raked in the cash from the classifieds and escort services that kept newspapers alive in the 1980s and 1990s? What about Judith Miller, whose laundering of the Iraq War forever tarred The New York Times as craven and evil instead of simply feckless? What the fuck is “dishonest content” if not Miller? Besides further fear-mongering over Russian interference in our election (no doubt a reality, but overstated and overemphasized at the expense of more important issues like universal healthcare and infrastructure projects), haranguing Mark Zuckerberg with a Sorkin-esque “Have you no shame, sir?” will never work. As I’ve written, Zuckerberg is way out of his depth and not interested or educated with regard to the Constitution or freedom of speech. He doesn’t care because he doesn’t have to.

Along the same lines, Barack Obama’s endorsement of Justin Trudeau after weeks of blackface controversy further confirms the 44th president’s ivory tower narcissism and firm place in the status quo. If Trudeau dressed up with Scheherazade once and had a clear anti-racist and anti-imperialist policy record, it’d be a different story. But this guy loves doing blackface. He simply loves costumes too much. Trudeau wore the right socks, made the right bows, sung the right songs, but he still authorized drilling on protected native lands.

His supposed social progressivism is entirely aesthetic and not substantive in any way: if your ground water is poisoned, who cares if your prime minister uses your correct pronouns? Material needs and actions overlooked in favor of gestures, rituals, and ceremonies. It’s an obvious point but because Trump violates all social norms at all times, he’ll never be invited onto Ellen DeGeneres’ show, and he’ll never host SNL again. Despite having plenty in common policy wise, I bet Trudeau will make an appearance on SNL within the year. People have got to work and Jagmeet Singh is about to take his place.

Harris and Trudeau’s politics of incrementalism are superficial gestures of solidarity with the oppressed. Trump’s Twitter account isn’t the problem (besides, it’ll provide plenty of evidence in his upcoming impeachment), and neither is Trudeau’s Arabian Nights cosplay. They’re symptomatic of a sputtering political ideology dying a long and gassy death. You’d think Hillary Clinton’s catastrophic failure in 2016 would’ve sufficiently scared suits out of buying into neoliberalism, or at least be smart enough to see that economic populism isn’t going away.

And next to that is honesty. Bernie Sanders is an honest politician. Andrew Yang is an honest politician. Donald Trump is an honest politician. I don’t think Yang started his campaign with the intent to win, so as with Sanders in 2016, he’ll be swallowed up in the primaries but I don’t think he’s going away. He speaks frankly about material needs just as Trump lets his id leak out every day. Perceived honesty and personal integrity—remember, we know none of these people—are major assets. That’s why I’m worried about Warren: despite performing well in debates and on the trail, she’s like nails on a chalkboard to too many people to ignore. An honest person will win in 2020. The former Republican lawyer with family ties to the private insurance industry who took advantage of affirmative action to get into Harvard by posing as a Native American… oh my, no. She’ll lose to Trump.