Capitalism and Communism, wrong together. 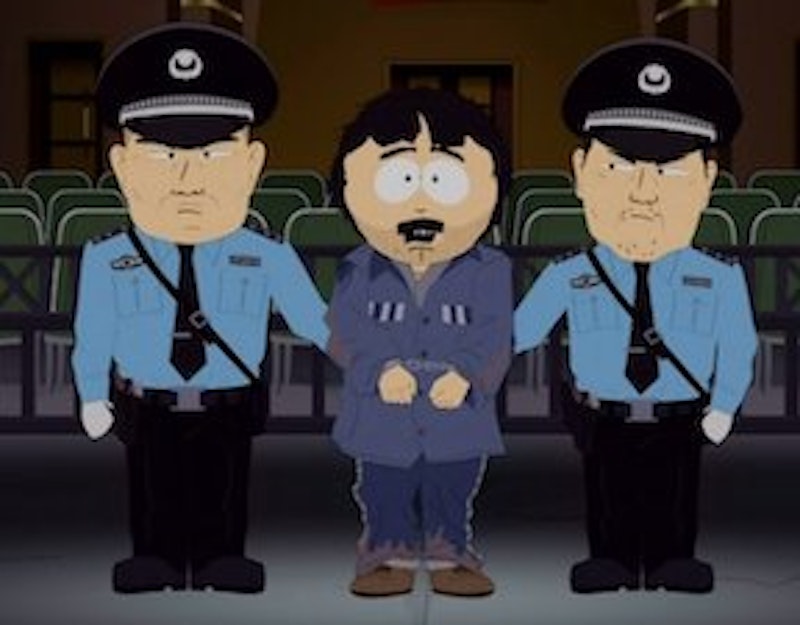 Further proving that cowardice is a natural attribute of capitalist corporations, not just communist governments—especially in this era of mealy-mouthed Human Resources department double-talk aimed at smoothing over all conflict, justice be damned—Blizzard, a division of Activision, bans a gamer from its game competitions, and even withholds money he’s already won and is owed, over his support for Hong Kong. Then, Blizzard issues a nauseatingly hypocritical explanatory statement via their spineless president J. Allen Brack, saying they banned the player because “One of our goals at Blizzard is to make sure that every player, regardless of political views, religious beliefs, race, gender, or any other consideration always feels safe and welcome both competing in and playing our games.”

Players who, understandably, wanted to boycott Blizzard to show support for Hong Kong now report being unable to unsubscribe, which Blizzard claims is due to a technical glitch they’re addressing.

On Twitter, Mark Kern similarly notes his firing by a company for refusing to take a $2 million kickback to authorize an investment from a Chinese company. ESPN forbids discussion of Chinese politics. Members of the Philadelphia 76ers audience were thrown out for (small) pro-Hong Kong signs during a game against a Chinese team. NBA players have been warned by their agents to avoid China talk in general. A CNN reporter was silenced for bringing up the topic at a Rockets event. And Apple TV shows won’t criticize China.

In short, night is falling, and you’d better be thinking about alternative, more decentralized media options damn fast. That’s no joke. It’s Apartheid-protest-level organizing time. Don’t be cowards. When companies are violating agreements here just to keep China happy over there, things have gone far, far wrong. I don’t recall people being this afraid to insult Russia lately. Don’t become like the Boston communist group that has already weighed in against South Park.

All this is a reminder that a philosophy like that I describe in the book Libertarianism for Beginners starts with skepticism about government but must never preclude recognition of the frequent amorality and bad behavior of corporations. You can call out that bad behavior without altering the core principle of property-adherence. Skepticism in all directions. Resist.

Still, Beijing knows its own ideological kind well enough to borrow Hillary Clinton’s “basket of deplorables” insult for the Hong Kong protestors, which is telling. (And that’s not the only way Clinton is undermining democracy lately, with her loose talk of defeating Trump “again” if she ran in 2020—language the establishment wouldn’t for one second call compatible with peaceful democratic transitions if it came from Trump.)

Establishment organ Washington Post unhelpfully weighs in at this perilous time with the opinion piece “The West May Be Wrong About China’s Social Credit System.” I suppose a paper owned by the guy running Amazon—soon storing all the government’s biometric data—would tend to say that.

Meanwhile, as if to hasten freedom’s doom, New Yorker writer Andrew Marantz writes an unironic op-ed in The New York Times on October 4 called “Free Speech Is Killing Us.” His new book Antisocial will make the same argument. What a surprise he’s yet another product of the censorious, Marxist-filled college from which I graduated, Brown University.

No one in the 21st century wants to be so straightforward as to destroy all liberty in one fell swoop, of course, so it’s more easily done piecemeal, as with California banning ham radio infrastructure. On the bright side, the Net has made some of the old Pump Up the Volume-era microbroadcasting radio revolution moot, but the principle of freedom and free speech should remain, and that means avoiding regulating to death that which you hesitate to censor outright. You know, in the Soviet Union, they’d often ban your art supplies instead of your art-per-se.

As a possible antidote to all this pessimism, I note the release of the book The Case Against Socialism by virtually the only morally acceptable U.S. senator, Rand Paul, and his wife. Not so long ago, I dared hope he might be the person to fuse rising populist sentiment, libertarian distrust of big government, and a Black Lives Matter-like regard for civil liberties—and now I just have to hope he doesn’t get shouted down and accused of trying to “mansplain” by the hostesses on The View for daring to call Venezuela’s Maduro a socialist.

But still there’s hope for civility: Paul gets along with and often collaborates with Oregon’s Democratic Sen. Ron Wyden (whose wife owns New York City’s Strand bookstore, currently struggling against this town’s landmark regulations, which limit that famed venue’s ability to make their cramped, century-old space more modern). Wyden recently tweeted about the cowardice of Blizzard, so there’s a basic pugnacious, pro-freedom impulse that stretches across the aisle and across the political spectrum. Here’s hoping it wins.

One strategic suggestion: break up China. Secession has its uses, after all. Here are a few of those uses: Tibet, Hong Kong, Taiwan obviously, the disgruntled western regions, Shenzhen, Shanghai, etc. Nothing terrifies the authoritarian cowards running the government in Beijing more than the thought of their precious national unity fraying, not even changes in economic doctrine.