Democrats should raise money from everyone. 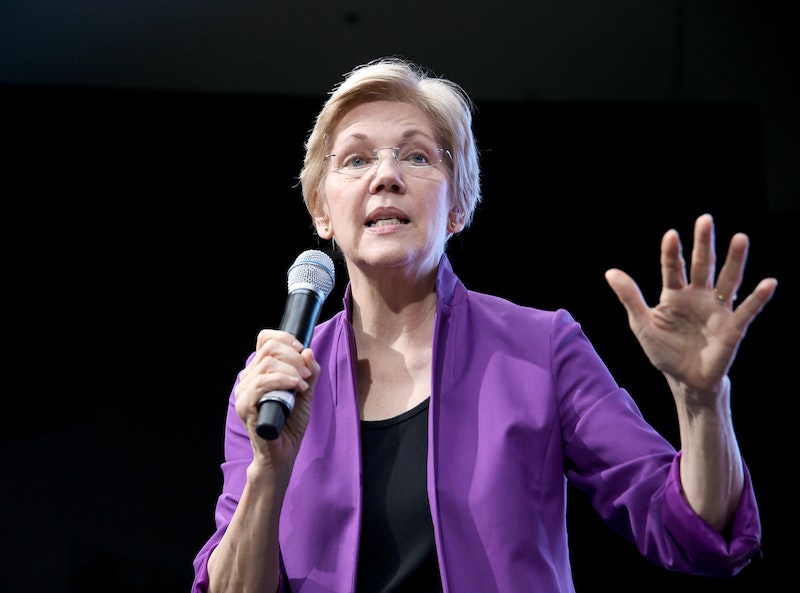 I’d like either Elizabeth Warren or Bernie Sanders to win the Democratic nomination and the presidency. But I think they're misguided when they promise to forego big money donations during the election.

Warren and Sanders have both pledged not to solicit large campaign donations from millionaires and billionaires during the primary. By so doing, they hope to demonstrate that they’re not beholden to the wealthy, and are instead running campaigns for working people. It's a noble goal, and it's undeniably true that the wealthy have too much power and influence on politics. Forgoing campaign donations isn't a good way to reduce that power, though. Ultimately, it may end up giving the wealthy even more ability to get their way on tax cuts, pollution, and regulations.

Warren and Sanders' policy seems like common sense; if rich people give money, then they must be buying control and influence over policy. But common sense is often wrong, and most evidence suggests that it is in this case. In a paper titled "Why Is There So Little Money in US Politics," Stephen Ansolabehere, John M. de Figueiredo and James M. Snyder, Jr. analyzed political contributions and found they had almost no effect on politician's actions. "Legislators' votes depend almost entirely on their own beliefs and the preferences of their voters and their party. Contributions explain a minuscule fraction of the variation in voting behavior in the U.S. Congress," they wrote.

That's why political contributions are so tiny relative to the money that politicians control. The Republican tax cuts alone were worth $2 trillion to the richest one percent. Logically, with $2 trillion at stake, the wealthy should’ve been willing to spend hundreds of billions of dollars to elect Republicans and ensure their winnings—especially in such a close race, which Trump lost the popular vote but won the Electoral College. But instead, the total donations to Trump and Clinton together were only about $2.4 billion. That looks like a spectacularly large amount of money, but it's minuscule compared to the benefits at stake.

The wealthy don't need to spend vast portions of their wealth on campaign contributions because they have other more effective levers of control—like promises to create jobs, access to and control of large media platforms, and a patina of expertise. Rupert Murdoch doesn't need to contribute to candidates when he can make or break their careers via Fox; Charles Koch doesn't need to pay directly for policy when he can fund think tanks. Wall Street didn't get Obama to bail them out by donating to him; they got him to bail them out because financial experts all align with Wall Street, and when there's a financial crisis, presidents tend to turn to financial experts.

Even if campaign donations aren't really how the wealthy gain influence, you could argue that it's worth refusing big dollar donations as a symbolic gesture. Big donor fundraisers look ugly, and make people feel like they don't count. Why not just cut them out?

As an exercise in branding, this has worked well for both Warren and Sanders, whose refusal to take big money has gotten a lot of press, and helped them take the lead in fundraising. Both crushed Joe Biden in third quarter cash raised.

The problem is that this strategy works much less well for down ballot candidates who don't have an enormous platform to rally small donors. Not every candidate has a national profile. If Democrats establish a norm that no candidate should accept money from big money donors, it could make it difficult for senators, members of Congress, governors, or people in state races to raise money. Either these races will be underfunded, or Democrats will tilt even more towards trying to run billionaires like current Chicago governor J.B. Pritzker, who don't need big donors because they're big donors themselves. Most rich people support Republican policies, which tilts the playing field against Democrats. Refusing to take money from rich people who are willing to support a progressive agenda just makes that tilt worse.

There’s much Democrats could do rather than voluntarily and unilaterally disarming to try to reduce the influence of the wealthy in politics. Publicly financing campaigns would be an important change. Even better would be substantially increasing taxes on the wealthy and passing regulations to empower workers and labor, so that the rich simply don't have as much influence in every aspect of public life.

The problem is that to enact these measures, you need to win elections at every level of government: presidential, congressional, state, local. And if your campaigns are underfunded, your ability to win elections diminishes. Already, Warren’s been lambasted for her willingness to do big donor events for the DNC and down ballot races. Yet these events are vital to fund electoral victories if we want to create a society in which the rich have less overwhelming power.

George Bernard Shaw once observed that there’s no way to avoid taking money from the rich, because the rich have all the money. Warren, Sanders, and Democrats are slowly laying out a vision in which that would be less true. But demanding purity in the current system before you change that system is mostly a way to make sure you never get a chance to live in a better world.