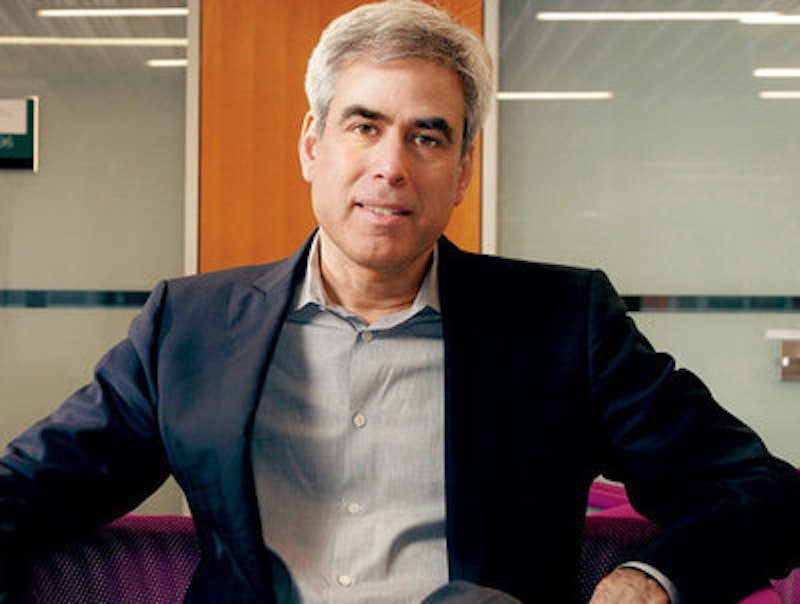 Andrew Sullivan has decided the president is crazy. Shouldn’t that be good enough for anyone? Sullivan’s piece is for New York magazine. Motto: We were hysterical long, long before hysterical was cool. Helpfully included within Sullivan’s piece, for illustrative purposes only, is a photo of Kellyanne Conway, positioned so background tree branches seem to grow out of her head, like… horns.

Other leading mental health experts chimed in, including Howard Stern. But the is-he-wacko debate is so inaugural weekend, so Maureen or Mika or Maddow. Some of us are searching for better and smarter, among the seemingly limited number of critics, pundits and public intellectuals who seek depth and clarity re Trump, and of the current culture conflicts, outside of what the majority offers. Which too often is just more mania. Three writers are working hard presently, unlike many of their fragile, twitchy colleagues in journalism and academia, to push beyond the lazy or tribal or partisan or panicked.

Likely none of these three voted for Trump, a cursory reading leads one to guess. But just by force of their insights and how they work they stand strongly against the fragility and freaking out of many of their colleagues since Election Day. These three at times seem to actually counsel or even root for the left, to just get its shit together. Which makes it all the more remarkable that they have so many conservative fans.

Michael Wolff (@MichaelWolffNYC) is the media critic for the moment because he has covered all manner of powerful figures in and out of media, their breakdowns, their firings, stock price craterings, affairs, successes and indictments. Wolff gets how power and bombast and ego and more ego are to be reported and explicated. And how the rise of digital media has failed to mean more good journalism. The fact that Wolff actually frightens many he covers makes for great reading. So watching Wolff react against the prevailing Trump panic mode across the media is more than entertaining. It is gratifying. Nobody gets this like Wolff gets this.

“I guess, in a general fashion, I just find more and more that the media consensus is always wrong,” Wolff told the New York Times Magazine. “Whatever they say is going to happen, whatever the consensus is about what should happen, is wrong.”

When Wolff writes about how the media is losing it over Trump, he does so with an authority that conveys an exasperated disappointment, that so much obvious idiocy is spread across so many. Axios, the new media outfit run by former Politico founders, drew attention for its piece headlined The media IS the opposition party. But Axios is late. Thundered Wolff the day after the election: “The media has turned itself into the opposition… The transmutation of political identities has arguably devolved into two parties: the Trump one, the angry retro people, and the Media Party, representing the smug modern people, each anathema to and uncomprehending of the other.”

This was illustrated during Wolff’s appearance on Brian Stelter’s CNN Sunday media show. Wolff pleaded with Stelter to stop it already with the weekly, over-urgent, turned-to-the-camera homilies about how it is time all of us in the media, well, Join Together in Our Hour of Need. “I mean this with truly no disrespect, but I think you can border on being sort of quite a ridiculous figure,” Wolff calmly advised Stelter. “It’s not a good look to repeatedly and self-righteously defend your own self-interest. The media should not be the story. Every week in this religious sense you make it the story. We are not the story.”

Wolff took heat simply for visiting and interviewing the President-elect in Trump Tower. The Twitter exchange that followed is a good example of perhaps a generational war about news and truth and what happens when there seem to be so few grown-ups left writing about the media with any influence or courage. Find Wolff’s writing at USA Today, Hollywood Reporter, Newsweek, and British GQ. On Twitter, Wolff engages too often with lesser minds, who seem to find it easy to make him mad.

Among the focuses of the precise work of Cathy Young (@CathyYoung63) is the mind-altering world of contemporary feminism, the key ideological door through which all pretenders to progressive status in Hollywood, academia, and the media must stumble. Young, alongside fellow feminism chroniclers Ashe Schow and Christina Hoff Sommers, simply asks: How does any claim fit with facts, or data, or due process, or reason? The appeals to evidence from this group of writers and of a scattered few others seem to be out of fashion, whether the issue is equal pay, or rape on campus, or speech bullying.

Young’s thorough reporting for the Daily Beast on the Columbia University rape case drew wide attention and for some it was the first time they’d read her work. Young’s writing on this, before and subsequently, drew some windy objections, none of which offered any serious counter-argument to her thesis, which convincingly pointed to injustice for the accused. Young was born in Moscow, and came to the United States as a teenager. This informs her writing not just on Putin and Trump (she’s horrified by both, though that equating formulation is mine, not hers) but also on her adopted country’s ”social justice” movement. Young’s very good at connecting one Stalinist outlook to another.

In a piece headlined “The Totalitarian Mindset of the Social Justice Warriors,” Young correctly points out that while that movement claims legitimizing of same-sex marriage as one of its accomplishments, for example, legalization was in fact achieved through decades of pragmatic hard work, far apart from the universe of safe spaces and free speech deniers. “Most Americans support gender equality, believe transgender people should be able to live as they wish, and reject anti-Muslim hate,” she writes. “But social justice warriors have turned these causes into malignant self-parody.”

But she can see the end: “Conservatives have long railed against ‘political correctness’; but now, even some progressives are saying that activism based on identity politics, self-righteousness and intolerance toward dissent and error is a dead end.”

The third voice paving a path of sanity through The Great Media Panic of 2017 is not a journalist. The work of Jonathan Haidt (@jonhaidt), a psychologist at New York University’s Stern School of Business, including his books, essays, and videos of his presentations and speeches, have placed him in at the front of what is a short line: Those who actually believe that unity in this country is possible. Or at least we can all benefit from better behavior when we discuss or practice politics. His Ted Talks have been viewed more than five million times.

His work focuses less on the value of nice than on understanding motivations. The other side, it turns out, may not be evil, after all. Or reckless. Or stupid. Haidt’s work focuses on the historical and tribal influences that lead people to fall into such easy but often destructive conclusions about those who vote for the other side.

A site Haidt is involved in called Heterodox Academy assembles like-minded thinkers, aimed at fortifying what they call viewpoint diversity and “the conditions that encourage free inquiry.” Good luck with that right now. But Haidt is thorough and determined and his arguments flow with a logic aimed at right, left, and otherwise.

His 2015 piece in The Atlantic, “The Coddling of the American Mind,” written with Greg Lukianoff, described the current phenomenon of  “vindictive protectiveness.” Which the authors determined to be “creating a culture in which everyone must think twice before speaking up, lest they face charges of insensitivity, aggression, or worse.” Haidt’s best site to follow his mainstream media writing and his speaking is probably this one.

Because Haidt critiques all sides, his work is often cited by those who cherry-pick his arguments. Thomas Edsall in The New York Times used Haidt quotes in a piece slamming Trump. The Daily Caller detailed Haidt formulations in a piece describing how Democrats are so good lately at losing elections.

These days, even the unifier can be a divider.