Sater, Cohen, and the Collapsing House of Cards 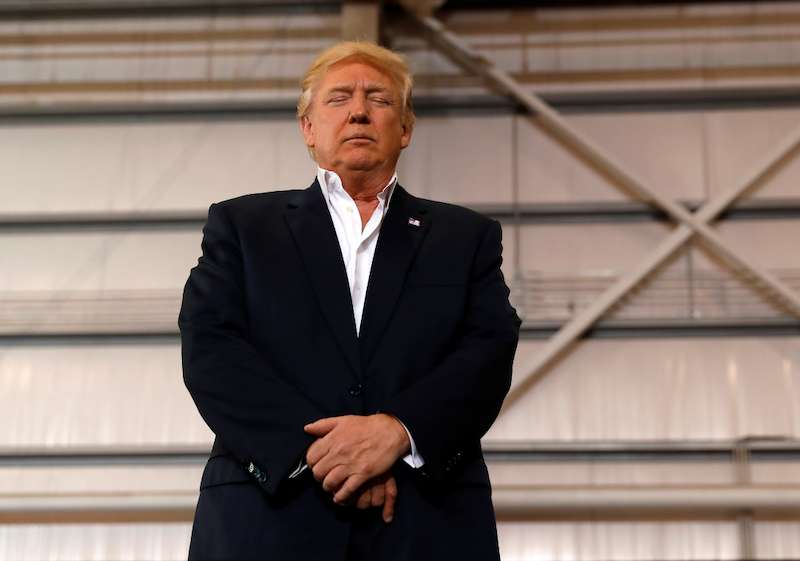 There are three immutable laws in DC politics: things can always get worse; when things are in the process of getting worse, they do not get better overnight; and the truth will always come out. It might not come out right away. We might have to wait a few months or years or until the interested parties have all died in freak middle-of-the-day muggings or plea-bargained themselves into alternate dimensions. But eventually the excrement hits the air conditioning. It has to happen. The names, faces, and assorted nouns to which the suffix -gate is applied might change, but the physics of Washington never does.

There's always some sort of delay as truth burns through the spin. In the case of “Russiagate,” we're right in the middle of the said waiting period. Some things we know. Some things we wish we didn't know. And our most reasonable educated guesses promise to be the most explosive. The Felix Sater-Michael Cohen-Trump backchannel to the Russian mob looks dirtier by the day. And it's giving a lot of us bad dreams.

Yesterday, TPM's Josh Marshall, in “A Big Shoe Just Dropped,” wrote that “Cohen—who is very close to Trump and known for dealing with delicate matters—is in contact with Sater and hand delivering political and policy plans from him to the President.” This is bad on its face, but it gets exponentially worse when we learned today (also from Marshall) that not only is Sater an associate of the Genovese and Colombo crime families, but he also worked as an informant for US intelligence “purchasing stinger missiles and other weapons on the then wild and free-wheeling Russian black market.” Oh yes, my child, things can always get worse.

How did we get from Flynn's indiscretions to the plot of a Robert Ludlum novel? And when it comes to what the President knew, when he knew it, and how he decided to reflect that knowledge to the American people, we can rest assured that the second law is about to kick in: it's not going to get better overnight. This might, in fact, be what makes America great again—Trump making good on his central campaign promise by generating such a cathartic scandal that he and his entire cabinet go the way of the Harding and Nixon administrations. Crime at the highest level of government has been exposed before in the United States and it looks like we're ready as a nation for it to be exposed again, even if Trump manages to dodge the impeachment bullet.

While we're asking these questions, there's no doubt that Sater and Cohen are lawyering up. They should be. Yesterday, The Washington Post ran a piece on the connection between the two of them, Michael Flynn, Trump, Paul Manafort (Trump's former campaign manager), and Andrii Artemenko, a Ukrainian official who did some business with Trump in the past. Worse: it appears that Artemenko is trying to blackmail the current Ukrainian president, Petro Poroshenko, out of office with the blessing of the Kremlin.

As The New York Times' Megan Twohey and Scott Shane recently put it in “A Back-Channel Plan for Ukraine and Russia, Courtesy of Trump Associates,” “Ukrainian voters would decide in a referendum whether Crimea, the Ukrainian territory seized by Russia in 2014, would be leased to Russia for a term of 50 or 100 years.... Mr. Artemenko’s project also includes the dissemination of 'kompromat,' or compromising material, purportedly showing that Mr. Poroshenko and his closest associates are corrupt.”

Michael Cohen no doubt agrees that things are not going to improve, at least for him, overnight. He's started to lie vigorously about everything connected to this. According to TPM, although Cohen originally told the Times that he, in an act of amateur diplomacy, brought Artemenko’s “peace plan” documents to directly to the White House. Then he changed his story in response to the Post, claiming that he “received the proposal and took it with him from the hotel meeting out of politeness but never relayed its contents to anyone in the administration.”

Sure, Michael. This is where we get to law number three: the truth will come out.