How the U.K. Left Lost the Working Class 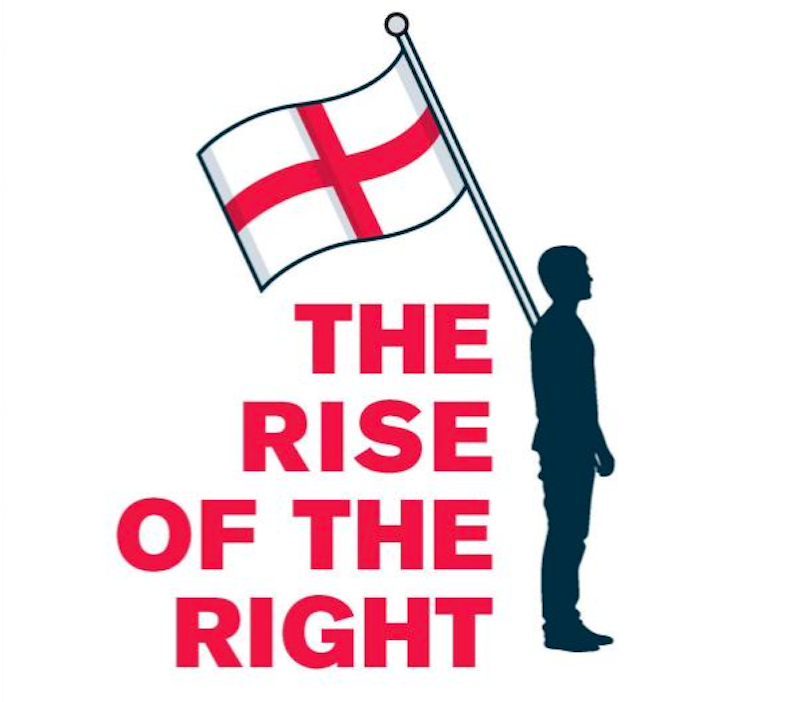 Steve Hall is Professor of Criminology at Teesside University, in Middlesbrough, England. He’s co-author of The Rise Of The Right, a book released in January that examines the rise of nationalism in U.K. working-class politics. Hall’s researched de-industrialized regions in the U.K. for over 20 years. Via email, he discussed his new book, as well as a number of political issues that the U.K. shares with the U.S.

Splice Today: Economic neoliberalism is a major focus of your book, so let's start there. What's neoliberalism?

Steve Hall: Neoliberalism can best be described as global market fundamentalism. A model of political economy that seeks to commodify all forms of human interaction and privatise all sectors of the economy.

ST: How does neoliberalism differ from classical economic liberalism?

SH: Neoliberalism’s advocates are willing to move beyond the limitations traditionally associated with the classical night-watchman state to intervene firmly in the economy during times of crisis.

ST: What do you mean by the night-watchman state?

SH: The minimalist state, proposed by 18th-century classical liberals, the functions of which should be limited to the maintenance of law and order and never extended to social or economic management.

ST: How did neoliberalism take root?

SH: The neoliberal model, after first tested in Chile in the 1970s, was introduced into the U.K. in 1979 by Margaret Thatcher’s Conservative government and the U.S. in 1980 by Ronald Reagan’s Republican government.

ST: How has neoliberalism re-shaped those economies?

SH: Global investors grew rich but many manufacturing areas in the U.S. and U.K. sank into permanent decline. After decades of rising wages and increasing security, many Western workers experienced unemployment, underemployment, and low wages, leading to a loss of status, security, and hope for their children’s future.

ST: Isn't the political left supposed to be fighting this? How did it fail?

SH: The left was also co-opted into the neoliberal project and became increasingly ineffective in the sphere of political economy. By the 1990s, the politics of the increasingly neoliberalized left had become limited to the promotion of civil rights for various identity groups.

ST: Sounds like the Democrats here in the U.S. How has the working class responded to left’s new priorities?

SH: Many workers, particularly those experiencing increasingly insecure lives in derelict former manufacturing regions and declining agricultural regions, began to see this new reformed left as a traitor and an enemy.

ST: So this sense of betrayal is a big factor behind Brexit and Trump?

SH: Yes, and also in the rise of the nationalist protest group known as the English Defence League, and the Eurosceptic right-wing populist political party, UKIP.

ST: Why did neoliberalism catch on more in the U.K. and U.S. than in Europe?

SH: Communism and socialism are accepted far more readily across collectivist-leaning Europe than in the U.S. and U.K.

SH: They've fallen from a great height. Like the American blue-collar workers once did, they regarded themselves as the aristocrats of labor, highly-skilled, well-paid and culturally valued, especially during era of post-war reconstruction.

ST: So they've lost their swagger?

ST: The straight white working class male isn't cool now. More an object of derision. Why has the left abandoned the working class in both U.K. and U.S. to focus on identity politics and social justice issues?

SH: The U.S. and U.K. like to see themselves as the most progressive liberal cultures in the world, constantly transforming and moving forward. The working class, often labeled as traditional and regressive, don’t fit that image.

ST: They're a reminder of the past now. Outdated. Does it make sense for the working class to turn to UKIP’s nationalism?

SH: The remarkable thing is that UKIP offers the working class no positive political or economic programs. Not even Trump’s empty promise of the return of jobs.

ST: So what's the attraction?

SH: They acknowledged the working class’s existence, and their main problems of economic insecurity and decaying communities.

ST: Amazing that this is all it takes. A simple acknowledgement of existence.

SH: UKIP also affirmed the working class’s indifference towards the EU, which had done little to revive these communities. They've also publically dismissed the political correctness that the liberal middle class uses to censor the working class.

ST: Yes, all the unsupported accusations racism and bigotry. How about the immigration issue?

SH: UKIP echoes the working class fear that immigrants are taking their jobs and undercutting their wages.

ST: Your working class doesn’t seem fond of Islam either.

SH: They fear Islam as an invasive and threatening alien culture, refusing to integrate into their own and looking to take over.

ST: There seem to be some areas of legitimate concern, but have they made Islam the scapegoat?

SH: The Islam issue has allowed UKIP to deflect the blame from global neoliberalism, the true source of the working class’s problems. This is the principal service UKIP offers to the establishment.

ST: They're also an antidote to the metropolitan liberal middle class, correct?

SH: Yes, the working class sees that group as traitors to their cause. The “anti-fascist” left hurls abuse at them in the street, and the liberal press hasn’t stopped calling them racists, misogynists, homophobes and knuckle-dragging Neanderthals for three decades. Some of the commentary after Brexit was positively eugenicist—calling for the white working class to be bred out, for example.

ST: Liberals can be vicious and scary. As you note in your book, the left is now focused more on immigrants and people with different sexual proclivities than on the working class. How can the left win them back, or is it too late?

SH: The left can win back the working class only if it reinstates the economy as its primary focus. It must promise to halt the global race to the bottom and offer feasible policies designed to increase steady jobs, redistribute income, repair infrastructure, build affordable housing, maintain public services and present a vision of a future built on economic stability and security. To do this it must put cultural issues on the backburner and stop scolding and humiliating working people.