My Dream About Donald Trump

Waking up and wondering about your self-respect. 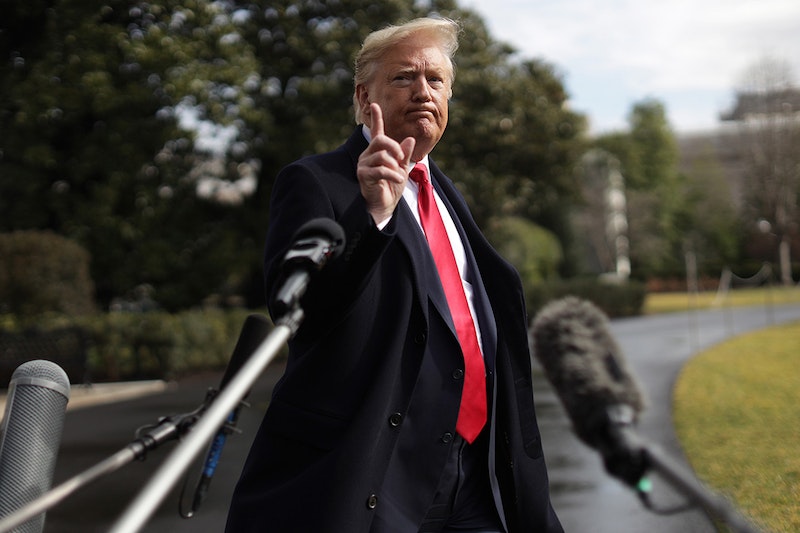 This morning my medication didn’t act correctly. I had one of those jittery dreams that I get at such times, and woke from it alarmed. I thought about the weight I’d brought down on myself, because during the dream I’d done something heavy and possibly wrong. The only out I could see was that, after all, it had been a dream and there was nothing to visit me in the real world. Further, I hadn’t done anything wrong, since I’d been asleep and therefore doing nothing. Now that the real world had shown up again, there was no Donald Trump and no close enclosed booth and no sliver of a gray microphone into which I spoke, if the dream had even included a microphone. And no voice at the other end; the reporter I’d been talking to was gone.

Talking to the reporter, with Trump at my elbow, I’d posed as him while she interviewed me. It was easy—anyone can do a Trump, and I pride myself on quick invention. The reporter sounded like a young woman, serious and with dark hair. I neared the end of the interview and lobbed a phrase. It wasn’t a prize-winner, but it was recognizably Trump. “That’s right,” Trump said, chiming in.

I was about to say “Sure” or “Yeah” in reply, but I caught myself. Possibly I made a glottal stop. I resumed and told the reporter something was going to be fantastic and it’s also going to be terrific, and I don’t put those two together all the time, but when they belong there, okay, dear, okay, bye. And I also told of the hair-raising ride I’d just been through with… I remembered to say Mr. Trump and not Donald… and how this hair-raising ride explained the glitch we’d just heard; the glitch was caused by the excitement from the ride. You may object that pointing to an experience I’d shared with Mr. Trump would be a de facto confession that he and I were two different people and that he wasn’t the person speaking to the reporter. You’re right. But I suppose the dream wanted a chance to accelerate, and so it did in recreating a snatch of the hair-raising ride: Trump and me, profiles locked and pointing ahead of us; a bumper car in a gray rough-hewn tunnel, accelerating and racing out of control; our hair streaming back from our heads, and all this while a siren rose in my heart. It’s the kind of situation you get with these medication dreams.

But the call was over and Trump was happy. I figured why shouldn’t he be, I’d done a good job. I’d even covered when he blurted out. But had I covered? I was assuming that the reporter wouldn’t factor in that extra little Trump voice (“That’s right!”) because the main Trump voice was talking at her and there couldn’t be two. But who knows? I don’t know how people notice things. What gets counted as something you notice? Maybe she heard what was there and I’d been found out.

I faced scandal. I wasn’t safe. Trump was no help; by that point he wasn’t a factor. In the back part of the dream, the givens that I don’t really remember, I’d been spending the day with him, and typically I’d wanted to be on the person’s good side. I don’t know if his being Trump factored in that much. Just being around a large man with his own views, that’s enough to make me think about staying out of trouble and getting through the day. So, when the reporter called, I took the microphone or the cell phone as Trump handed it to me. Then, when he was dumb enough to chime in, I almost (I think almost) chimed back out of reflex. Then I lay and shriveled while I thought of what the other person, the third person, might’ve noticed and what everyone would think of me, and Trump didn’t matter at all. He couldn’t protect me. I was exposed. My eyes flew open, and lying among my yoga bolsters I pieced together who I am.