Even if the pundits are like pigs in slop. 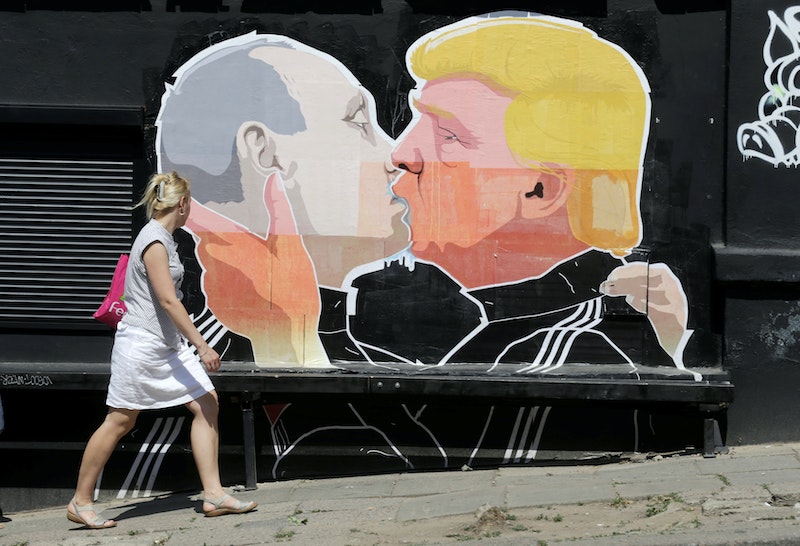 The onset of political apocalypse is as much an addiction as anything else, which may explain my recent compulsion for presidential-campaign centric podcasts, wherein interchangeable, well-heeled klatches struggle to understand whatever the fuck is about to go down in early November. Week after week, reporters, editors, columnists, campaign veterans, foundation flunkies, and associated flacks break down polls and gaffes with a giddy exasperation. Nothing is resolved and even less is certain, yet these commentators clearly revel in a certain self-satisfaction justifying their slots in the fourth estate firmament, and daaamn, what a rush. In those buttered exchanges of pleasantries that close out each exchange, some variation on the following materializes: “I had a good time” or “this was a lot of fun.”

I don’t doubt the sincerity of these statements; shooting the breeze in a Washington, D.C. studio without a camera, paid handsomely for blithe prognostications destined to be forgotten within a few hours sure beats working. But none of these political professionals seem fully aware that for many in the audience, the ins and outs and ups and downs and paradigm-crumbling miracles of this endless election are neither fun nor a rush.

Millions of disenfranchised voters aren’t having fun. Communities where drugs and crime have replaced outsourced decent jobs or where gentrification has blown up rents? They’re not having too much fun. Minorities, women, and LBGT folks aren’t having fun. Refugees and immigrants desperate to start their lives over in a new country aren’t whooping it up. Protestors and activists whose core causes are blotted out by bulldozing, cult-of-personality bullshit aren’t having any fun. This election was never a joke, a lark, or a handwave; politics is always life and death for someone, and that’s never been more true than it is this year. None of this is really, truly fun.