Cut the bullshit and stabilize. 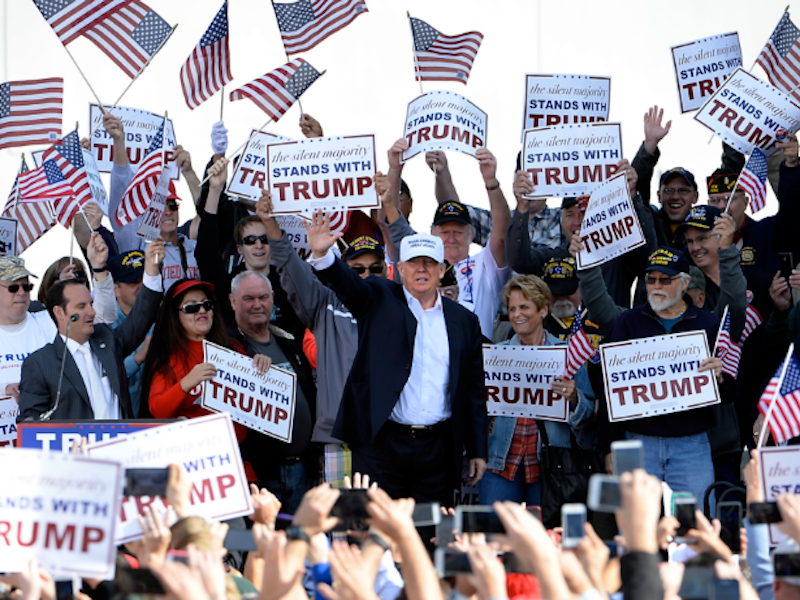 My colleague Nicky Smith believes that Donald Trump will do better than the polls indicate, a scary thought since (I’m filling in this bit) a plausible number of polls have Trump ahead in Florida and Ohio, and nationally the averages have him just a little behind. A week ago at least one average gave him the whisper of a lead. Since Trump is mentally unstable, a conman, an admirer of dictators, and a hero of bigots, results like that indicate a country in a bad frame of mind. “Trump is Russian roulette for a sick nation with a wounded psyche that’s deranged to the point of suicide,” Smith says.

One can’t really disagree, but these things are a Rorschach test. Given that America has got itself into an unholy mess, the resulting splotch can look different ways to different people. Yes, a country that has put a gun to its own head—for example, by making Trump a real contender for president—is a country that’s playing with its life. But consider that Barack Obama had 54 percent approval in Gallup this weekend. At Real Clear Politics, the average has his approval rating a hair above 50 percent, and his disapproval rating a hair below 47 percent. Half the country looks on our past eight years and sees reason to live.

“2016 America is characterized by three things: confusion, fear, and hate,” Smith says. True, but proportions count, and I’d say we’re heavier on confusion than anything else. The violent crazies are plentiful, so guns are going off. But the flakes are more plentiful, and I think they set the tone. For years now, even without Trump and racial shootings, America has voted for Republican lawmakers and a Democratic president. That’s flaky. The government doesn’t work when people do that. In the old days, sometimes it did and sometimes it didn’t. Not now, and that fact has dominated the Obama era. Today’s GOP in Congress sees itself as a monkey wrench to be stuck in the federal gears. The boys are there to make sure that everything goes shitty. For voters to put them there seems distracted. One might argue that Americans prefer a government that does less, not more. But there’s a difference between doing less and being broken. If somebody’s against air-conditioning, that person might usher you proudly to the broken air-conditioner they keep in their window and tell you how they make sure it’s always on but never running correctly. That person would be a flake.

Which brings us back to America 2016. I see a nation so frazzled and disjointed in its collective thinking that it has a case of staggers. During this spell it has been waving a gun about, and that gun (yes, I mean Trump) is a salient fact. But America doesn’t want to die. The gun will flounder away from America’s temple. Trump, who’s a candidate with minimal ground game and a belated ad campaign, will find people turn out for him in smaller numbers than the polls indicate. His movement will finish up as the most intense and possibly disruptive fad the country has ever seen. A nation that cultivates fadness to this extent is in a bad way, but possibly not suicidal.

A month ago I thought the country was going to vote for the Democrats to be in charge and really run government—a highly necessary turning point, in my view, if America is to avoid an accidental broken neck in the near- to mid-future. Now I look at the polls and my stomach turns sick and green. But at times Hillary Clinton’s average has gone above 45 percent, and it hasn’t gone too far below that. Trump’s average hasn’t gone above 45 percent and has gone well below that. Clinton will scrape by, and the Republicans will still have enough seats to jam up Congress. America is going to flake its way into yet another split decision. Trump won’t be in charge, but nobody else will. America, you’re killing me.