The Wrong Lessons of Past Crises

The playbook of 9/11 and the financial crisis was ill-suited to a virus. 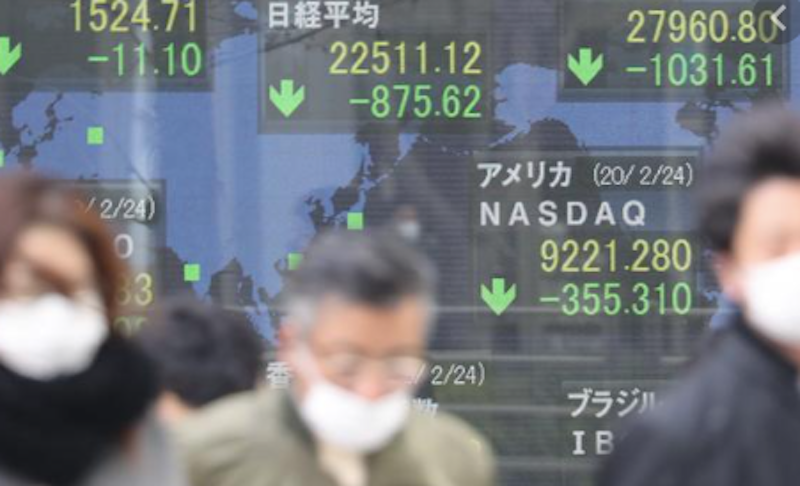 The coronavirus crisis has shown that some of the lessons Americans took from previous crises were less broadly applicable than we thought. After 9/11, policymakers and pundits exhorted the public to spend money, go about our business, show we weren’t afraid, lest the terrorists win. I flew with my mother to Las Vegas on a previously planned trip that month and from there sent a postcard to an ex-girlfriend bragging that I was “stimulating the economy.” Well, I was.

Similarly, in the 2008 financial crisis, much emphasis was on staying calm, continuing as normal, avoiding the panicky selloffs and withdrawals that could bring the financial system down, along with the economy. There was some merit to keeping a stiff upper lip then, just as there had been after 9/11. In both cases, fear was a central part of the problem. Terrorists meant to terrorize. Financial markets needed optimism, or at least insouciance. As one economist told a financial industry conference I reported on as the 2008 crisis escalated: “Never bet on the end of the world, since it can only happen once, and then you can’t collect.”

In the current crisis, nonchalance is a vice, not a virtue. A degree of calm can be beneficial, if it prevents a trip to the emergency room that’s unnecessary or counterproductive; or the acquisition of a scarce mask by someone who doesn’t need one; or the hoarding of toilet paper as if the viral illness were gastrointestinal, not respiratory. But the complacency with which much of American society greeted the early spread of the coronavirus COVID-19, led by the President, his party and his favorite cable news channel, has ensured that the crisis will become a catastrophe.

In an interesting post at Commentary, John Podhoretz suggested than an emphasis on the manliness of not panicking was what had led so many Republicans to dismiss the virus. He expressed regret that the manliness did not take the form of a determination to prepare for an emerging threat.

Less than a week ago, I wrote that I was not an optimist about COVID-19; as I practiced social distancing by hiking on mostly empty Campgaw Mountain, I contemplated that 9/11 and its aftermath was a reasonable benchmark for the incipient crisis, and that it might become worse. It would now be something of a miracle if COVID-19’s consequences end up in the vicinity of that benchmark.

In a much-noted and profoundly stupid post at The New Criterion, Heather MacDonald downplayed COVID-19 by comparing it to traffic deaths and other risks. This reminded me of efforts after 9/11 to minimize the importance of terrorism by comparing its death toll to that of accidents involving furniture or the like. But the difference was that the risk from furniture was stable, while that from terrorism could increase dramatically depending on world events. For one thing, the terrorists, unlike furniture, were plotting ways to increase their death toll.

In that regard, COVID-19 is again different, as it doesn’t plot anything; it has no psychological component, no capacity to be impressed or deterred by our resolve. For now, it can be slowed only by giving it less opportunity to jump from body to body; in due course, one hopes, it’ll be stopped by vaccines or antiviral treatments. I’m still an optimist about many things, including that our nation will take some of the right lessons from this unfolding disaster. Those lessons include: emphasize science and technology capacity; don’t assume being a tough guy is the answer to all problems; and don’t trust con artists and charlatans.