Its Name is Called Disturbance 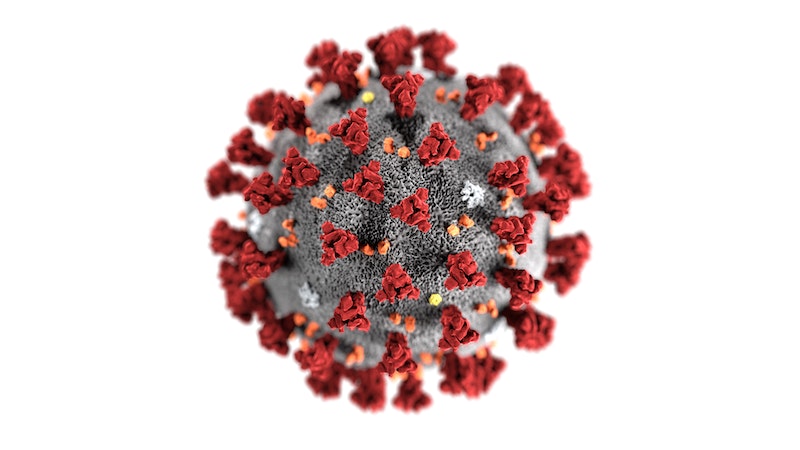 Last Friday, March 13th—now 2000 light years from home—I had the pleasure of seeing two longtime friends, whom I met in the 1970s, at a popular coffee shop/café in Baltimore’s Hampden neighborhood. (This was at the dawn of social distancing.) I arrived first, and upon seeing one of my buddies, did a double-take after the elbow bump: he had what appeared to be white foam around his mouth. Gingerly, I asked, “You don’t have…” and he quickly responded in the negative, that his appearance and the extreme discomfort it caused was the result of a different medical matter, once that was cleared up, but then explained he had a severe allergic reaction to the antibiotic administered. He’d been to a number of doctors to alleviate the subsequent problem, and was getting dribs and drabs of information from various specialists (admittedly, not the best time to see physicians for non-life threatening issues). He was on a soft-food diet and caffeine wasn’t allowed. What a kick in the ass at this juncture.

But… as he’s 64, like me, he hadn’t fell to The Big One. The trio was soon completed when our 67-year-old friend arrived; his young boys were home from school (he usually works at the house), but his wife graciously subbed for him as this was a gathering planned a month in advance. In any case, since this was pre-lockdowns/official acknowledgement of a pandemic, we chatted for an hour or so outside the medium-crowded café—the staff was amiable and efficient, wiping down tables every 20 minutes with disinfectant, even as you saw the psychedelic, sunset orange/blue in their eyes—mostly about family and mutual friends, expressing severe disappointment at the postponement of MLB’s Opening Day, and then went our separate ways, if not merrily, at least not besieged by imminent doom.

That all changed, hour-by-hour, over the weekend, as almost everyone knows, a point driven home on Sunday, when my wife, one of our sons and I were the only patrons at a screening of the so-so Steve Coogan vehicle (who gave a typically winning performance) Greed at downtown’s Harbor East Landmark theater. We see a lot of films at a bunch of good theaters in Baltimore City, but that’s on hold now, understandably. Melissa and I were clubbed over the head by our boys, who responsibly warned, and warned, us of the dangers posed to older people (and everyone else) during this scourge. It was a role reversal from when they were pre-teens and we had to teach them about the dangers of New York City streets, weirdo strangers/pervs, unleashed dogs, and the rats big as cats sniffing around restaurant dumpsters. Like most non-essential workers in Maryland, I’m now in self-imposed lockdown at home.

I was up early Monday morning, before the newspapers arrived, but then on my second walk outside the house the sun was rising and it was gorgeous, so incongruous with the novel coronavirus that’s threatening everyone. I imagined, with no factual basis (that’s why it’s imagination), that the pandemic seemed like the fallout after a very limited nuclear war, when people dropped dead one by one, food and household items were scarce, and, since this is the first real crisis in the social media age, all sorts of information posted that’d make you go crazy trying to sift the helpful from the propaganda, or worse, willful disinformation. It’s like trying to be an online physician and seeking out symptoms of an ailment—which only exacerbates the fears; a hangnail turns into skin cancer—but 100 times worse.

Unless you want to take up residence at the funny farm, it makes no sense to spend all day wondering/speculating/ranting about COVID-19, even if it’s a black cloud in otherwise sunny skies. I collected $20 from my Splice Today colleague and longtime friend Crispin Sartwell the other day—he asked for my Venmo; I told him to send cash—on a bet we made about Trump’s impeachment. Recreational wagers require fair play, so I asked Crispin if he’d take up this bet of mine: Joe Biden won’t be the Democratic nominee come this summer (when, one hopes we can banter about baseball again). Maybe he’s gun-shy, but I’ll snag the similarly self-quarantined professor who lives in rural Pennsylvania.

My reasoning is this: the pandemic has not only severely damaged Trump’s odds for reelection, but it’s thrown a wrench into the locomotive that’s carrying Loony Joe to the Milwaukee stage in July to make a rambling acceptance speech. It’s shameful that Illinois, Arizona, and Florida held primaries on March 17—Maryland’s Gov. Larry Hogan postponed this state’s voting until June—but the results, although clear Biden victories, are tainted. Other primaries are up in the air, which is why it makes no sense for Bernie Sanders—despite all the prodding from The Permanent Government—to suspend his campaign and give in to Biden.

Biden has plenty of time to go off script, get lost in stories from 1949, flub facts and make the party apparatchiks lose sleep at night. Is it far-fetched to think that Biden and Sanders, neither with the required number of delegates for the nomination, are shunted aside for a “unity” candidate? Right now, I’m thinking the eventual standard-bearer could be popular Ohio Sen. Sherrod Brown (who declined to run this year; a baggage problem?), CIA-favored Pete Buttigieg or Sen. Amy Klobuchar. Even if Sanders does bow to the DNC’s wishes and essentially drop out, I think the convention’s results are up in the air. Unless there’s a fairly quick resolution to the crisis—unlikely—and all chicanery aside, that’s an easy trade-off.