No Panacea for a Pandemic 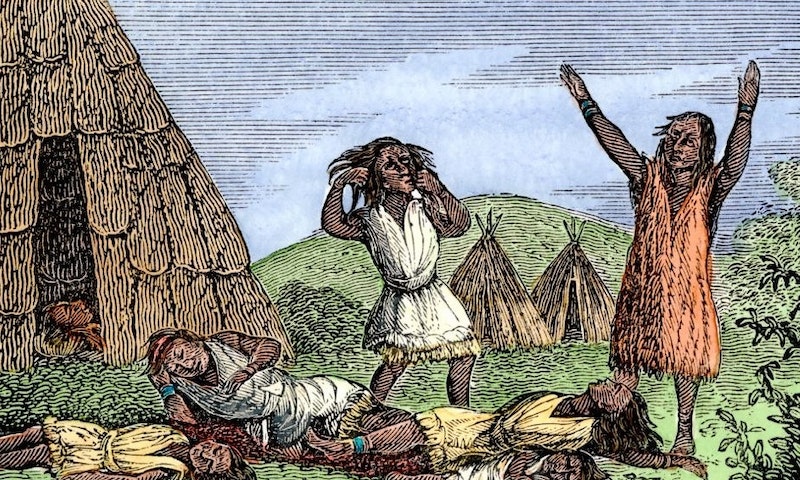 Everything’s moving at light speed and every day in America in March 2020 feels increasingly like the first 100 pages of Stephen King’s The Stand. Playing mental hopscotch over how long it’s been since you washed your hands, how many people might’ve touched that doorknob you just gripped, how many times you accidentally touched your face while smoking a cigarette? Should anyone be smoking right now? No, but if you’re in quarantine, and you’re not sick, please blaze. Smoke those cigs and keep American Spirit in business so we can give American Business back some Spirit. I’ve been inside for less than 24 hours and am excited about my new life.

I wish I didn’t have to say that Bernie Sanders let all of his supporters down on Sunday night at the debate, but he did. Sanders didn’t go for Biden’s neck in the most comfortable setting imaginable: no audience to distract, only one opponent, and an allegedly senile one at that. This should’ve been easy. But Biden was pumped full of industrial-strength speed before going into that CNN studio, and he barely tripped up over himself in two hours. He didn’t have a single major “accident.” Biden did exactly what politicians are supposed to be good at: lying with confidence. And he did, dozens of times, and Sanders barely pushed back. When Biden claimed Sanders had “nine super-PACS,” Sanders merely laughed and asked Biden to name them. “Ah, come on, maaan…” This is where Sanders should’ve pressed. “Name them, Joe. Name one. Name eight.” He didn’t. He moved on. And as Sam Seder said in his debate commentary, Sanders is stuck because “he’s looking backwards.”

Seder’s been at the forefront of the COVID-19 pandemic for a few months, and listening to The Majority Report prepared me for a national lockdown like this. Seder’s analysis of the pandemic—that it would last for the rest of the year at least—got me into life during wartime mode. I don’t doubt that the rest of the year will be a lot like living in downtown Manhattan in the year and a half following 9/11, when no one thought the attacks were over and everyone was sure crazy killer cancers from the debris would otherwise bring us to our eternal reward. 9/11 was obviously a much more acute event, one that kicked the country into temporary solidarity that we’ve never been able to match since. We were atomized in 2001, but now? The media and the government have been so discredited that citizens are dismissing the CDC’s health guidelines as “media hype.” This is no one’s fault, I guess. Except the pangolins.

No need to bash in the heads of leftists and progressives at the convention in Milwaukee because it won’t take place. Oh no! Ah, don’t worry—Tom Perez and the DNC already have blood on their hands. Allowing primaries in Arizona, Florida, and Illinois to go ahead as planned yesterday despite the pandemic (Ohio Gov. Mike DeWine defied a court order and postponed his state’s primary for months—he and Larry Hogan of Maryland will almost certainly be presidential contenders in 2024, and their preemptive response in their respective states will, if things don’t turn full apocalyptic, provide plenty of material for future campaign ads.) What happens if the elections are declared illegitimate, as they should be? Well, it’s too late. To do that now would give Trump license to do the same in November. These primaries will take place and will certainly kill people. There is a 100 percent chance that the DNC has blood on their hands. Even if their evil and irresponsible actions only kill one person, it’ll be their fault.

Romney, Cotton, and McConnell are outflanking the DNC on the left as Sanders refuses to punch the below the belt. I’m not complimenting Sanders, because this has never been about him—how do you square #NotMeUs with “Joe Biden is my good friend”? You can’t. I understand why he feels that way, and if Sanders being a decent human being is his political downfall, that’s not poetic or tragic in any kind of interesting way. It’s a snuffing out of a flame that we desperately need now. If the GOP continues to grow more economically progressive and retains its socially conservative bedrock, what’s to say they won’t become National Socialists? Okay, enough for now—life during wartime is minute-to-minute, hour-to-hour. Stay at home, figure out everything you need to, keep your head down and keep moving. This won’t be over for the rest of the year.