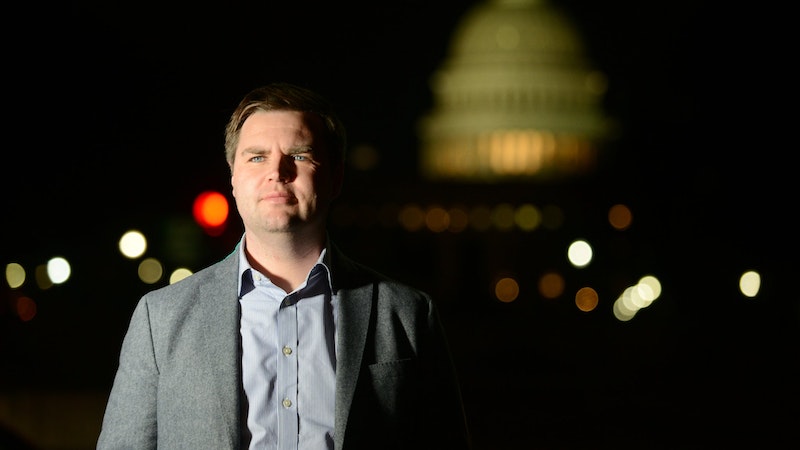 I’m not a sports fan—I’m bored by games in general, including that wordy color-blindness test or whatever it is that everyone online seems to be playing lately—but I’m already rooting for the defeat of the newly rechristened Washington Commanders. The name is a clumsy reminder that Washington, DC issues orders and the rest of us are expected to obey. It’s as obnoxious in its way as the propagandistic, authoritarian tone of the Olympics opening ceremony.

But sports isn’t the real enemy here. For all the brutality, primitivism, sadism, tribalism, and zero-sum win/lose thinking of sports—made worse by nationalism in the case of the pompous Olympics—politics is worse. Politics is also involuntary, so long as governments (or other, more anarchic threats of violence) exist. Involuntary, by definition, isn’t fun.

That’s why so many political figures devote their time to the pretense of being just like you, as if there’s no need to fear their preferences would ever diverge from yours. No divergence, no need to wonder where they’re taking you or what they plan to do to you when you get there. They’re all competing to see who can get you to a centrally planned economy fastest.

Take the Ohio U.S. Senate candidate J.D. Vance, with his oscillations between sounding like the populist who’s coming to save you from the depredations of capitalism and sounding like the party stalwart who’ll save Republicans from further embarrassment by Trump. It’s a safe bet that as the primary approaches in May, Carpet-Bagger Vance will sound like he has whatever principles are polling well, likely determined by that month’s stock market fluctuations but explained via homespun tales about his working-class upbringing.

One of the most positive spins on Vance’s oscillations was a Simon van Zuylen-Wood piece arguing that Vance is taking care not to let his “anti-woke” thinking devolve into classical liberalism and is striving to combine Trumpism with the milder “reformicon” (ostensibly-reformist conservative) tendencies of Ross Douthat circa 2010.

In short, if you squint, you can see Vance working to avoid libertarianism (that is, 19-century-style, small-government, classical liberalism) while also grinding a cultural axe, bashing global trade, and praising the most expensive parts of the welfare state—such as Social Security and Medicare, the debt-swelling, huge-ticket items that purported “reformers” such as Douthat are keen to leave intact, since a citizen is afraid to discuss tampering with them.

Whatever that makes the Vance agenda, it’s not really capitalism. Far from being a fresh set of ideas, it’s basically a watered-down version of the anti-economic, pro-big-government thinking celebrated in those Chinese ceremonies I mentioned earlier. If conservatives are just milder commies now, don’t expect me to get worked up making distinctions between the two philosophies or voting for either.

Vance is far from alone on the right in his bland attack on the market and private property. Florida’s Gov. Ron DeSantis, inordinately beloved by some pseudo-libertarians whose anti-regulatory thinking goes little farther than their dislike of anti-Covid rules, crowed on Twitter last Thursday about urging his state legislature to throw another $100 million of taxpayers’ money at fighting cancer. So much for the heirs to Trump’s populist mantle looking to dispel the illusion that government is generous and lifesaving. Unless they explicitly argue for the non-violation of property rights and the drastic and immediate shrinking of government, populist politicians will obviously deliver politics as usual with a few novel freebies tossed in.

I hope paleolibertarian-ish ex-punk Sam Goldman is right to argue the fumbling of the Republicans’ populist team post-Trump might yet yield a return of the delayed “libertarian moment” in American politics. If there are any signs of hope in that regard, though, I don’t think they take the form of any politicians but rather private-sector phenomena like that shining “Castello Cube” made of $11.7 million worth of gold that appeared in Central Park last week (likely inspired by the 1990s sci-fi novel Cryptonomicon) heralding the launch of yet another cryptocurrency.

I’m not saying this is the coin that will end humanity’s reliance on government’s arbitrarily-inflated fiat currencies, but government’s tyrannical hold over humanity is more likely to be ended by some exogenous phenomenon like that than by any internal “reforms” government itself endorses or generates. Lately, all the world’s political teams—leftists, liberals, conservatives, moderates, most anarchists, even some “libertarians”—badmouth or at least rhetorically shy away from unregulated, laissez-faire markets.

In the 20th century, they might all at least have agreed that the USSR was terrible and promised not to replicate its errors. With European Communism gone and Chinese Communism seemingly a taboo topic among obedient Westerners, our political players are free lazily to forget what a society without market mechanisms looks like. Rep. Alexandria Ocasio-Cortez is free to denounce capitalism as “irredeemable,” as the economically ineducable and inflammatory New York politician said a few days ago on a trip to Austin, TX—the sort of liberal town where she probably hears as many youthful cheers for her extremism as she does back home in New York City, though both places owe their freedom and prosperity to markets.

But it’s not just quirky post-libertarian right-wingers and left-wing backbenchers who are out to destroy capitalism. Boring old President Biden and his ostensibly centrist pals can do that just fine all by themselves. Among other things, Biden plans to triple the amount of “protected” (that is, government-controlled and largely unused) land in the U.S. and wants half again as much federal spending as when he took office, though his agenda is notoriously sputtering. And the White House still finds time to tell Spotify it needs to go farther in silencing easygoing non-partisan conversationalist Joe Rogan (Jon Stewart, by contrast, urges people to let Rogan speak).

Make enough “mediocre leaps forward” like Biden’s and it won’t much matter if you keep claiming not to be a full-blown socialist. America will be socialist nonetheless. It won’t matter one bit that libertarians and conservatives used to complain more explicitly about that threat back in the 1980s, when their principles were clearer and more consistent, back when they didn’t always shift around in an embarrassed fashion looking for something else to talk about, like pot, immigration, or sex. Now, every political team of any appreciable size is either silent on econ or battling for the collectivist gold.