The former Beatle was trying to make a feminist point, and there was no racist intent. 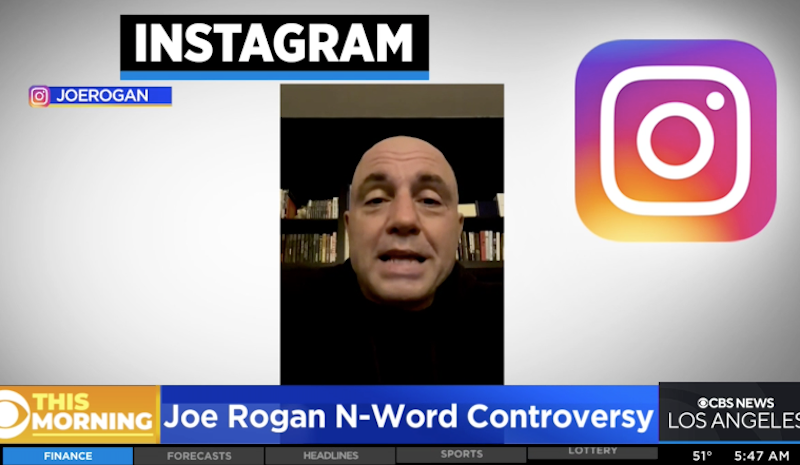 John Lennon and Yoko Ono released "Woman is the Nigger Of The World" in 1972. There was an outcry over the most taboo word in the English language (at least when it's spoken by white people), but Lennon was defiant, refusing to apologize. He appeared on Dick Cavett’s show and read a statement by Ron Dellums, the Chairman of the Congressional Black Caucus: "If you define 'nigger' as someone whose lifestyle is defined by others, whose opportunities are defined by others, whose role in society is defined by others, the good news is that you don’t have to be black to be a nigger in this society. Most people in America are niggers."

It wouldn’t happen today. No politician would speak like Dellums, nor would any record label go near the song. The former Beatle was trying to make a feminist point, and there was no racist intent. But five decades later a white person's not allowed to say the word, regardless of the intent. It must be called the N-word, as Joe Rogan's learning the hard way now. The comedian and podcast host's been a target of progressives, especially since he came out as an anti-vaxxer, so they went through his archives and found repeated use of the forbidden word, but not in a racist way. He wasn't demeaning black people. Rogan's a comedian, and comedians like to push boundaries.

Some on social media chastised Rogan for using the "hard e-r" ending to the word instead of the "softer a," but it's doubtful that this would’ve helped him. Even though that version of the epithet appears in countless rap songs, a number of white people have found that just repeating the lyrics to those songs lands them in hot water. There's never been another time in history when people had to self-censor while singing.

In his apology on Saturday, Rogan said he wasn’t racist and that he used the word in context while referencing a Richard Pryor album and the film Pulp Fiction.The video that was compiled to bring him down didn't show any such context, of course, because that's how it's done. However, his comparison of a black neighborhood to Planet of the Apes was a racist statement. Rogan did apologize for using the N-word but a poor attempt at humor is what really called for an apology. Still, I haven't found any other racist language from Rogan, so I'll chalk that one up to poor judgment in an unscripted moment.

Some public figures have found that defending Rogan now comes with too high a price. Andrew Yang, former presidential candidate, said on Twitter that Rogan's not a racist, but then deleted it after saying that he learned that what he'd tweeted had "hurt people"—spoken like a politician. Actor Dwayne "The Rock" Johnson also tweeted in favor of Rogan, to which successful novelist Don Winslow responded, "Using your platform to defend Joe Rogan, a guy that used and laughed about using the N-word dozens of times, is a terrible use of your power." Then two old videos surfaced—one of Johnson calling someone a tranny, and another of him mocking the Chinese language in sing-song tones. The Rock backed away from supporting his old buddy.

Then came the twist that highlighted the absurdity. Winslow, progressive political activist, fell victim to the Streisand Effect. Rogan fans began combing through his books after his tweet and they found that the novelist/hypocrite had often used the word that must not be spoken. So it's fine for Winslow, in his mind, to do what Rogan isn't allowed to do. I have experience with Winslow in that he once sent me, unsolicited, one of novels. He followed me on Twitter for but one day I found out that he'd blocked me, although we'd never exchanged cross words. I like his books, but Winslow embodies the intolerance of current progressivism.

But the smug author will walk away unscathed because he holds the correct political views that immunize him from charges of hypocrisy and racism. If his politics were different, he'd be being accused of profiting from hate. If you google "Don Winslow and Joe Rogan," all the media outlets you see reporting on this issue are conservative ones.

I hate the N-word when used as a racial epithet, and have never used it. Two or three people I've been close to over the years have used it in front of me, and I had a hard time dealing with the anger it caused. But words, even the taboo ones, have meaning only when taken in context. Don Winslow could explain that concept. If writers let words be taken away from them, it limits their powers of expression.