Fallacy of the Blimp

Words matter, and there must be accountability. 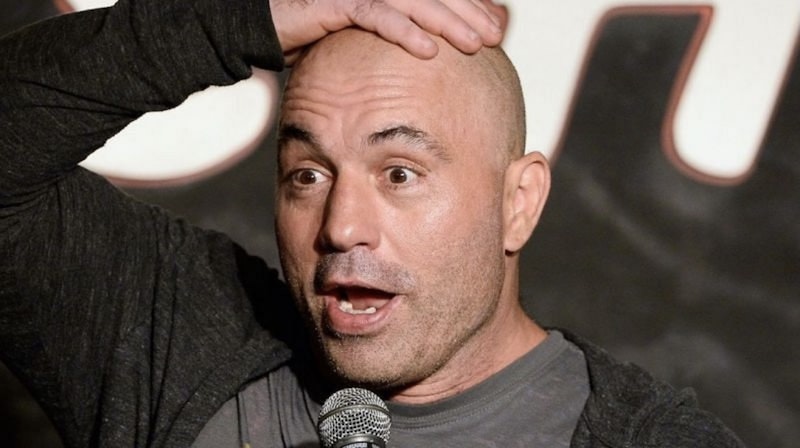 It's not surprising that people were outraged when, on November 7, 2020, Rudy Giuliani appeared in front of Four Seasons Total Landscaping in Philly, between the sex shop and the crematorium, to announce a series of legal challenges to the presidential vote in Pennsylvania. These challenges provedunsustainable. I'm having a bit more trouble, however, figuring out why people were outraged by Giuliani's appearance onstage on The Masked Singer, where his contribution didn’t appear to present any particular threat to American democracy or anything else.

When the Rudy revelation happened, judges Ken Jeong and Robin Thicke walked off the set in protest. They and others have had little trouble explaining why they don't regard Rudy Giuliani as eligible to appear on The Masked Singer. As Guardian columnist Arwa Mahdawi writes, "actions have consequences." Exploring her own moral orientation at the most general level, Mahdawi declares, "I'm all for giving people second chances. I’m all for giving people the chance to rehabilitate themselves. But that doesn’t mean forgetting and forgiving just like that; accountability is important."

This is an apt example of what’s the dominant rhetorical move of our times, one central to, let's say, youngish pundits, an overall approach to reasoning and persuasion. It runs like this. Let's say I want to argue that Joe Rogan's podcast should immediately be dropped from Spotify. I want to give reasons why you should agree with me. And so I articulate a principle or moral rule at the highest level of generality, something which seems so commonplace that it would be bizarre to disagree with it, or something so woolly that it's not even clear what it could mean to disagree with it. You throw this principle out there, and leave it at that.

The reason Rudy shouldn't be on TV, for example, is that "actions have consequences." It would take a very strong philosopher to prove that principle false. For example, Rudy's every gesticulation swirls the atoms around in his immediate environment. Insofar as a human action is a physical event, that is, it has physical consequences. So, I'm nodding along so far, Arwa. It's just that you've gotten nowhere near anything that has any bearing on this particular situation. Actions have consequences. Should some particular action of Rudy's have the particular consequences you're saying it should? You haven't gotten anywhere on that so far. If you're not the sort of person who sees this, you're not the sort of person who should be advocating your positions publicly. Reasoning matters, after all.

Let's take the popular sentence of now: "There must be accountability." For a certain sort of non-thinker or serial manipulator, this is directly a reason why, say, a particular Joe Blow should get a particular sentence for his alleged role in in the Capitol insurrection. If I were going to worry about "there must be accountability" as a general principle, defend it or attack it, I'd have to spend the next few decades strolling through the history of moral theory. But in responding right now to such pronouncements, I don't have to do anything like that. I just have to nod along and point out that this principle is completely irrelevant to whether this person actually did what you're alleging, or whether people who do things like that should face any punishment at all. It's a completely adequate response to agree that actions have consequences and that there must be accountability, but to point out that this action shouldn’t have these consequences and that this (reality TV ban) is the wrong way to hold the wrong people to account. If you want to engage in any sort of rational discussion, you'll have to come back down here toward planet earth.

We logic teachers probably need a name for this erroneous style of reasoning, or erroneous style of apparent reasoning. I think of it as the "blimp" fallacy, where the pundit's argument—liable to be exactly the same on every issue—consists of pointing at a big thing floating in the sky and saying, "Look at that!" It's not the fallacy of "hasty generalization," in which one too-quickly derives a general principle from a few cases. Here, you start and, roughly, finish with the generalization, not taking in any empirical data. It's the fallacy of wooly distraction, let's say, a "nomological" fallacy in which one states an irrelevant principle or tries to lull the audience to sleep with commonplace abstractions and contentless tautologies.

Roxane Gay's column in The New York Times last week was a showroom for this merchandise. She was, according to the headline, explaining why she’s taking her podcast off Spotify, responding like Neil Young and Joni Mitchell to the alleged vaccine disinformation purveyed by Joe Rogan. "I’m a writer," she tells us more than once. Hey, me too, and yet I disagree with you. "And because I am a writer, I know that language matters."

Now, "language matters," or "the words we use matter," or "representation matters": these are paradigmatic examples of the blimp fallacy. First, they're too woolly to have any particular meaning, which is why these people like it; it's like you’re humming a lullaby rather than conducting a debate. So I wouldn't worry about such declarations at all: just regard phrases like that as random squiggles or inarticulate grunts. "The language we use matters": in order to assess that, I'll need to read and write a few books trying to clarify what language is, and what it's for, and what sort of power it can possibly have under what circumstances, and how that shows itself in history. If you want to accompany me, Ms. Gay, it may be that at its end we’ll have some way to clarify and assess your declaration that language matters. As it stands, we've got nothing.

That "language matters" is fallacious when presented as an argument for removing Joe Rogan from Spotify is already evident to any competent reasoner. But in case you're puzzled, ask yourself whether someone could wholeheartedly endorse the claim that language matters, examine the situation carefully, and conclude that Rogan shouldn’t be removed. "Language matters" might sound good to Gay, and she might think it’ll sound good to everyone else. That doesn't give it any fucking content.

Also, "the words we use matter" is beautifully self-refuting, having a structure analogous to "this sentence is false." It shows clearly that not all words matter, that some combinations of them are empty, useless, trivial, disingenuous. By saying "There must be accountability" or "The words we use are important," Roxane Gay and Arwa Mahdawi demonstrate that the words they use have no importance to themselves. As you contemplate what to say next, let it be something rather than nothing, because otherwise that shit don't matter. After all, accountability is important.