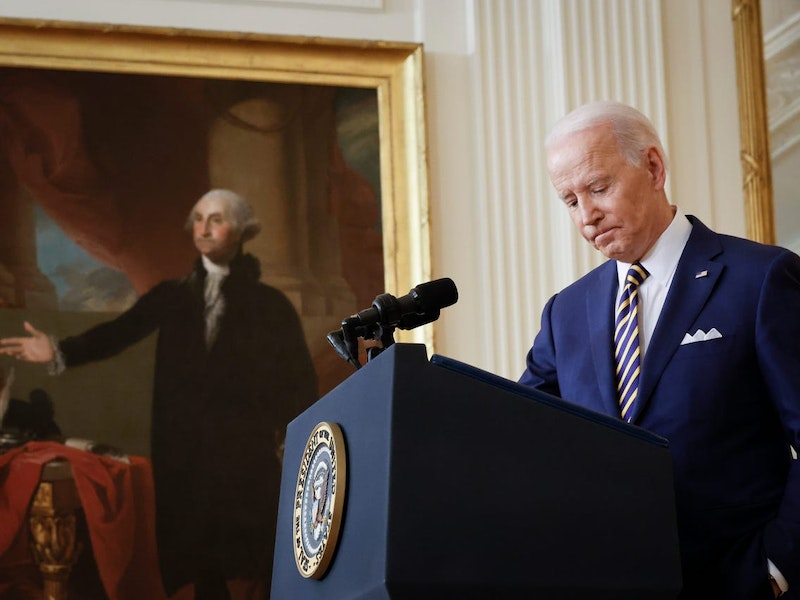 While Russia and China are eyeing Ukraine and Taiwan, another crisis continues in Washington, D.C. Total public debt outstanding topped $30 trillion this week for the time. As reported by The Wall Street Journal, that’s a “nearly $7 trillion increase from late January 2020, just before the coronavirus pandemic hit the U.S. economy.”

If you didn’t see this on television, there’s a reason. Media Research Center, which tracks networks, said ABC World News Tonight, CBS Evening News and NBC Nightly News all ignored the story. That’s a shame given (a) the milestone and (b) the true national debt is far greater than $30 trillion when you consider other factors. Truth in Accounting puts the true national debt somewhere around $141 trillion.

I worked as a television news producer in a few markets. News occurs, causing other stories that were planned for a newscast to never air. But all the networks should’ve done something on the debt, and it’s not a secret of how the topic should be covered. A producer could’ve written a few lines of news copy for the anchor to read before airing video of Republicans and Democrats talking about the debt. That’s all it takes, and that could’ve been done in a minute. So why don’t mainstream networks cover the debt? First, it makes Joe Biden look bad and further reduces the chances of his Build Back Better plan being passed. Remember, the multi-trillion price tag was among the reasons why Sen. Joe Manchin (D-WV) was a “no.”

Another reason is because the issue involves a lot of numbers and some newsrooms shy away from anything packed with math. I get it. Some of the audience may not understand, but it’s the job of a news outlet to cover and issue and explain why it matters. I talk to First Amendment and religious freedom attorneys on a regularly basis and always ask “Why should someone in another state or industry that has nothing to do with this situation care about and pay attention to this issue?” and more often than not, I get a nugget of information that drives the point home so as not to make a listener or reader tune out.

Russia and China are posing military and economic threats that are of grave concern to people in this country, but equally troubling is the fact that we’re deeply in debt and need to have a functioning government to defend and operate the United States. Elaine Parker, economist for Job Creators Network, told me: “Interest on the debt will start to crowd out our routine spending that ordinary Americans and small businesses rely on, [so] it will threaten our way of life. As we see net interest will actually quickly soar from just a few hundred billion a year in wasteful spending to over a trillion dollars a year if the Fed is forced to raise rates and deal with inflation.”

Parker says it’s not just Democrats that are to blame. Republicans have also talked about spending for as long as I can remember and we’re still in debt today after both parties have had control of Congress and the White House. It’s the job of legislators curb the debt. It’s our responsibility to be aware of the issues and to lobby our legislators for action. If news outlets and people in general continue to ignore it, they’ll be doing so at their own peril.