The Wish for Jesters

The left likes a fist in the face more than a crude jest. 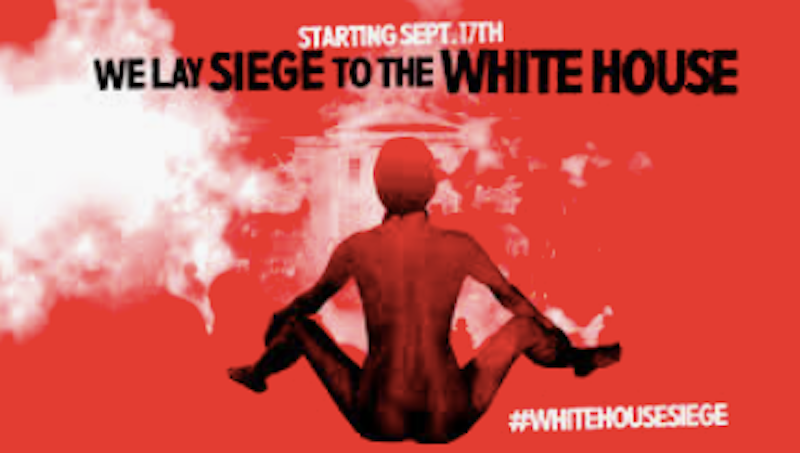 Lewis Lapham’s 1993 book The Wish for Kings described the U.S. as a place that once combined individualism and egalitarianism almost by instinct. Resenting bureaucracies and commands from higher authorities, Americans prior to the 20th century often dreamed of being self-supporting yeoman farmers. Though many aspects of life improved over the next hundred years, that period also left nearly every person a corporate employee or ward of the state, arguably less able to imagine flourishing on one’s own terms, the proliferating diversity in hair dyes notwithstanding.

Now we must beware, Lapham warned, people with the formerly un-American desire to be done with messy, decentralized democratic processes and institute rule by monarchical or strong-man decree (in many ways I agree, and you can hear me complaining about fascistic tendencies among border enthusiasts on Bretigne Shaffer’s podcast here).

You can see how one might be tempted to glide right into the left-liberal wariness about Trump here. But it matters what Americans who support him think his role is. Despite his autocratic temperament, I think they want him to serve more as national jester than as king. Our fates may hinge at the moment on whether the violence and chaos that the left is stoking, not to mention the economic destruction health authorities have encouraged, look to most Americans like forces that demand a resurgent bureaucracy’s response or like all the more reason to laugh at street-rioting lunatics and germs and then let the jester declare a resumption of festivities.

To other politicians fall the unpleasant, far more serious tasks of confronting international and domestic threats. The Republic National Convention last week featured the odd and little remarked-upon juxtaposition of Sec. of State (and former CIA head) Mike Pompeo appearing live from Israel, followed by Sen. Rand Paul lauding the idea of Trump as an anti-war president in a way few Republicans in the past 60 years would. The awkward combination may have helped reassure some moderate voters the U.S. is neither withdrawing from the world nor planning to bomb it all.

Less orchestrated but perhaps just as helpful to the Republicans in the long run was Paul’s post-speech run-in with the leftist mobs waiting in the street outside the convention. One can be libertarian in the best sense of that word while being at odds with anarchy in the worst sense of that word.

Paul’s record of denouncing police militarization, racism in policing, and the drug war is clear, so he has to be taken more seriously than most Republicans when he says, summing up not just his walk away from the convention but many Americans’ view of their city streets in general right now, “The threats [from the leftist crowd pressing in around Paul and his wife] were to F you up, to kill you… The threats were, if they could get ahold of you—and I truly believe with every fiber of my being—had they gotten at us they would have gotten us to the ground. We might not have been killed. We might just have been injured by being kicked in the head or kicked in the stomach until we were senseless. You’ve seen the pictures. Most of the networks will not show the pictures of this. This is happening in all of our cities. It’s got to stop, and thank God for the police… They were trying to get people, you know, away from us even in the hotel. People were following us into the hotel.”

While visible evidence of the left-wing menace accumulates, the pro-Biden forces, even very mainstream ones, engage in embarrassing and baseless fantasies about how they’ll physically, militarily remove Trump from office after he loses and (they compulsively imagine) refuses to leave office. Given the left’s erotic fixation on that scenario, can you blame people on the right for eventually starting to wonder if the real plan is instead for the Democrats to forfeit the election in November and then stage a domestic analogue of the “Color Revolutions” that have semi-bloodlessly toppled mildly autocratic regimes in places like Ukraine? They appear to have picked out the color Black already, if it comes to that.

The Canadian leftists at the group Adbusters would be onboard, no doubt, and have already intemperately, amidst a volatile political environment, declared Sept. 17 the start of a “fifty-day siege” of the White House (nine years after they pushed Occupy Wall Street). Maybe that won’t turn violent, even after some of the rioting of recent months. Maybe it’s not at all out of bounds, protest-wise. But it’s definitely meant to be unpleasant and confrontational at a time when most Americans would probably appreciate some kindness and levity. The left has accomplished the once unimaginable by making Trump look like the easygoing, light-hearted one.

Meanwhile, our actual so-called comedians are full of red-faced rage, John Oliver saying “Fuck Danbury” over that Connecticut town’s shortage of black jurors and Sarah Silverman, who for a little while had a TV series ostensibly aimed at bringing Americans together amicably despite political differences, swearing uncreatively at the First Lady on Twitter for being “complicit” in her husband’s evil regime. Something’s wrong when the government of Danbury ends up looking funnier than Oliver in their clash, renaming a sewage treatment plant after him. I worked in a Connecticut sewage treatment plant years ago and know how funny-looking some of the unusual insects at these places can be.

Trump is also funny at times. He’s a good jester, and that’s an important job, as Shakespeare understood, sometimes depicting the old tradition of the jester being allowed to criticize aspects of politics the proper folk never could. The left, by contrast, is grim, humorless, and terrifying lately, and surely that plays into Trump’s hands, maybe far more than the polls so far reflect. But the left is too far gone to change course now. They’ll just have to hope their rage-siege works and people vote as if they think the voting booth is an extension of angry storefront looting runs. I’m not convinced most Americans want their society to work that way, though. Not yet.