America, a Galaxy of Pain

Countdown to the collapse and contest: November 3rd is 64 days away. 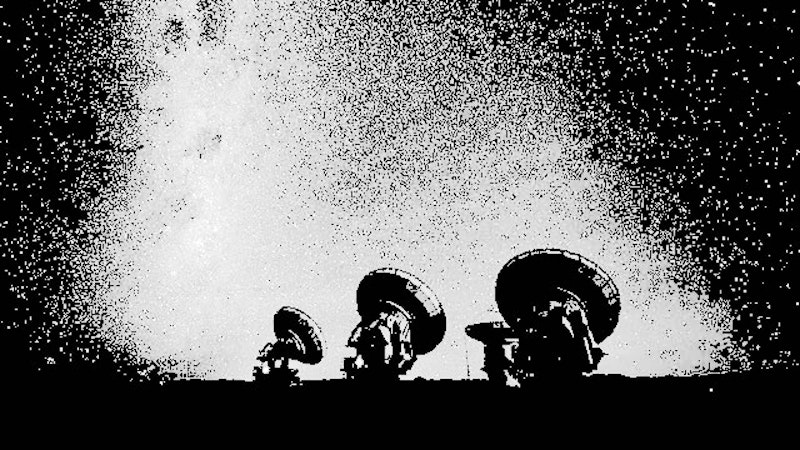 “When everybody renounces their principles and values, it creates a country alienated from itself. This is the case here. In our society, people don't dare say what they think, whether they voted for Allende or what they were willing to do. Few dare to talk like that. People say, ‘I had nothing to do with it.’” A woman says this about Chile in Patricio Guzmán’s 2010 short film Chile, a Galaxy of Problems, and other than its one prominent proper noun, that quote could be grafted onto the United States, the United Kingdom, most of Western Europe, really the whole world over. In the same film, a man says that 40 percent of all Chileans who go through primary, secondary, and university schooling “can’t understand what they’re reading.” They speak of textbooks, and America isn’t far off.

American children don’t learn about the coup d’état in Chile on September 11, 1973. Salvador Allende gave his final radio address to the country, signed off just as La Moneda was being bombed, went to his study and shot himself in the head with an AK-47 that Fidel Castro gave him. Half of Allende’s cracked horn-rimmed glasses survive in the National History Museum in Santiago. Augusto Pinochet never could’ve pulled off the coup without the help of the CIA and lots of American money, and his 17-year reign was as brutal as any other autocratic regime we’ve condemned or clandestinely supported. This was less than 50 years ago, and we don’t learn about it for obvious reasons: America won.

The absence of any leadership or guidance has already accelerated the balkanization of the country into bubbles and bunkers where everyone is allowed “their own truth.” There’s Nicholas Sandmann, who shrewdly sued more than half a dozen major media organizations and stupidly took a job working for Mitch McConnell; there’s the Kenosha shooter, around the same age, whose mom drove him to the protest; there’s the crowd in the Rose Garden who prayed the corona away while watching Donald Trump accept the GOP nomination a second time; there are the protestors who confronted hundreds of attendees as they left the White House that evening, hurling epithets and aerosol droplets as fireworks stained the sky with “TRUMP 2020.” All of these people believe they’re doing the right thing, and that they’re being proactive about improving their country. All they’re doing is pouring gasoline on the flag.

The RNC is always a more effective and convincing production than the DNC, inveterately inhibited and incompetent. If the election were held tomorrow, Trump would win. Nancy Pelosi’s insane suggestion that Biden shouldn’t “dignify” Trump by debating him was at least denounced as such by NBC and CNN, but it’s of a piece with her hint that all future DNC’s will be “hybrids”—half in person, half virtual. Pelosi, McConnell, and all of the lobbyists who spend billions of dollars to make sure they get to decide what ends up in textbooks and what doesn’t—these people love the protests. They love that the underclass are tearing themselves apart, completely disorganized, confused, and increasingly violent. At least that's what they look like online and on TV, and that's all that matters.