Its hit piece is dishonest and misleading. 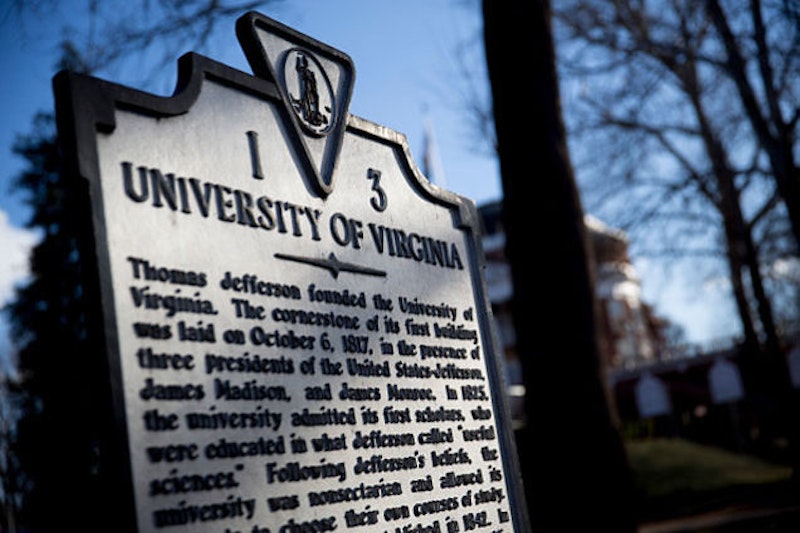 The Internet, with its clickbait mentality, is certainly one reason for declining journalistic standards, but the traditional print medium has slipped as well. Take last year’s article in Rolling Stone, a description of a gang rape at the Phi Kappa Psi frat house on the University of Virginia campus that apparently never happened. The university is still struggling to recover, for the simple reason that industry standards were ignored in an attempt to produce a blockbuster story.

Most journalistic faux pas are far less consequential—often merely embarrassing—than the Rolling Stone fiasco. An article by Olga Garnova now appearing on the Japan Times website has perhaps the most ridiculous single paragraph I’ve ever read in a major publication. In a piece about how foreign men supposedly have it tough in Japan, the writer cites the example of a young man named Jim, whose marriage to a Japanese woman apparently crushed his dreams. In abbreviated form: "Jim, an American in his late 20s, used to be a very passionate young man. He claimed he was a communist—a Stalinist, even. He dreamed of graduate school, an academic career and, one day, even leading a riot. But instead, he got married to a Japanese girl and already had children by the time he graduated. It’s difficult to see how he will ever have the money or mobility to realize his dreams."

Those Japanese women, they sure are dream killers. A Stalinist idealist thinks big and wants to lead a riot some day, but all he gets is a wife and kids.

Garnova's piece was just a bit of silliness allowed to run under the banner of the Japan Times by an editor who was either incompetent or nonexistent, but Petula Dvorak's article, headlined, "Is U-Va. Going Bravo Network On Us?" in the Washington Post print edition on March 23 is more disturbing, given the seriousness of the topic. Written to probe the malaise that has supposedly afflicted the University of Virginia, the author begins with a description of the historical roots of Jefferson's university. She then moves right into the brutal treatment that UVA student Martese Johnson was subjected to on St. Patrick's Day by Virginia ABC (Alcoholic Beverage Control) armed officers after he was suspected of trying to use a fake ID to enter a bar. Dvorak claims that this shameful incident is evidence that "something is wrong in Charlottesville."

The ABC officers are state employees who have no affiliation with either Charlottesville or UVA, yet this is a Charlottesville problem, or maybe a UVA problem? What Johnson’s bloody takedown on the pavement on “the Corner” in Charlottesville indicates is that there’s a serious problem with the enforcement arm of Virginia’s ABC, which just lost a lawsuit to another UVA student who ended up being charged with a felony after a bumbling posse of ABC goons mistook her case of water for beer at a Charlottesville grocery store.

Dvorak then writes that UVA is once again “front and center” (as in "controversy"), as Charlottesville police had just announced that their investigation found no evidence that the alleged on-campus rape reported in Rolling Stone ever occurred. A devastating charge—and a huge black eye for UVA—has just been debunked, but Dvorak glosses over this and goes for sensationalism, implying that the police announcement was just a continuation of the scandals that have rocked the university.

Bizarrely, the author continues in the next paragraph: "The string of events at UVA sounds more like the season line-up for Bravo Network than from a highly selective 'public Ivy.'" That UVA was not able to preemptively stop ABC thugs from bloodying the face of one of its students, or that Rolling Stone ran a made-up story makes it the new Breaking Bad?

Dvorak then moves on to the “kidnapping/killing” in Charlottesville, which is a reference to the murder of UVA student Hannah Graham last year. The man who was charged, Jesse Matthews, had sexual assault charges brought against him at two separate universities in the past, but was not given much more than a slap on the wrist, putting him back on the street to—allegedly—commit this murder, and probably several others. The blame should be pinned on the schools that let a known sex offender walk free, but somehow this is also the fault of Charlottesville/UVA (Dvorak seems to conflate the two in this article)?

Dvorak exhorts UVA to stop clinging to tradition or waxing nostalgic for the days when the school was all-white and all-male. She tells UVA that it must cling to its founding principles of "honor, academic rigor, respect and integrity."

It's doubtful that Dvorak saw the irony of invoking principles that were not in her attack on UVA. Where is the rigor or honor when you imply that police announcement of no evidence a crime occurred is just more business as usual for the scandal-plagued school, or insinuating that UVA is at fault for Martese Johnson's facial stitches?

Yes, UVA has a lot of work to do. It fosters a culture that led to one of its lacrosse players killing a fellow student, and sexual assault has long been a dark secret on campus. Rolling Stone failed miserably in its story (like others, I was taken in). Petula Dvorak is just piling on at this point. Her story was sensationalistic, misleading and dishonest. It has the feel of something that started with a conclusion and worked backwards, reverse-engineering the premises to fit that conclusion.