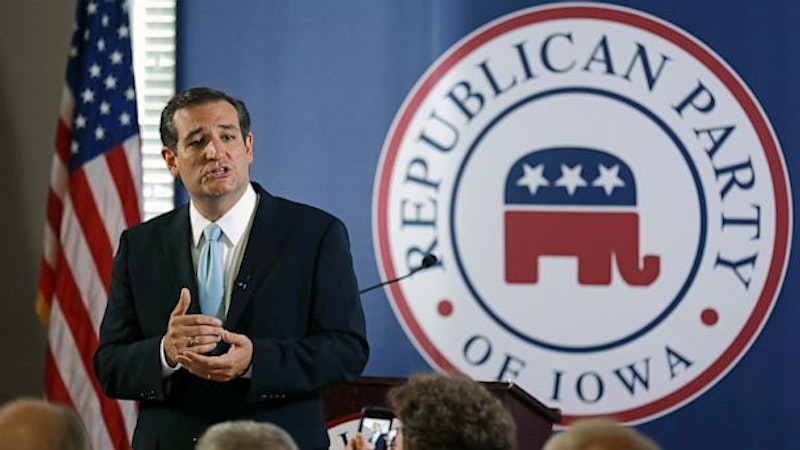 Sen. Ted Cruz’s leap this week into the 2016 presidential race has a familiar feel. Since 1980, at least one Texas Republican has run for president each cycle. Cruz, alum of Princeton, Harvard Law and a former Supreme Court clerk, is only the latest Lone Star State Republican to try for the White House.

Cruz chose to make his entrance to the 2016 field at Liberty University in Virginia, a prominent evangelical school founded by Jerry Falwell. “Cruz is signaling he’ll court religious conservatives as well as small-government tea-party activists as he competes to become the lead anti-establishment candidate in the party contest,” notes Bloomberg Politics.

That’s in-line with some past GOP Texas White House aspirants, less for others.

Bush only lasted one term in the White House. By 1996 a swath of Republicans aimed to take on his vanquisher, Democratic President Bill Clinton. GOP Sen. Phil Gramm seemed a natural, having been an outspoken opponent of the Clinton health care plan and a down-the-line conservative. But Gramm bombed against Bob Dole and lesser rivals, and was soon out of the race.

Presidential namesake George W. Bush has had the most success of any Texas Republican. Then-Gov. Bush romped to the 2000 GOP nomination and the White House. He even won a second term, besting his father’s record.

The next couple of Texas Republicans weren’t so successful. By the time libertarian-leaning Rep. Ron Paul ran in 2008 and 2012 he had actually been a presidential nominee, representing the Libertarians in 1988. He only scored about 0.4 percent of the vote that time, but made his small-government voice heard.

Ron Paul’s platforms 20 years later reflected the same doctrine—ending foreign aid, return to the gold standard, abolishing the Federal Reserve. Despite a vocal cheering section among libertarian-minded youngsters, Paul came in near the back of the pack in the New Hampshire primary and other contests each time.

In 2012 Texas Gov. Rick Perry didn’t fare much better. After an infamous debate brain-freeze about which federal agencies he would eliminate, Perry came in fifth place in the Iowa caucuses and skipped the New Hampshire primary. With polls showing Perry trailing in the upcoming South California primary, Perry soon announced that he would be dropping out of the 2012 presidential race.

Perry’s looking to make a comeback in 2016, sporting smart, hipster sunglasses and a supposedly improved command of federal issues. But he’s likely to face a tough road against his fellow Texan, Sen. Cruz, known for his take-no-prisoners rhetorical style.